Early on in my weightlifting career I became loyal to the 82.5kg weight class – to the detriment of my entire competitive career. Learn from my mistakes and choose the right weight class for you.

I lifted in my first Olympic meet in 1967 when I was seventeen years old, 175cm tall, and weighed 80kg, quite muscular for an untrained high-schooler. Looking back I seem to have developed some sort of unconscious loyalty to that weight category. This would affect my potential for some years before I realized my error.

In the 82.5kg class I was a bit rangy. I knew that Tommy Kono was only 168cm and Gyozo Veres only 165. I would sometimes lift at 90kg but never any better than at 82.5. (Even at 90kg I was a bit tall). I could still perform my best lifts even after five kilo train-downs. Because of that my Sinclair score was better at the 82.5kg weight class. People suggested I move up to 90 or even higher since I certainly had the height to go there. But I stubbornly tried to stay in the 82s (even though I sometimes didn’t make weight) thinking I could keep making progress. My fat percentage was higher when I went to the 90s so I reasoned, “Since fat cannot move iron, why get fatter?”

While this statement is true on the surface, it is not necessarily so when trying to lift at one’s strongest and most efficient bodyweight. During my own pubertal growth spurt I had gained 15kg (all lean) in the ninth grade. I figured future growth could all be lean if I watched my diet. I didn’t realize how this was undermining my progress.

Meanwhile I had entered university. There, like all business students before and after me, I learned about the concept of “diminishing marginal utility” in my economics courses. This is just a fancy microeconomics term for “the law of diminishing returns.” It works in all aspects of life. We learned how it applied to demand curves. After some extrapolation I saw that weightlifting totals are also subject to it. They rise fast with little work in one’s novice days, and then move progressively slower and slower even as one works harder and harder.

What I was slower to realize was that the same phenomenon was also operative in managing one’s bodyweight. What this means in our sport is after a certain point one cannot gain more muscle without simultaneously adding more fat. This gives rise to the “lean-to-fat gain ratio” phenomenon, which will not be consistent over age and weight ranges. To illustrate, skinny young kids will have an almost 100:0 ratio of muscle to fat gain – 100% muscle, 0% fat. Older and more experienced athletes will experience a less favorable ratio, perhaps 50:50. An elite level super who is already 135kg may have to put up with a discouraging 10:90, and that may be the best he can hope for. As a consequence fat percentages rise, especially as one goes up the weight categories.

At this point many will ask “Why don’t these lifters just diet the weight off, or do some cardio? After all, athletes in other sports like wrestlers can keep their fat percentages low.” This could indeed be done, but what then happens is as the diet proceeds some of that hard earned muscle will also disappear along with the spare tire. If cardio is the reduction method of choice that will cut the fat, but the exercise will cut into the energy needed for weight training and also train the body in unwanted ways, cancelling any strength gains. This is not to suggest the opposite extreme – of eating unwisely and gaining too much fat – since that will result in speed, balance, and flexibility losses. Weight gains should be slow and steady. 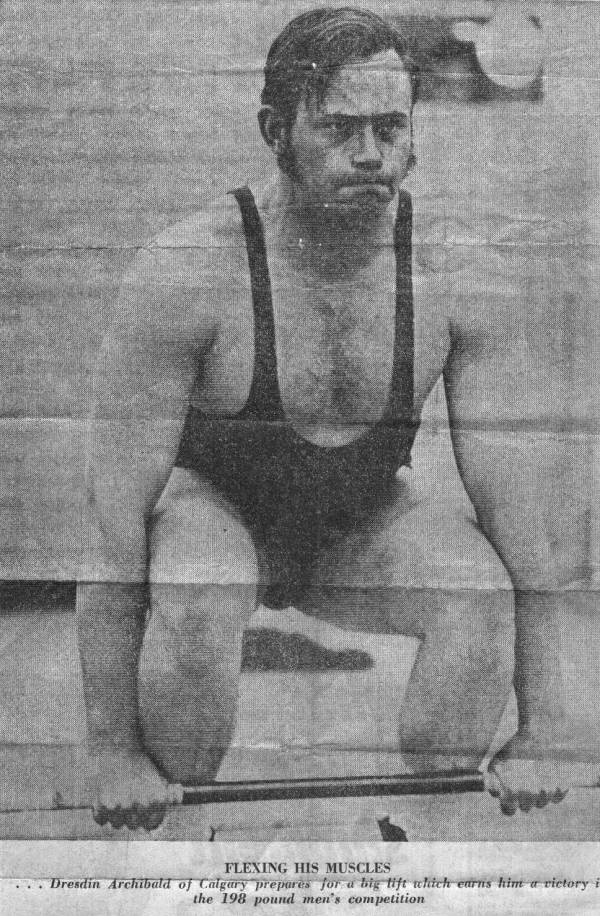 Back to my experience. In time I found 82.5kg harder to reduce to each time until one time I just couldn’t do it. My body would not take it any more so its weight finally started to rise, whether I liked it or not. I grew right through the 90s and had to lift as a light 100kg. At 93kg I finally did lift significantly more. I was a bit softer there, but I felt and was much stronger. I eventually got the message that the body needs to get bigger if it is to get measurably stronger. All the while I had been laboring under a delusion. That was the fact that since my Sinclair was higher at 82.5, that was where I should lift. I never tried to see what I could do if I permanently went to 90. I didn’t notice my lifts were not able to increase even at 90 since I was constantly fighting bodyweight. It was all I could do to make weight, leaving my body so depleted I could not lift more than last time. Once I realized I was not a natural 82.5, I started to lift more appropriate poundages without also constantly trying to starve myself.

Unfortunately I retired from active competition at that time and never had enough time left to profit more from this lesson. Today’s younger lifters can learn from my mistake though. The big lesson is to match your category to your height. Don’t force your bodyweight into a lower category so you can win gold in a meaningless local meet. Think long term about where you should be as an elite lifter. Let it get there slowly but give your body some fuel if it is screaming to grow.

In summing up, fat per se still cannot lift iron, but it is something one has to live with when arriving at their strongest and efficient bodyweight.