So, the title may sound weird, but it does beg a question similar to “which came first the chicken or the egg?” What does come first when it comes to pull ups or muscle ups, the strict or the kip?

Now, I cannot speak for every CrossFit gym out there. Every gym has its own dynamic and group structure. Not every coach teaches the same or has the same course of action when it comes to teaching bodyweight movements.

So, the title may sound weird, but it does beg a question similar to “which came first the chicken or the egg?” What does come first when it comes to pull ups or muscle ups, the strict or the kip?

Now, I cannot speak for every CrossFit gym out there. Every gym has its own dynamic and group structure. Not every coach teaches the same or has the same course of action when it comes to teaching bodyweight movements.

This is true especially of the pull up, which is essential to pretty much every CrossFit workout.

CrossFit WODs usually incorporates pull ups somewhere, or a movement similar to a pull up, like ring rows. So it’s important to know how to progress and the importance of practicing this exercise regularly.

So what is the answer to the question, what comes first?

Well, the most common complaint I hear in my practice is “I hurt myself doing kipping pull ups.”

And the most frequent question I ask is, “Do you have your strict pull up?” About 99% of the time the patient says they do not have their strict pull up or they have only done it once or twice and never practiced it again.

It is always important to learn the strict movement before the kipping movement.

Strict movement builds strength. We all pretty much know that anything thing strict is building strength in specific muscle groups. There is no momentum involved in the movement, thus you must rely on the muscles and how much they can move under load (your load in this case is your bodyweight) versus inertia that is generated during kipping movements.

Just think about it, if you weigh 150lbs, then your load is 150lbs when you are doing a strict pull up or strict muscle up. When you are doing strict movements you are also utilizing time under tension.

Kipping movements are fast, that’s why we kip when doing time sensitive WODs. When a strict movement is involved, there is no period of weightlessness in the body (unlike the kip), so your body is in constant tension with your weight. Time under tension builds strength by using concentric and eccentric contractions, which also have an added benefit of building bodily control in the movement. 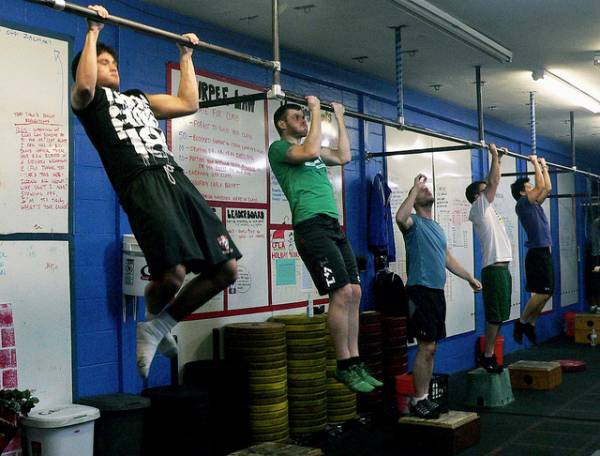 You might be wondering what the heck concentric and eccentric contractions are.

The bicep shortens while the amount of tension is increased. An eccentric contraction is the opposite; the tension is maintained as the muscle lengthens. For example, usually when people first start learning the strict pull up, they perform negatives.

So you start at the top of the bar and slowly work your way down. The muscle is lengthening as it is in a state of contraction or tension. You need both types of contraction to build the strength to perform a full range of motion strict pull up or muscle up.

So we all know the strict pull up and muscle up preps muscles such as the latissimus dorsi, serratus anterior, lower trapezius, and others, but do you realize that doing the strict movement preps your smaller muscle groups to protect your shoulder girdle from the intense movement of the kip?

Other muscles that are being utilized also include rhomboid major and minor, serratus posterior superior, and biceps. These small muscle groups are essential to keeping the shoulder supported and mobile.

When doing strict movements you are building up those smaller muscles to support the shoulder and prevent slap tears, bicepital tears, shoulder dislocations, and glenoid labrum tears.

That’s just to name a few injuries that can come about from kipping too much. You only have one body. If you injure yourself because you did not properly progress into the kipping pull up, you will be out for at least six weeks rehabbing yourself, then you will have to start at square one. No one wants to be in that position, ever. 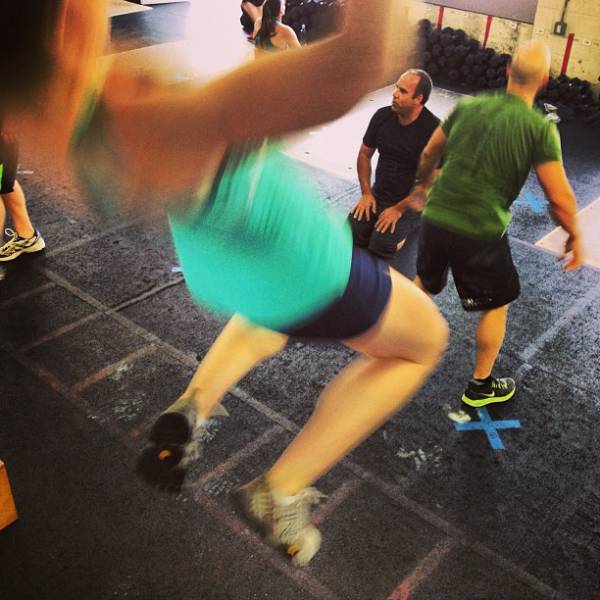 Strict movements prevent the crazy kip. Many times when someone does not have the strict pull up or muscle up it is obvious to see. The reason being is they tend to have a very large, or what I like to call “wild,” kip.

This stems from lack of strength in the shoulders and back, therefore the athlete has to use momentum rather than strength to pull up to the bar or rings.

If you have the strict pull up, the kip comes easy. Your kip will have a smaller base, which prevents injuries, most importantly, but for those of you who are competitive, it is also much faster to have a smaller base in that you are able to recoil back into the next pull up rather quickly.

Remember, the more you have to move forward and back, the more apt you are to have repetitive use injury. This is especially important for those who butterfly kip. If there is no strength in your base, your chances of injury go up significantly.

There are so many progressions that you can do to learn your strict movements. The most important thing is to constantly work on your form and strength building, even if that means your pride may suffer a bit (for those of you who are heavy kippers).

Remember, it’s difficult to go from kipping to a strict movement, but it’s much easier to go from a strict movement to a kipping one. Kipping is just a tool to utilize to be faster during WODs that are time sensitive, but the strict movement is translated in all most everything you do in CrossFit. Take care of your bodies; you only have one to work with.