Throughout history, there have been many eastern and western forms of medicine that have come and gone. Some have survived the test of time. Others have been considered to be more “trendy” while other techniques are meant to repeat themselves over time. Today, myofascial decompression, better known as cupping, has made a return to western society, especially in the physical therapy and athletic training room settings.

I was first exposed to this over a year ago. At the time, I didn’t fully understand it nor did I see it benefiting any athletes. This past summer a colleague took a course and was actually shown how to properly set up and use myofascial decompression (MFD). I was rather impressed with the results. So, naturally, I took the course in December. Since then, I have seen fairly good results with getting athletes to return to the playing field after other ‘traditional’ methods did not seem to work.

Cupping has origins dating as far back as Egyptian hieroglyphic writing around 1500 B.C.1. However, the earliest recorded methods may have been between 281-341 A. D.2. Cupping, also known as jiaofa, continued to be part of both eastern and western practices. By the mid to late 1800’s, criticism surrounded the method and western practitioners began to decline. Western science and medicine was looking to discredit eastern practices because there was no scientific backing to what was being performed1. Chinese Medicine and other eastern medicinal therapies continued to progress in other parts of the world.

Cupping began to return to western practices in the mid to late 20th Century with the development of both glass and plastic cups2. Although there is still no concrete scientific evidence to the effectiveness of cupping, there seems to be a positive outcome in most cases. I can say this from experience: after having taken the course, I have been applying the procedures to various athletes and I’m still amazed and shocked at the results I have been getting.

I have been using myofascial decompression on a wide variety of athletes over the past two months. The results have been rather interesting. Yes, I was skeptical as to how this would work. I still can’t explain all of it, but I do know that subjectively, athletes have been responding to the effects of MFD. I am happy to say that the use of MFD on plantar fasciitis has had some of the most favorable responses. 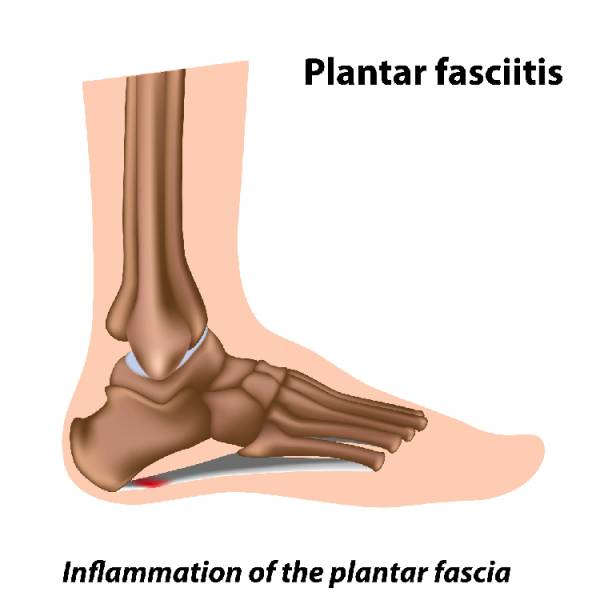 The first athlete on whom I used MFD was caught in the early stages of the plantar fasciitis. He had just begun to notice pain in his foot with waking in the mornings then continues a few more days when he started to notice it with running. He was open to trying the technique. After the first treatment, he notice marked improvement and decreased pain with waking. Approximately five days later, a second treatment was done. Since then, he has been pain-free and running without incident. As you can see, here is a prime example of how early use of MFD can be beneficial in care.

The second athlete, also with plantar fasciitis, has had similar but different results from the first case. Here, the athlete has been treated with conventional means (excluding a night splint) for nearly four months with little to no improvement. MFD was suggested to her. The first treatment resulted in decreased muscular tightness in her calf and foot. However, the pain was still present. A second treatment was done with similar results. Pain diminished slightly but not to expectations. A third treatment was schedule but she did not return. She was seen by a podiatrist who injected her with cortisone. To this day, there still has been little change since the injection.

Most recently, another athlete has been added to the list of plantar fasciitis cases. She was treated bilaterally with MFD. Upon her first treatment, she noticed good improvement with both pain and muscle tightness. Both had decreased and she was walking normally. She was also able to walk on her toes with little to no discomfort. Due to the team’s travel schedule, she has not been able to do an additional treatment. However, she seems to be doing fairly well and uses night splints to aid in her treatments.

Another athlete was having issues with this iliotibial band (ITB) and hamstring. His chief complaint was tightness and mild pain on the outside of his knee. He was also four months post-ACL reconstruction at that time. He had four cups placed along his ITB. Upon removal, he immediately noticed that his ITB was looser. He has had no further treatments on his ITB and continues to progress in his rehabilitation without incident. The cups were also used on this hamstring due to some flexibility issues. After two treatments, he has gained more flexibility and now continues to improve his strength and stability. 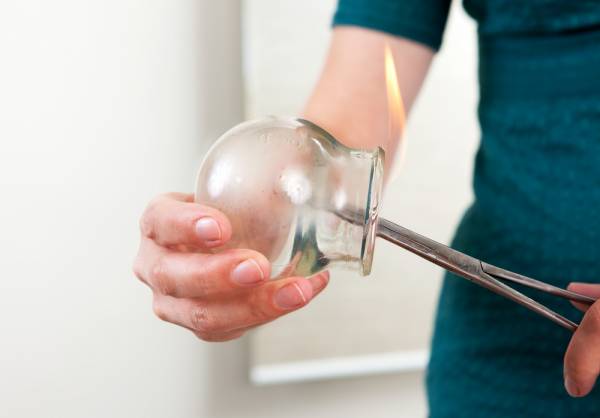 The next athlete is a more unique situation in comparison to the other athletes. This athlete presented with a calf strain. He was treated with initial conservative treatment to control pain and swelling. After the first three days, I opted to incorporate the use of one cup. This cup was used to almost flush the area. As I ran the cup over the affected area, I felt grit. It was like driving over a bad gravel road. Actually, he had so many adhesions, I could hear the grit. It was very audible. After the first treatment, he reported pain was gone and noticed that he had more flexibility and motion on the injured side. He was treated again two days later with the same procedure. Within a week, he was able to return to limited practice. He continues to move forward and should be 100% in the near future.

I’m still amazed at what I have seen with MFD. Every time I use it, I ask for feedback from the athletes. So far, almost all results have been favorable. It’s good to see an ancient therapeutic method still has value today. If you have the chance to have this done to you, try it. You will be surprised at what happens. I can’t explain it scientifically, but I can say it has been an eye-opener.

Will this work for everything? I can’t say that. I mean not everything works for everyone. It’s trial and error. As long as I see positive results, I will incorporate that into an athlete’s rehabilitation program. If I don’t see results, then I will move forward into another area of treatment. All I can say is, be open and willing to try a new method. You never know what might happen.

Brandi Ross, a certified athletic trainer at the University of California at Santa Barbara, is primarily responsible for the health, safety, and rehabilitation of their men’s soccer and track and field teams. She has extensive experience working with injured athletes from a wide array of sport levels, from working with high school athletics to volunteering at the Olympic Training Center in Chula Vista.

Brandi received her Master's degree in Exercise Science and Health Promotion, with an emphasis in Rehabilitation, from the California University of Pennsylvania. In October 2006, she published an article in BioMechanics Magazine entitled Proprioceptive Exercises Balance Ankle Stability and Activity. She received her Bachelor's degree in Biology in 1995 from the University of Hawaii at Hilo, where she played softball. She finished her athletic training studies at the University of Hawaii at Manoa, where she worked with football and baseball.

Brandi has continued her education to become certified through the National Academy of Sports Medicine as a Corrective Exercise Specialist (CES) and as a Performance Enhancement Specialist (PES). She has furthered her education by attending courses in GRASTON technique, Kinesiotaping, myofascial decompression techniques, and looks to add more advanced courses in the coming years.

Brandi herself remains active. Currently she is a purple belt in Brazilian jiu jitsu. She holds a black belt in Kajukenbo and a purple belt in Ed Parker Kenpo. She completed the Hawaii Ironman Triathlon in 2001. She stills bike rides, but has given up the running.