Powerlifting’s most prolific deadlifter has outdone himself again.

The deadlift appeared so casual to Grigsby that while holding his loaded barbell up for several seconds, he beamed a wide smile before the official on hand signaled that he could release the weight. Grigsby wore a lifting belt and utilized a sumo stance to help him achieve the staggering feat.

Check out the clip of Grigsby’s massive record deadlift via the Instagram profile of DMV Powerlifting Club:

[Related: The 20 Best Leg Exercises For Size And Strength]

Entering this edition of the WRPF American Pro, Grigsby was already powerlifting’s greatest deadlifter at both 125 kilograms and 140 kilograms.

In a demonstration of his stellar deadlift strength, Grigsby exceeded his own previous All-Time World Record from the 2022 United States Powerlifting Association (USPA) Virginia Beach Classic earlier in the contest. The powerlifter successfully pulled 467.5 kilograms (1,031 pounds) on his second attempt — surpassing his past record mark by 2.5 kilograms (5.5 pounds). When Grigsby stepped on stage for his third attempt of 487.5 kilograms (1,074.7 pounds), he not only smashed his previous figure by 22.5 kilograms (49.6 pounds) — he became the first person to ever deadlift over 1,000 pounds raw twice in the same full powerlifting meet.

Notably, Grigsby’s deadlift record of 465 kilograms (1,025.2 pounds) is still the best ever in the 140-kilogram weight class.

Here’s a rundown of Grigsby’s top stats from the 2022 WRPF American Pro:

In a post on his Instagram profile, Grigsby reflected on his new achievements and the extended efforts he made to reach them.

Even after reaching his lofty goal of at least a 1,043.2-kilogram (2,300-pound) total, Grigsby made it clear he’s not satisfied. The powerlifter wants to keep pushing for even more significant milestones as he starts to look toward the year 2023.

“I’m proud of all that [his records], but I’m even more hungry now to keep solidifying my squat and bench and push to the total more next year.” 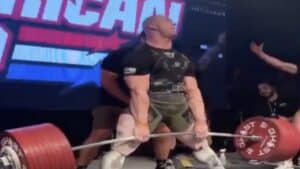 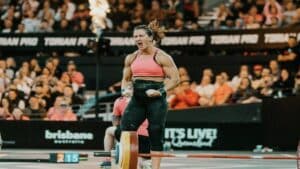 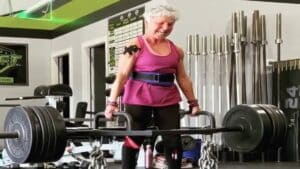 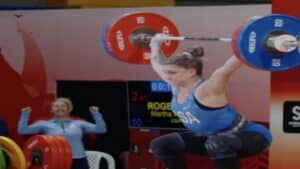 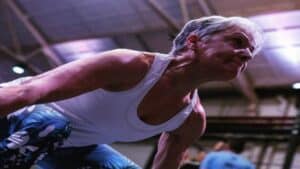