We couldn’t wait to watch the women’s clean ladder at the 2012 CrossFit Games this last weekend. We were sitting with friends from our gym, but as the excitement of the event grew, my daughters, Maya, aged seventeen, and Mina, aged thirteen, and I huddled together, magnetized to each other by the energy. The grey arena floor was littered with barbells, each heavier than the next. The athletes had to snake their way through them until they couldn’t stand up with the weight on their shoulders any more.

The seats were packed with eight thousand fans getting pummeled by the sun, but when Lindsey Valenzuela stepped to the last bar of the ladder weighing 235 pounds – a weight I can’t even pull off the ground yet – we squealed. We had watched her at Regionals just a couple months before, when she annihilated the snatch ladder. We lost our voices that day when she snatched 175 pounds in front of a screaming crowd, Lindsey herself screaming as she held the bar overhead. This weekend, we couldn’t wait to cheer her on again – our local hero, our now favorite. Saturday she stood over the bar like a warrior in meditation. Her powerful thighs bowed out from her black shorts and her arms were graced with muscle, sweat, and chalk. The girls and I held our breath, willing her to lift the weight with relative ease.

I do not CrossFit for myself. I love it obviously, but as a mother, every action I take, every decision I make is tethered to the well being of my daughters. And added to the laundry list of personal reasons why I CrossFit is the gold-starred, glaring fact that my girls get to experience women’s strength not just encouraged, but celebrated like I’ve never witnessed in my life. I’ve been an athlete my entire life. I was the girl who elbowed her way into all-men’s basketball games even when they groaned, believing they couldn’t go hard against me, and I just had to play through the awkwardness until they were used to me or until a few guys spoke up on my behalf because I made a jump shot in their face too many times. I grew up listening to the never-ending droning on about how women should adhere to a certain weak perception of femininity as defined by some invisible force that drives advertising and fashion. It was all well and good if I wanted to be sporty, but don’t overdo it, and don’t look like this or that, and don’t walk like that. Don’t be a dude for God’s sake, which was perplexing because being a dude was the farthest thing from my mind. I just wanted to play, and get better. Mainly, I just wanted to be myself. I desperately wanted to shake the vice grip of whoever or whatever was trying to put me in a box. It was an uphill battle my entire growing up. 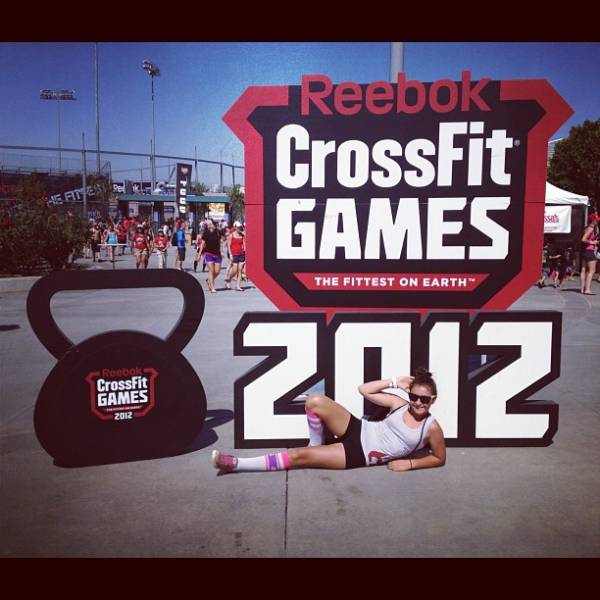 Disappointingly, I still hear a lot of that crap today. And now that I CrossFit, the number of times I hear “Don’t get too bulky!” or “I don’t want to be bulky” is like a skipping record that I want to kick just so it will stop repeating. Honestly none of this matters to me personally now. Nothing can shake my resolve to be stronger, but I’ve been assigned the honor and tricky task of raising well-adjusted athletic daughters and I’d be lying if I said I wasn’t constantly worried about their developing self-perception.

They are treading in the murky waters of being teenagers where my sole influence is not as golden as it was when they were little. For their entire lives they’ve only heard positive body image stuff – I’ve never allowed them to be self-deprecating – but I also know I can no longer block out the outside world or the skewed perceptions put upon women, which means they will most likely go through some self-consciousness about their bodies and have some self-doubt. We all did. But I can continue to prepare them. I can arm them with everything in my power to help keep their own resolve and confidence as unshakeable as possible until hopefully they have solid footing as young adults.

CrossFit is part of this ammunition. Not only so my daughters can feel empowered by their own growing strength and ability, but because the environment and community that CrossFit fosters is so encouraging of strong women. And not just to the women who are conventionally beautiful. Every woman that was strong enough to make the Games varied in look, shape, and size. They all had a fan base regardless. And my daughters see this. They mentally take note and absorb it. The more I can put them in this type of environment where a woman’s ability is what’s up, not just looks, the more I feel I do my job. 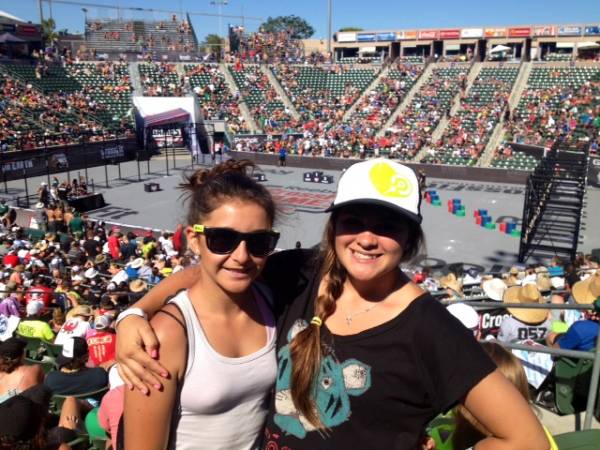 They are both coming down the chute into life, on a tight rope, and I have to teach them to stay true to who they naturally are. I have to let them know they are beautiful and that what they like is great no matter how it all manifests, which can be every which way in terms of women as far as I’m concerned. Even when the outside world – and sometimes our inside world – is conflicted and telling us otherwise, if I can give them enough examples of staying true to themselves, I feel it can only be a beacon to help navigate them out of any self-doubt. It’s something they’ll have to sort out for themselves, but it doesn’t stop me from tossing them every tool their way.

When we drove home after the Games on Saturday, we gossiped about our favorite moments of the day. Maya said, “I don’t know why, but I just like watching the women more. I love how everyone cheers for them just as hard as the guys.” I asked Mina who her favorite athlete was. She said, “Kristan Clever.” I nodded. She’s a favorite of mine, too. Maya said Lindsey Valenzuela. I nodded. Maya was wearing a “Strong is the New Skinny” tank top. I was wearing a “Lift Like Lindsey” shirt. And as my girls talked more about feeling inspired and about how much stronger they will soon get and how they will someday make the Games, I couldn’t help but feel a sense of gratitude and relief. My girls are going to be alright – more than alright.