Endurance Training Is Bad For Your Heart

Marathons might be fun, but are they healthy? New studies point to extensive cardio being UN-healthy for your heart. Too much can lead to heart scarring and other types of damage.

You hear it often: exercise aerobically forty to sixty-plus minutes per day, five to six times per week, for a total of three and a half to six-plus hours. Distance runners do it because that is their hobby. It is the same for distance swimmers and other “aerobic” sports. The demands of their sport require it, so they must replicate it in training.

However, for the average fitness enthusiast, sport athlete, and fat-loss seeker, is lengthy and frequent training feasible and even necessary? Doubtful. Admit it: many dread initiating an training session or avoid it like the Swine flu for various and sundry reasons: difficult to schedule, not motivated, too time-consuming, and too physically demanding. Well, as I have mentioned in past articles, sensible exercise sessions do not need to be lengthy and performed every day. They do, however, require a certain level of physical effort. You cannot get something for nothing, because something must give.

But what about those who partake in extensive aerobic training? Well, here is a new controversy: too much “cardio” can damage the heart. Marathon runners are a good example of this. Although running a marathon is normally viewed as the essence of fitness and the ultimate test of endurance, it puts an unusual stress on the heart.

According to a study presented at the Canadian Cardiovascular Congress in Montreal, regular exercise reduces cardiovascular risk by a factor of two or three. That, of course, is a fantastic benefit. But the vigorous demand of running a competitive marathon increases cardiac risk by seven-fold. Long-distance running also results in high levels of inflammation that may trigger cardiac events and damage the heart post-marathon running. 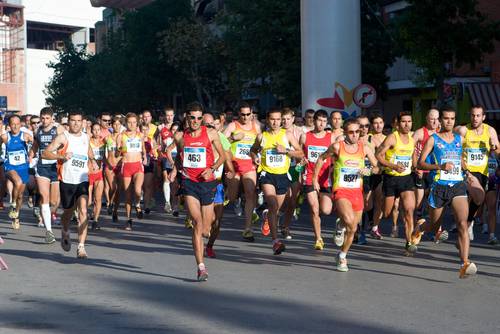 Another study published in the Journal of Applied Physiology discovered even more grim news. Researchers used a group of extremely fit older men who were members of the 100 Marathon Club, meaning they had successfully run in a minimum of one hundred marathons. If marathon running provided a cardiovascular benefit this group of men would surely be worthy of serious examination. Well, they found that half of these marathon-lifers showed some heart muscle scarring, especially the men who had trained the longest and hardest.

Heart scarring was also revealed in a study published in the Journal of Circulation. Lab rats performed cardio training designed to mimic the strenuous daily exercise load of serious marathoners over the course of ten years. All the rats had normal, healthy hearts at the beginning of the study, but most of them had developed diffuse scarring and some structural changes at the end. This is similar to the changes seen in the human endurance athletes.

Yet another study showed that long-term endurance athletes suffer from decreased right ventricle function of the heart after competitive endurance events. They also had increased blood levels of cardiac enzymes (markers for heart injury) and twelve-percent of the athletes had noticeable scar tissue on their heart muscle one week post-race. The conclusion was over-exercise is more than likely to harm the body.

Lastly, Dr. Joseph Mercola also concluded too much exercise can actually be harmful – specifically lengthy bouts of aerobic training. As per the previous studies noted, there is a limit to these benefits – and potential bodily harm – especially if one trains too long, such as:

Let’s face it, to get the most benefits out of training one must work the body hard enough to elicit a change, while 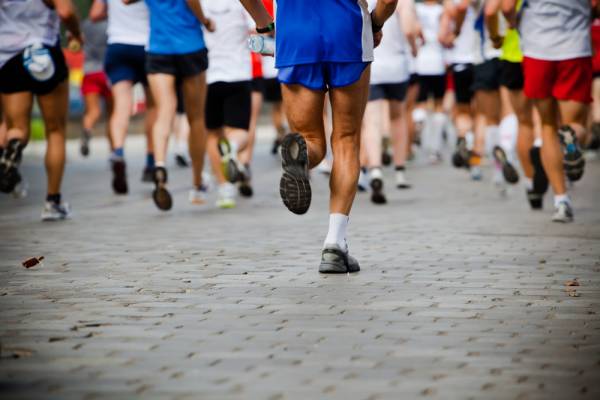 allowing adequate time for recovery and repair to take place: stimulus – recovery – adaptation. One of the best ways to do this is to follow a fitness regimen that mimics the movements of our hunter-gatherer ancestors. This includes short bursts of high-intensity activities and NOT long-distance running as per that required to complete a marathon or even an hour on the treadmill.

In conclusion, the recommended training that can offer cardiovascular benefits without potential long-term heart damage should include: