A study conducted at the University of Minnesota recently added to the growing research suggesting exercise during pregnancy is good for both expectant mothers and their babies. Researchers found exercise promoted increased levels of two beneficial proteins.

The study was conducted on rats, with half the rats on an exercise regimen and half remaining in a non-exercise control group. All were impregnated part way into the study. The exercise group ran on an activity wheel, with activity levels monitored and recorded.

Rats in the exercise group were found to have higher levels of a protein known as “vascular endothelial growth factor” (VEGF). VEGF is “a substance made by cells that stimulates the formation of new blood vessels, a process called angiogenesis. VEGF also acts as a mitogen for vascular endothelial (vessel lining) cells, stimulating these cells to divide and multiply.”1 VEGF and its pregnancy specific counterpart “placental growth factor” (PIGF) are vital during pregnancy due to the role they play in maintaining and developing blood vessels and therefore contributing to healthy blood pressure levels.

Of particular note is that the presence of higher levels of VEGF could contribute to preventing preeclampsia, a dangerous condition for both the mother and the baby. In this new research it was noted that excess of a certain protein, named sFIt-1, bonded with PIGF and VEGF in the bloodstream, inhibiting the good proteins from stimulating vascular cells and potentially leading to preeclampsia. Higher levels of PIGF and VEGF in the bloodstream may therefore aid in the prevention of the condition. 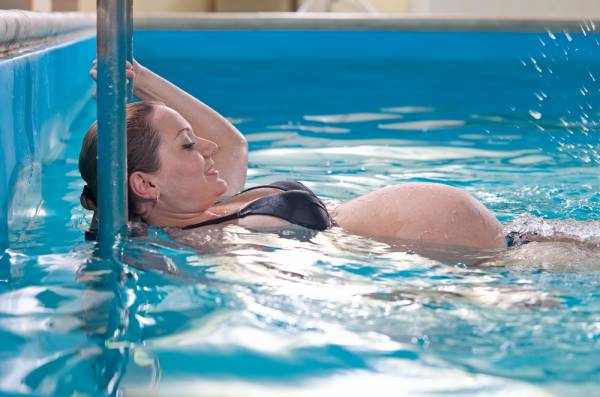 Rats in the exercise group were also found to have increased “heat shock proteins” (HSPs). HSP is another protein that aids in the health of the circulation system, specifically the blood vessels of the heart. Higher levels of HSP contribute to lower blood pressure for the mother.