For some time now, I’ve been wanting to write about Neil Peart, the drummer for the rock band Rush. I hadn’t done so because I hadn’t quite figured out how to make the connection between BJJ and why he inspires me. I think I have a handle on it now. Here goes:

In the 90s, Peart was arguably at the top of his game, a well-respected percussionist in a highly successful group, described by some as “the greatest rock drummer in the world.” He could reasonably have rested on his laurels and coasted into a retirement full of best tables at restaurants and requests from adoring fans to sign their drumsticks (that’s not a euphemism, by the way, though maybe he’s gotten those kinds of requests as well). At the risk of sounding corny, you could definitely argue that Peart had clearly earned whatever is the percussion equivalent of a black belt, probably with many degrees on it, by then.

However, Peart felt like he was stagnating after thirty years of playing, so he decided to apprentice with a jazz percussionist named Freddie Gruber to try to reinvent himself. Gruber evidently revolutionized Peart’s technique, rebuilding him from the ground up, changing things as seminal as how he was holding his sticks. He gave Peart the kind of constructive criticism and mind-blowing ideas I’m guessing he hadn’t received frequently in recent years, because by this point in his career Peart was probably always the one offering them.

It’s usually at this point in my articles that I issue a disclaimer of some kind, and in this case it’s warranted for two reasons. First, I do not believe myself in any way to be a Peart-level grappler. The Pearts of the world inspire the Vals of the world, which is why the Vals of the world talk about them. But there’s a clear distinction here between inspiration and similarity.

And second, I think I’ve figured out why Peart’s story speaks to me so much, and it reminds me of how high a bar there is for me to try to reach – and how even if I ever managed to reach that bar, there’d be a still higher one beyond that one. And so on, and so forth. When I was just starting out in Brazilian jiu jitsu, I made what I’m guessing is a common error: I thought when I got my black belt I would know everything. I would be an expert. I would have all the answers.

Well, you don’t need foreshadowing to be able to predict whether this came to pass when I got my black belt.

In retrospect, I realize I learned two things as a result of getting the black belt:

And to my way of thinking, Peart’s journey exemplifies these two things. He was by all accounts the go-to person for answers about all things rhythmic. But he personally was peeking in at a world of drumming he was not yet privy to; he perceived there was scads more for him to learn. And he knew the right questions to ask to lead him to the people and resources who could help him access that world. (And, um, those scads.) 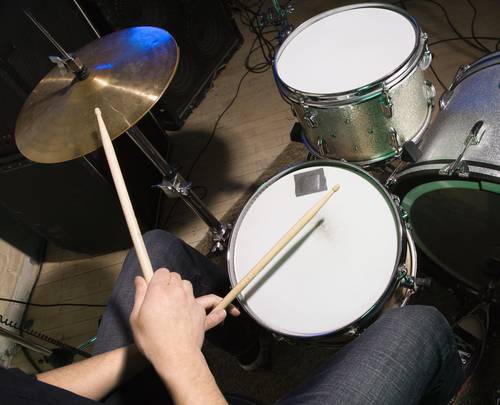 Also, as I mentioned above, Peart had no more to prove to anyone else professionally. Deciding to strip himself bare and rebuild, while ultimately gratifying, was probably a very difficult experience while he was going through it. I wonder how many people just didn’t get it, and how many people, old habits, and internal scripts he had to ignore so he could do his own thing, for his own reasons.

Arguably, a black belt signals that one has “arrived.” There isn’t really any other external proof we are progressing in jiu jitsu; degrees on the black belt are mostly ceremonial and come with time, and red belts are rare. So it is remotely understandable that it would seem like the be-all, end-all of progress, if you don’t yet have one. But Peart’s story suggests there is always far more to learn, no matter who we are and how much we have accomplished in a given domain.

And if that’s true of the Pearts of the world, imagine how true it is for us mere mortals.

So my takeaway is that while I will probably always balk at being considered an expert in Brazilian jiu jitsu, I AM an expert in its impact on my own life. And the way I can continue to build on this expertise is to embrace the concept of being an expert at being a novice. The more I learn, the more I improve at:

It’s not exactly what I thought I’d be doing at black belt level, but it’s far more honest than pretending I don’t have any more work to do would be. And I can live with that.