Featured Coach: Charles Staley, Part 1 – When the Slow Kid Is A Quick Read

Charles Staley was the slowest kid on the playground. Somehow a lot of books, thirty years of karate, and a move to Southern California changed all that and he discovered his passion for athletics.

I get a slight, perverse joy in finding out world-class coaches were awkward as children. I feel like it leaves some room for the rest of us to grow into something amazing as well. According to Charles Staley he was the slowest kid on the playground, slower than all the boys and girls. But at the age of eleven he was inspired by David Karradine in the television show Kung Fu to enroll in karate. From there he would spend the next twenty years studying martial arts and discovering his path as a teacher.

Another reason I think Charles’s story will resonate with Breaking Muscle readers is that he is perhaps the epitome of the nerd/jock. A nerd-powered jock, perhaps is more accurate. A consummate bookworm, Charles turned knowledge into action in quite a literal way throughout his athletic and coaching career. In Charles’s own words:

I participated in martial arts from the age of eleven to thirty-one. I competed, I ran a school, I coached other competitors, and all of that. Through that period of time, martial arts was my entire life. I noticed early on – at thirteen, fourteen, fifteen – that I was one of the stragglers in the class, just like I was in sports…One of the differences between me and a lot of people who do what I do is that I was not a natural. I guess maybe it would have been better to just give up and find something else, but what I did instead was I found myself at age fifteen to sixteen reading college-level anatomy and physiology textbooks, studying hip structure, trying to figure out how to throw a kick,because it was a last resort. I didn’t have any people to talk to, and no matter how many instructors I talked to and how much I practiced, it just wasn’t coming. The only other thing I could think of was just to understand the body more.

It took me thirteen years to earn my black belt, and I eventually did okay. I think I was ranked (back then they had the Black Belt Magazine ranking system) number two in New York State for the black belt heavyweight if I’m not mistaken, which was pretty good, but it just took an awful lot of work. But I think the good part of all that is it just made me a stronger instructor, because [I was] unlike other instructors, who the first time they try a technique it just works. When that happens, you aren’t a very good instructor because you’ve never had to think about it, you’ve never had to be instructed and figure out what’s wrong.

This pursuit of knowledge led Charles to be well-read in many aspects of strength and conditioning, and in 1987 he found himself running the weight lifting facilities at the Dutchess County YMCA in Poughkeepsie, New York. It was here he first discovered Olympic weightlifting, and here where he began what he called “private strength coaching.” Said Charles, “I’m pretty sure this was before the words ‘personal trainer’ became widespread, so I didn’t even know what to call myself.” 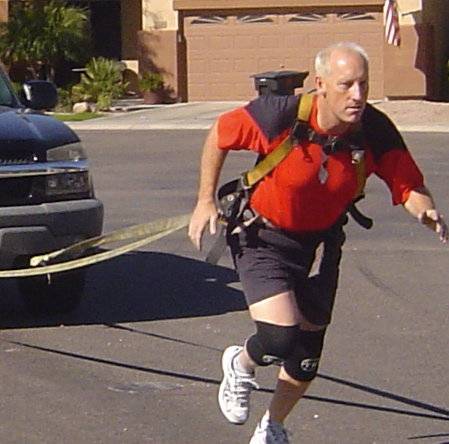 In 1992 Charles would be catapulted into the mecca of the burgeoning personal training and fitness industry, Southern California. At a weightlifting meet in New York, he waltzed up and introduced himself to Dr. Fred Hatfield, founder of Men’s Fitness, who was then working on growing the relatively new International Sports Sciences Association (ISSA). Charles’ bold introduction earned him a job in Santa Barbara and he would continue to work for the ISSA until the late 1990s. The experience of ISSA and Southern California allowed Charles to network in the fitness industry on a world-class level. “That kind of launched everything,” said Charles. “So I owe a debt of gratitude for that.”

Having a network of fitness experts at arm’s length allowed Charles to feed his inquisitive nature. The knowledge he gradually amassed, essentially as a student of athletics and the human body, is what allows him to be such good coach – translating science down to the masses.

I think that the reason I’m successful, to whatever degree that I am successful, is I think I have a way of deconstructing concepts of what people find confusing or complications and am able to relay those concepts in a way that is understandable… Honestly, I’ve just spent so much time researching. I’ve probably read six thousand books on the subject, at least, and I’ve had in-depth conversations with all sorts of people, coaches, and educators. So I really, thanks to Fred Hatfield, developed a social circle and access to resources that you don’t normally get. 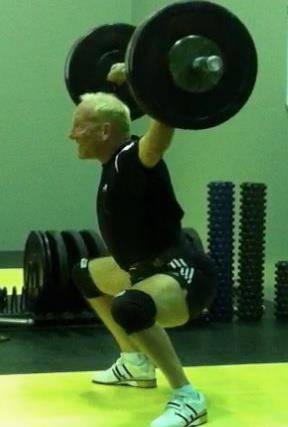 And while the network connections and involvement in the ISSA certainly didn’t hurt, Charles ultimately credits his accomplishments in his career to an enduring passion.

I really don’t think I’m smarter than anyone else, and I don’t think I’m more disciplined than anyone else. I’m really not convinced of that. I just really have a passion for this stuff, and for any athletic accomplishments I’ve achieved it’s the same thing. There’s a difference between being disciplined and being compelled. Being disciplined means you have to push yourself to do it. Being compelled means that thing pulls you toward it. It’s an entirely different thing. I think one big secret is, if you can, try to build your career on what you’re compelled to do.

Click here to follow Staley’s free 4-week training program. And if you want to see how he personally works out, you can read his weekly training journal entries.