Who is the man behind MovNat? Find out straight from Erwan Le Corre how his own physical evolution brought him to create the MovNat, and how it’s going to save the world of zoo humans.

To Erwan you are the human equivalent of an animal in a zoo and you deserve your freedom. Our modern lives have trapped us in cages that prevent us from eating, moving, and behaving as our natural and true selves. But unlike the animals in the zoo, it is harder to help a human break free. Said Erwan, “It’s hard to wake up a zoo human, because there’s a difference between the animals in the zoo and us. The animal in the zoo knows they are in the zoo. They know they are captive and are not free. We think we are free, but we’re not. The cages are virtual and, in fact, the bars reside in our own self-imposed limitations, whether we are conscious of them or not.”

Not only do we not know we are caged, according to Erwan we don’t even know what fitness is. Modern gyms, careers, and lifestyles have removed us from natural physical expression. Erwan explained:

Conventional fitness starts with the compartmentalization between strength training through muscle regulation and cardio through ellipticals and that kind of thing. That’s what people think. People think they’ve done that and that’s exercise. Back in the day and back in the years a long time ago, it was all movement based. There were all real-life, practical movements. That goes beyond functional movement. For functional movement, I step on the BOSU and I swing to the side and that’s functional, that’s reality. Well, no. I’m going to tell you what functional is. Functional is you climb a ladder. You jump over an obstacle. You crawl under this one, you lift and carry and throw and catch this object. That’s practical. The thing is, if the body’s not functional, you cannot do anything that’s practical. Now you can do functional drills, without doing anything that’s actually practical in real life. Just because you’ve done functional things doesn’t mean you’re going to be practical and efficient at climbing a tree, or lifting a fallen log, or balancing on a tree across a river. They are supposed to help these movements, but if you were to actually train these movements, then you have a direct diagnostic level of physical competence. What can you actually do that’s real, that’s practical? 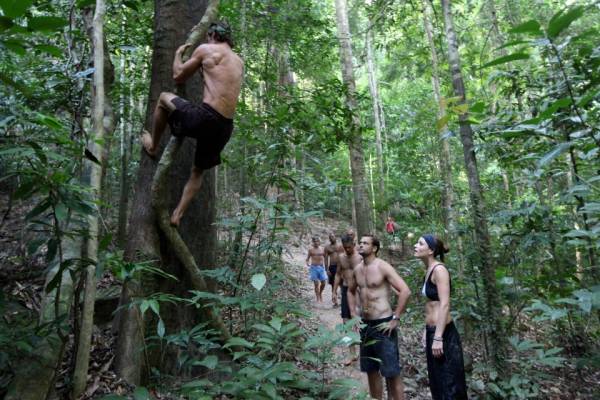 For the first few decades of his life Erwan explored his own physical competence. Born in the French countryside, Erwan shunned the “physical education” offered in school and educated his body through endless adventures of climbing, crawling, and jumping outdoors – skills and movements he refers to as a human-species-specific, universal and evolutionary background. The team sports in school offered nothing compared to Erwan’s outdoor gymnasium. Said Erwan:

To Erwan what mattered was climbing a tree, jumping a gap, or sprinting to a landmark. And, having the freedom to move and do as he pleased.

At the age of fifteen karate caught Erwan’s eye and for the first time he committed himself to an organized sport. Like everything else, though, Erwan did it a little bit his own way. He trained every day at multiple academies, eventually adding his own conditioning training on the side as well. In three years he earned his black belt and was nationally ranked.

The next phase of Erwan’s physical education would come after a brief stint at university studying psychology. Two months in, he decided these studies were not for him. Instead, he joined up with a fringe group doing workouts using the landscape of Paris. Erwan described their workouts: 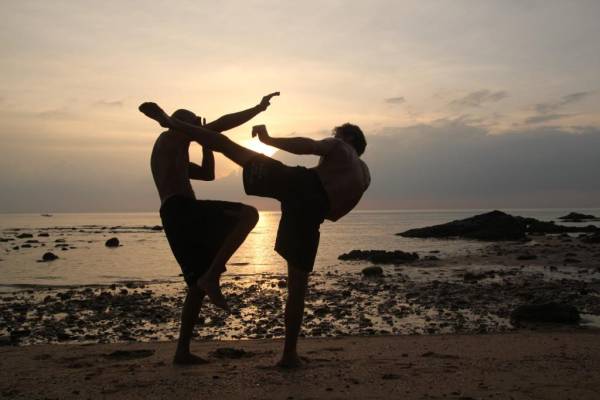 We would do these crazy workouts in Paris, consisting of climbing very high scaffoldings, swimming across the Seine River at night, in the winter, in the cold with no electricity type of thing. Jumping from roof to roof, running barefoot. It was really completely unique, completely unregulated and untamed. It was strengthening the body and the mind through movement, and defying convention. Something that was also correlating with the idea of practical movement – could you pass that obstacle, could you climb here, could you go through that dirty underground dark, and things like that. Could you hang from that bridge and let go and dive into the river at night, and then swim in the water, seriously commando style?

Erwan would live this philosophy and practice this training for seven years. It was, in his own words, marginal. “You create a separation between you and others because you are so immersed in completely different – personally different – lifestyle, including diet, including how you eat, drink, move, everything,” said Erwan. But this lifestyle did have benefits. During these years Erwan was able to constantly challenge and question himself. Through this training, he got to know himself very well:

Most people live a normal life, and then that normal life gets freaking boring! They get bored, and then you never get to know who you really are if you never challenge anything, and if you don’t challenge yourself, conventions, normality. You don’t get to know what is normal and what is not, what is good and what is not, what you are made of, if you never know that you can stay awake all day and all night, and be moving all day and all night. For instance, being in a big city at night when everyone is asleep, and you are on top of a famous building that you climbed, and nobody knows you were there. You know that people have lived their day-to-day, boring routine and that you are in the same environment, but with a completely different mindset and behavior. You are free, because you choose – it’s like sleeping in my bed. Tomorrow I may go to work, but in between I have exposed something true. 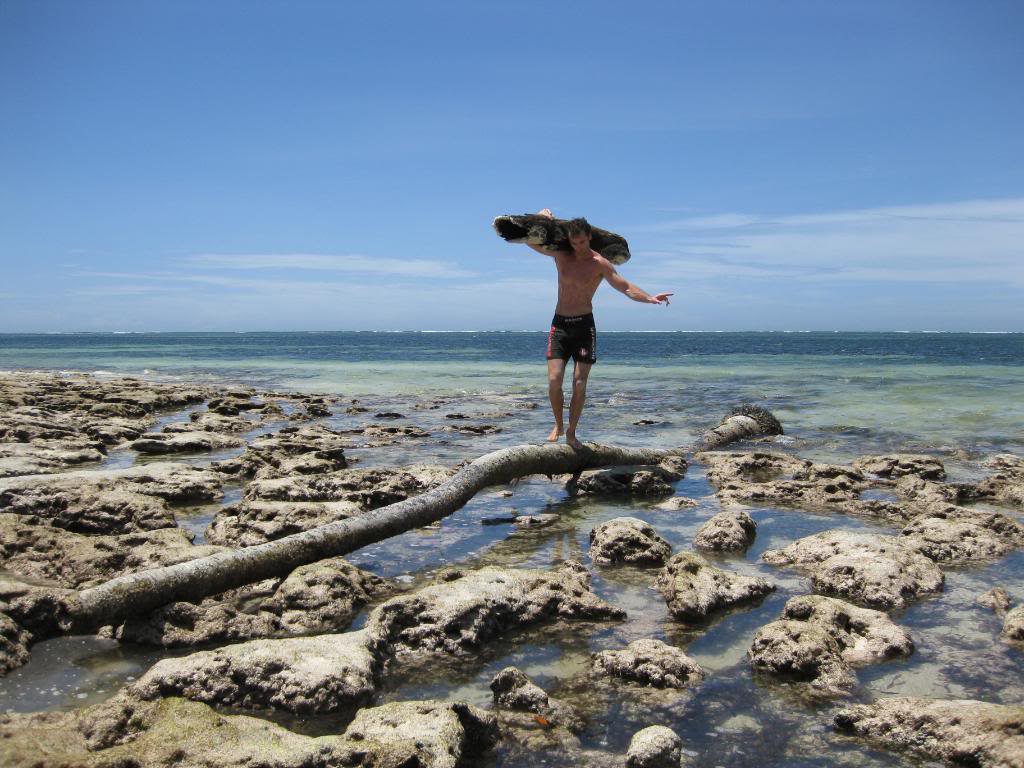 That something true is something Erwan now aims to share with the world. In 2008, after decades of contemplating human movement and human potential, Erwan created the system he named MovNat. He believes MovNat is good for anyone to train, indoors or outdoors, and has organized a structure to make that possible. Erwan explained:

When I lived in Paris I had a unique lifestyle. I knew that was radical and too extreme, not for me but for most people, but I still thought in the back of my mind that it could be useful for people if it was made less intimidating and more approachable, and maybe more systematized, instead of being informal if it could be made a bit more methodical.

From that idea would grow the system that now encompasses workshops and certifications for trainers, and will eventually include books, DVDs, and an online portal for learning. But Erwan’s vision goes far beyond such simple physical items:

My mission with MovNat is like a move nation. A nation of people who would wake up and every day do some natural human movement. Imagine a nation and the empowerment, on a personal level, a communal level, a national level, if every day people were to run, jump, climb, and do all those things solo or together. Imagine the radical change of energy, of health, and think about it in America.

Now read part two of our interview with Erwan, where we learn more about MovNat, how to practice it, and the philosophy behind it. And you get to ask yourself, are you a wolf or a Chihuahua?