For Jeff Martone, life before kettlebells was an interesting, but frustrating one. He lived a life on par with a professional athlete, training daily teaching military and law enforcement, after years of playing football, wrestling, and studying martial arts. Eventually his body gave out. Even after multiple surgeries his shoulders literally would not stop dislocating and then his knees began to go as well. And then Jeff met Pavel Tsatsouline and discovered the kettlebell.

I was working at a trainer academy, basically this academy where they train other instructors. If you want to be a firearms instructor you come down there, or a combatives instructor, or a sniper, or whatever. I always said the day I can’t lead by example is the day I need to change jobs, and that day was rapidly approaching because of injuries that had occurred starting back in ‘85, all that year playing football, starting off on defensive tackle. I made all-state that year, but I also dislocated my shoulder every single game. I would just pop it back in and just play. I would always joke around saying, “If you’re gonna be stupid, you better be tough.”

As the 1980s progressed, Jeff continued to play football, along with training martial arts and boxing. He would undergo three shoulder surgeries. As the clock kept ticking and he trained his way into the 1990s, he would suffer meniscus and ACL injuries in both his knees as well as a work-related fall that injured his back. After two solid decades of unending injury, Jeff’s toughness took a backseat and he started thinking about why this might be occurring. As Jeff shared:

It was only after I tore my ACL that I really started rethinking how I trained, and asking, “Why is this?” So I asked my friend who wanted to be a surgeon, “Why is it that I train so hard…but yet I’m falling apart at the seams?” And he gave me the typical, “Could be this; could be that.” But one thing he did say was, “Hey Jeff, your job and what you do is like that of a professional athlete.” I had never really thought about that before. And the problem was I wasn’t training like an athlete; I was training more like a bodybuilder.

At the time Jeff was living and working in Albuquerque, New Mexico, and this is when he first crossed paths with Pavel Tsatsouline. While Pavel is known as the man who brought kettlebells to the United States, at this time in 1999, kettlebells were still not a known quantity. Jeff, like others who talk of their first encounter with Pavel, met him at a flexibility seminar.

That’s when I actually met Pavel; he was in Albuquerque doing a little gig on stretching and flexibility, which was about a year before he even introduced kettlebells, or a year and a half. So that wasn’t even part of it. It was about two hours, and he talked about how to get a full-body workout doing only deadlifts and military presses.

Shortly thereafter Jeff would be transferred to a different military assignment in Arkansas. His job was recruit training for federal agents, but he took his lessons from Pavel with him. 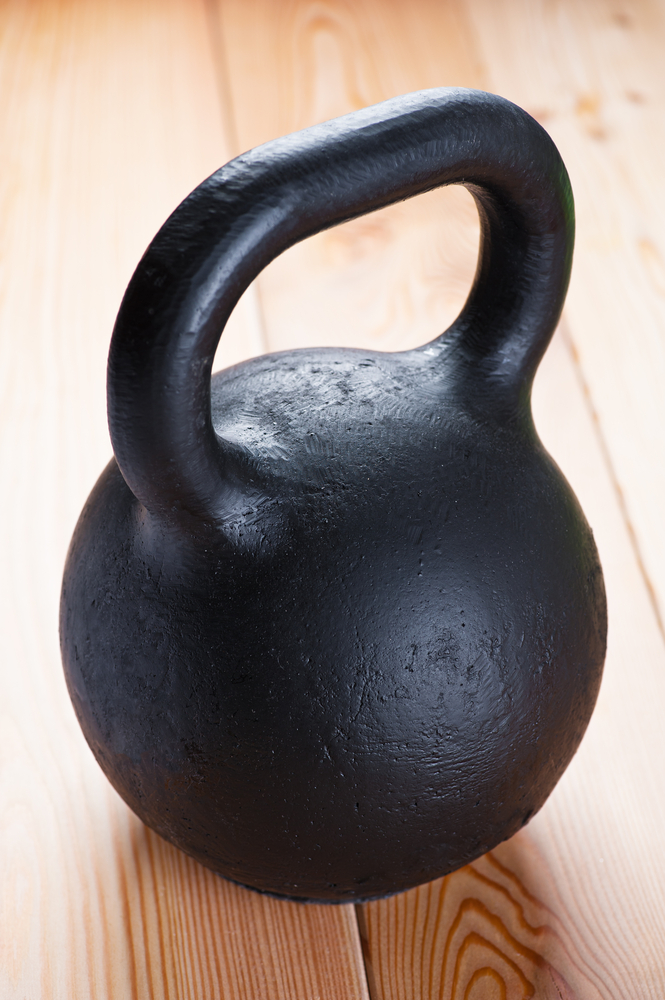 So me and a buddy, we’d do the deadlifts and presses before we take to the hills and go running with the guys, and what I noticed was my knees weren’t hurting, my back wasn’t hurting, we were covering twice as much ground as the students, and our performance was really good. And these guys were younger with really athletic backgrounds, and they were hurting, and they were pulling muscles, or ready to throw up, and stuff like that. So we ended up doing a five-day custom course of Pavel, and this was before kettlebells came out. And during that course he was like, “Now do an arm bar stretch or a Turkish get up with a dumbbell.” And at the end I was like, “Is there anything else out there?” And he was like, “Well, there’s this thing called a kettlebell.”

Based on what he learned from Pavel, Jeff went home and made his first kettlebell himself. Lucky for Jeff he had trained a backup career in blacksmithing. In April 2001 he would take Pavel’s first official kettlebell course and, along with Steve Maxwell, become one of the first certified kettlebell instructors in the United States.

As soon as he began applying kettlebell techniques with his students, Jeff saw a difference in their performance and a decrease in rates of injuries. He also credits it with rehabbing all of his own injuries.

I believe the kettlebell is the best rehab tool you can use for shoulders, back, and knees. If you don’t know what you’re doing, and you’re dislodging your arm, or whatever, or you just try to pick it up and throw it around, you’re going to hurt yourself, just like you would trying to self-teach Olympic lifting. You need a coach. But…it’s really good for your back. It fixes more low back injuries than anything else.

For your shoulders, it’s phenomenal, because its all about how the weight, the offset center of gravity of weight on your forearm when you’re pressing or doing Turkish get ups. What it does is, the range of motion in their shoulders, it actually build flexibility and range of motion. But more than anything, it strengthens the stabilizers in your shoulder girdle.

After decades of shoulder dislocation and contemplating yet another surgery, it was training with kettlebells, with the utmost attention to form, that cured Jeff’s shoulder problems. When he teaches his students he applies same attention to form. 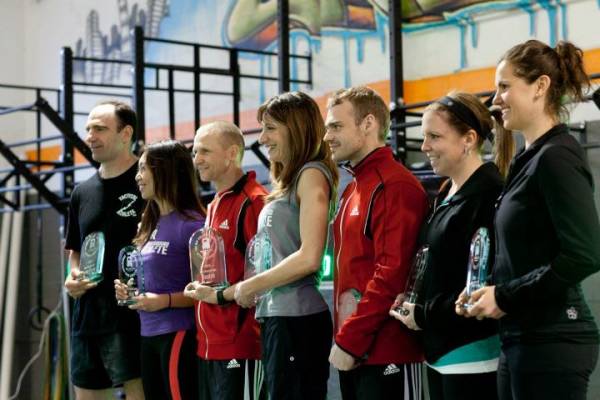 Despite his injuries having derailed his original military goals, Jeff credits them with making him a better coach in the long run.

If you look at all the surgeries and injuries I’ve had over the years, I can say this for a fact: One, each one was a blessing in disguise, because it’s made me a better coach. It’s also made me more sympathetic to the people that have injuries… So I’ve got a lot more compassion for people when they’re injured. Two, by being injured, it’s made me a better coach, given me a better eye for detail, and I’ve got a lot more patience in dealing with people. It’s not about me; it’s all about the others.

Now read part two of our feature interview where we discuss with Jeff the topics of instructing, writing workouts, and the three things every great coach needs to be: