For John Farr, former UCLA strength and conditioning coach, and currently Olympic weightlifting coach and champion, it all comes down to one thing for him and his athletes – mental toughness.

If you met John Farr, it might take you a little while to start hearing the tales from his varied background, but once you did you would start to realize the depth of life experience behind his coaching. Born in Australia, John grew up swimming, playing tennis, and of course being Australia – playing rugby. He later explored martial arts, took up boxing, and competed in karate for 15 years.

It was during his time of karate training that John learned the biggest lesson to carry through his life and career – the lesson of mental toughness.

One of my instructors was very simple. He was the 1984 Budokan World Champion and he said, “Look, it’s real simple – you stand in there, you take the best they’ve got, and you beat the daylights out of them. That’s it. That actually has translated to everything I’ve done. And that has translated over to the way I train my athletes now. You can’t dance around and run away. At some point you’ve got to stand your ground.

But how did John get from karate tournaments in Australia to being a strength and conditioning coach at none other than UCLA?

Well, strangely enough, it was music that brought John to the States. An aspiring musician, John came to study music at the storied Berklee College of Music in Boston and moved to Los Angeles after graduation. Amidst the great shifts in the music industry nearly two decades ago, he decided to switch gears and become a trainer. Like so many, John first got his start at the closest 24 Hour Fitness. But the globo-gym was no match for John’s competitive sport-based mentality, so he left there, earned himself a Master’s degree in Biomechanics, and went on to become part of the coaching staff first at Cal State Northridge and then later at UCLA.

While at UCLA John was in charge of the strength and conditioning training of the men’s and women’s tennis teams, the men’s and women’s golf teams, and he also worked at times with the softball and football teams. Seizing an opportunity that arose when a fellow coach could not make a lecture he was supposed to give, John made his way onto the teaching staff and now teaches Biomechanics, Human Physiology, and Strength Training through the UCLA Extension School.

Throughout it all, however, the thread John brings home to all his students – be it his underclassmen back in his music days at Berklee or his athlete students at UCLA – is the idea of mental toughness. Recalling his early days of coaching, John shared this story:

I’ll never forget I had one team, which I won’t name, and when I first saw them I thought, “Oh my God, I’ve got a lot of work to do here.” They didn’t like what I did to them in the beginning very much at all. There was a lot of butting heads and a lot of pouting. And I really didn’t care what they thought of me. I said, “Guys, we need to be tougher – that’s it.” I fully admit I ran them very hard. We lifted very hard. And three years down the line we won a national championship. It took me that long to instill that toughness that no matter what happens we’re going keep coming at you. And when we go out there we’re not going to be cocky, we’re not going rub it into your face, but we’ve got the swagger. If you want that ring, you want that trophy, you’re going come through us. All of that is built in the weight room and on the field or the court where you’re doing your agility drills and your conditioning running. That’s where that’s built. So if you want to do it that way, you’ve got to lift heavy, you’ve got to be stronger, you’ve got to be tougher.

Part of John’s philosophy in building both strength and mental toughness is to lift heavy. And by lifting heavy, John means lift heavy like the Bulgarians do. Keep the lifts simple, lift heavy, and lift often. 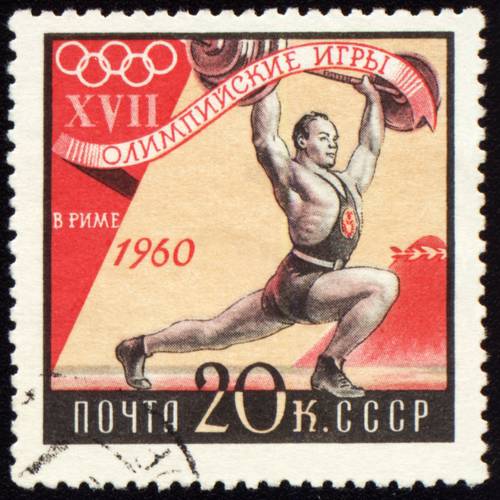 The more and more I study this over the years, with what’s happened with Olympic weightlifting especially, but also looking at track and field and even a contact sport like hockey, the Chinese and the Eastern Bloc countries, especially the Bulgarians with Olympic weightlifting, got it right. They don’t do a whole bunch of exercises where you’re the jack-of-all-trades and master of none. Stick to the basics. The only sport specific movement you can do is to go out there to practice with some resistance that will resist your natural movement out on the court. You’re not going to do that in the weight room. Keep it basic in the weight room. Be good at a small number of things. Be really good and learn to apply that on the court or the field or whatever you do.

If you follow John’s strength and conditioning program here on BreakingMuscle.com, you will see it is very straight forward. There is an emphasis on low repetitions, heavy weights, and recovery tailored to each day’s workout. With his teams, John was still able to individualize the prescription for each athlete, essentially giving them homework to apply to all their training, sport-specific or not, throughout the day.

When I had tennis teams I would often have people come in a little early just to work on some aspect of their game. For example one year I had tennis and we started at 6:30 in the morning and a couple people would come in at six in the morning just to work on a movement pattern, so they could work on it and take it across to practice later in the day. So you can individualize on that level.

While John tailors his coaching to each individual athlete, in regards to specifically building strength with a newer athlete he will start them on a protocol like Glenn Pendlay’s 5 x 5 program.

One thing I really like a lot is Glenn Pendlay’s 5×5 program. You want to build toughness, you try going five by five. You’ve done one set and you know you’ve got four more sets to do. That last set is sheer will power. That’s all it is. And that’s how the toughness is being built.

Once athletes graduate from Pendlay’s program, John moves them on to a more Bulgarian model of programming. One of the things John feels is lacking in the United States is a real application of the right exercises and the right stimuli at the right moment in an athlete’s maturation and he calls upon the studies of men like Anatoliy Bondarchuk for information and inspiration.

The thing that I really think is critical is being able to do those Olympic lifts and do them well. Yes it takes time and I understand not everyone has the time availability to do that. But at the same time you’re really only focusing on a small number of movements. If you’re going to do it, do it right and do it in a small way and do it really good. 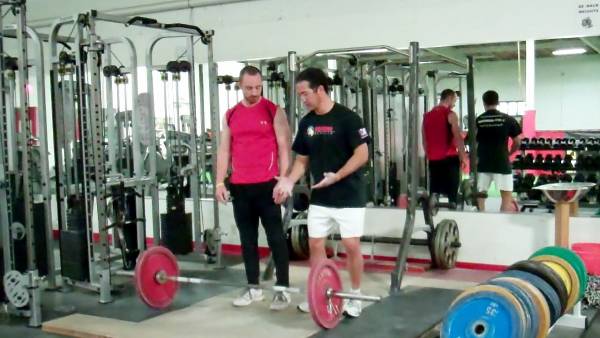 You want to cut down movement time whenever you do a move you’re asked to do. You have a better ability to recruit muscle fiber to produce force and produce it quickly. You also have to gear that according to the level of athlete you’re working with. If you’re working with an elite sprinter back squat strength doesn’t mean nearly as much as a beginner. You really have to know which exercises transfer to what level of athlete in what sport.

This is where the Jamaicans got it right, too. You think Usain Bolt does a whole bunch of back squats? No. The Jamaicans are going for heavy step-ups at that Olympic level because it simulates the motion they would have to do on the track. You’ve got to produce a lot of force to get off that step. And if you can do that it’s going to transfer better over to sprinting.

Keep it simple, apply the right movements at the right time, create athletes who move more efficiently, and send them out to their sport-specific training with a better ability to use their bodies and recruit their muscles – this is how John Farr creates champions out of the people who come into his gym.

And it all comes full circle to the mental toughness instilled in John when he was a young karate student:

It’s the same, whether it’s tennis, or football, or whatever sport it is. I drill it into these kids and say, “Look, we’ve got to be tough. You’ve got to stand there, stand your ground, take what they’ve got and then just beat the daylights out of them.”

In part two of our feature interview, read John’s thoughts on post-workout recovery, what it takes to be a great coach, and the future of competitive sports in the United States.

To train like John’s athletes, visit his three weeks of workout programming.