A Jerk Is a Jerk (and a Press Is a Press)

Overhead presses and jerks be easily confused even though they use entirely different muscles. To the layman and novice trainees they are very similar but to insiders they are in fact very different. 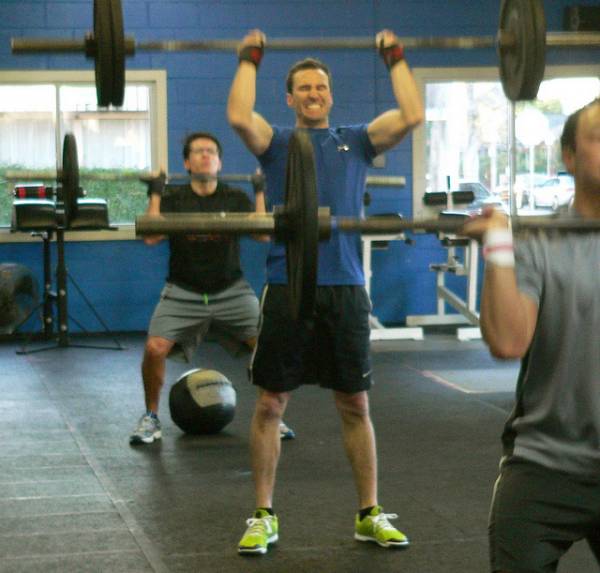 Some lifts done in the gym can easily be confused with other movements even though they use entirely different muscles. Overhead presses and jerks are good examples of these. They do bear a superficial resemblance to one another. Both start from the shoulders and end with the bar overhead. Because of that it is easy for many to assume that the lifts form a continuum of sorts, that the jerk is just a fast press with a little help from the legs. To the layman and novice trainees they are very similar but to insiders they are in fact very different.

The confusion has some basis in fact. In the days that lifters performed both during competition, the two movements did influence one another. In the old days we seldom missed our jerks. That was because we still did three presses in competition and many more in training. We had to since the press detrains quickly if you don’t. As a result we had a lot of overhead power. If a jerk went bad, we could often save it with our shoulder power. The only misses came from those athletes with tight shoulders and elbows or those whose cleaning power was too far ahead of their overhead capability. This made for a lot of confidence for us competitors once we rose out of our cleans.

But all was not well in Triathlon-land. Though we seldom missed a jerk, the movements were not always things of beauty either. What often happened was that many of us jerked the same way we pressed. How’s that, you say?

Taking Advantage of the Backbend

Pressers then were divided into two camps. On one side we had the older guys who still used a lot of deltoid and triceps power to get their presses up. Most also bent backwards as the bar went up. As the rules got more lax the allowable backbend also increased. Since everyone spent up to 50% of training time on the press, this technique eventually infected their jerks as well. Just like in their presses their jerks also featured a backbend and often some arm work to secure the lift at the top. This resulted in the bar often taking a forward direction. If it went too far, or the shoulders didn’t have the strength to hold it in this position, then the lift would be lost. Thus, the jerks were close to being push presses.

On the other we had the new breed who also took full advantage of the slackening officiating but in a different way. These athletes went into a fast body bowing, gave the bar some ultra-fast knee kick, and relied on the whip this created to set the weight in motion off the shoulders. Then they did a quick back bend to get under the bar instead of a split to finish the lift. This in effect made the start of the lift a push press and the finish a jerk with no foot movement. So their presses were more like their jerks, which they would do correctly at least. The purists howled.

Even the Coaches Were Confused

Old instruction books did little to alleviate the confusion. In one, GBR National Coach and famed weightlifting lensman George Kirkley gave the following advice on jerking: 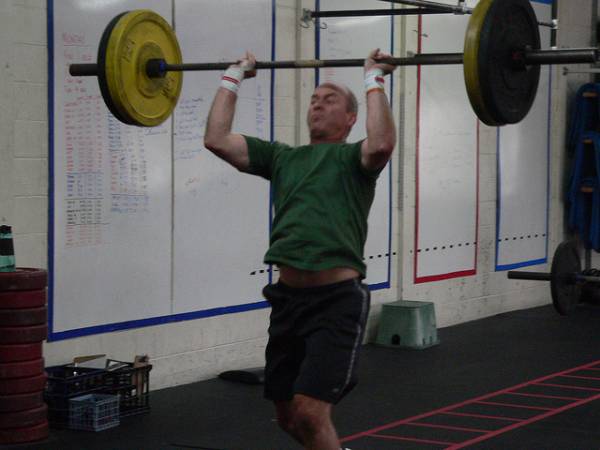 “Up to this point the arms have not yet played their major part. Now they take over to facilitate the thrust of the barbell to arm’s length. Their essential function in this part of the lift is to vigorously impel the barbell on the last stage of the movement overhead and to remain locked until the lift is actually completed. Keep pressing upwards as hard as possible to maintain this locked position.”

A decade later he and John Goodbody (excellent name for a bodybuilding instructor, by the way) were still giving similar advice:

“When the feet land as in Fig.31 the barbell will be well on its way to arms’ length over the head. Press fiercely upwards with the arms and dip slightly under the barbell.”

We may laugh at these misconceptions today, but we must remember that this was state-of-the-art knowledge five decades ago. At least it was with the amateur coaches on the scene then, even the best of them, as Kirkley was. This can be chalked up to the lack of professional biomechanical analysis in those days. Slow motion filming was also an onerous exercise then, so it is not surprising that myths like this could be propagated. All of that would come later.

Are Jerking and Pressing Any Better Today?

But this confusion is not confined to the memories of those lifters who are now collecting social security. In fact, we still see this in the gyms of today. Joe Average still is not a biomechanical engineer and has never recorded any lifts on his camcorder. He, and now she as well, simply go to the gym and try the lifts. They know what an overhead or military press is and have often performed that lift in training. When they see a jerk and decide to try it themselves, they naturally assume it will be just a fast and loose press. Some may backbend under the weight. Others may tend to back away from the weight when their jerks get heavy. Some even turn sideways when doing this back-away.

Even those movements are wrong sometimes there is a good reason to make these errors. Age is a good reason. The older masters-age lifters may need to use more arms to get their jerks up. This is because their knee ligaments do not have the resilience or elasticity of their youth. A sharp strain felt in the patellae discourages a fast change-up at the bottom of their jerk dip. These lifters have no choice but to dip slower and use more arm to lockout their jerks. This is allowed in the relaxed rules of masters lifting, which do accommodate these inevitable ravages of time, but not elsewhere. But that is the only place it can be done. 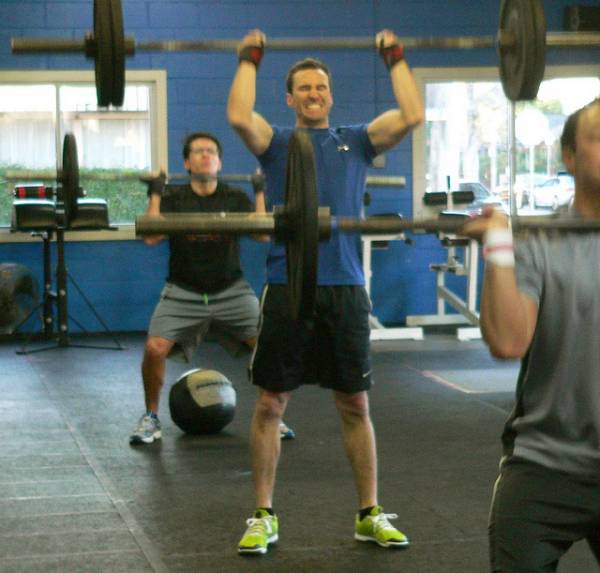 We also see extra arm work in the jerks of CrossFitters. Due to the nature of their training and competitions (high reps) we see all manner of jerks, some done expertly, and others less so. This may be due to a lack of proper coaching. It is also the case when cranking out that umpteenth rep. Technique is always compromised by fatigue.

Those who have done a lot of bench or incline presses will also often develop the tendency to backbend under any overhead lifts. This gambit will add more pecs to the lift but often at the expense of losing their area of balance. Since that is what works for them in those lifts, it is only natural that this creeps into their jerks as well.

In closing, the lifts can be distinguished as follows: