In part two of our feature interview with powerlifting champion Mark Bell, Mark explains why sometimes telling someone do to something incorrectly is actually the best coaching you can do.

At Mark Bell’s gym, the Super Training Gym in Sacramento, California, everybody works hard. There are athletes of all different experience, strength, and age levels, but a willingness to work is the thing that gets you through the door and onto the team. For some this means overcoming the intimidation of walking into a gym that looks different, has different equipment, and is full of guys moving around a serious amount of weights. But, if you think you can walk into Super Training and not work hard, chances are no one will talk to you. As Mark shared:

Our gym is aggressive and passive at the same time because I don’t really believe in forcing people to do something. I think that because it is intimidating, I think that over a period of time people can develop and become more aggressive and assertive. But I always tell people, too, that if you’re sitting in the corner, I’m not really going to talk to you. If you’re not sweating, I have nothing to say to you. If you’re not working, you’re not part of the team, you’re not keeping up – if you don’t even have the courage to do that, then I don’t have time to explain what we’re trying to do and trying to accomplish.

And while Mark doesn’t require his athletes to compete, he does encourage it strongly, no matter what level they are at in their development.

By competing, you’re putting yourself on the line. You’re responsible for your lifts getting better all the time, you’re responsible for making improvements, and it’s just a great way for people to get their feet wet in a sport. I love exposing people to powerlifting. I tell people all the time, “If you’re on this bench and there’s a contest coming up, just write the check. Put the check out there, and you’ve spent 80 or 100 bucks, now you better go get your ass to the contest and go compete and see what you can do.” You’re competing against yourself. A lot of time people will be like “How many people are going to be in my weight class? Should I drop 15 pounds so I can get in a lower weight class?” Don’t really worry about any of that stuff, just get yourself on the platform and see what you’re capable of doing in front of judges. That’s what these gymnasts and other people do.

One thing Mark has learned as a coach is that in helping people discover what they can do, it often requires a very personalized approach. Each athlete is different, down to the very mechanics of the movements. While powerlifting may seem like a straightforward sport, the extreme loads make nuances in angles and leverage incredibly important. A good powerlifting coach knows that each athlete has different mechanics and different needs. As Mark explained:

I do feel that there is a right and a wrong way to do things, but I also feel that within the right and within the wrong there’s also a right way for each individual, and that’s what makes everything so crazy. You’ll hear people say, “So and so told me this,” and “So and so told me that,” and without actually being there, without actually seeing why they told an individual something, it’s even hard to dissect that sometimes. 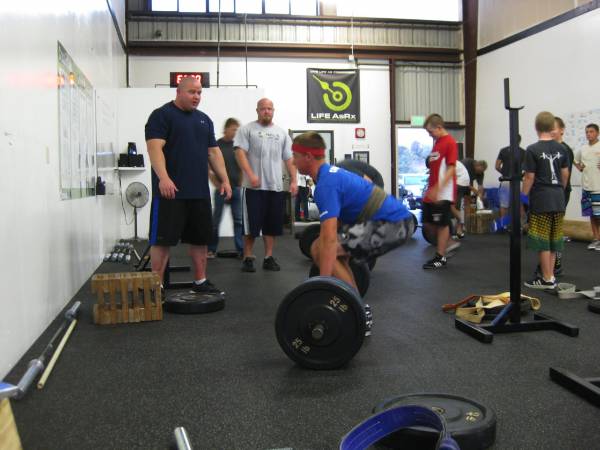 I’ll give you an example: the last certification I went to was a Kelly Starrett mobility certification…I went to one of his seminars and he had to teach people how to deadlift. And Kelly’s trying to go over all these things with this guy, he’s trying to explain how the guy should deadlift, and this guy gets down and he’s deadlifting, and he completely overextends his back, starts swaying his back. People don’t realize that overextension is just as bad as being in flexion. Those of you who don’t know what overextension is, think about the distance between your sternum and bellybutton – and you see it a ton in women because girls are always trying to stick their butts out to attract males – so, your butt is out and basically your hips are back, and if you’re down at the bottom of the squat or down at the bottom of the deadlift, you can’t see your hips or your belly, and you should be able to. You should be able to kind of swing your hips at the very bottom of the deadlift or squat just a little bit forward to stay more upright. A lot of times you see people go forward with the shoulders and they’ll have this real sway in the back.

But anyway, this guy he was, if you just picture the letter C. If you made the letter C one way that would be flexed, if you made the letter C the other way, you would be overextension. Either way, you’re not in a great position for the deadlift. This guy in particular, he was really overextended. Some people were like, “Oh, he’s staying real upright,” and I was like, “Well no, he’s got this cave in his back that’s not going to allow him to pull back his weights. He’s not going to be able to lock it out that way. It’s not going to work.” So he added a little bit of weight and I said, “You know what, do me a favor and just bend at the hip, and just completely round over.” He was like “What?” He was so confused, he was like, “What are you talking about? What are you telling me to do?” So I said “You need to just totally, completely just bend over nd pick the damn thing up. That’s what it is – it’s a deadlift. You bend down, and you pick it up.” So he bent down and he picked it up, and it went well for him, and his back was straight. And I said, “Okay, now his back is straight. Now lay your hips down a bit lower, let slack out of the bar, and then pull it.” And he pulled it at like a hundred miles per hour, and he was at like eighty percent of his best. So he was like, “Oh my God!” He felt like he had a new discovery, like a new secret weapon now, he was so excited.

So that guy might go to somebody and tell them, “Yeah, Mark Bell told me to round over my deadlifts.”

When it comes down to it, Mark Bell is less concerned with what other people think of him than he is about the results his students get. He would rather someone think he was a crazy coach, than not have one of his athletes become the best they can be. 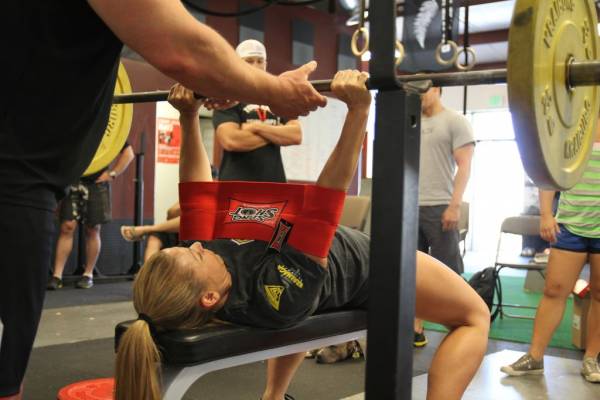 down a certain way. And then you see someone try to defy that and you’re like, “Son of a bitch, they’re not supposed to lift that way!” But sometimes, they do well that way, and if they do, you have to let them do it that way, you have to let them excel that way and then you can also say, “Hey, when you’re done doing these shitty form squats like you’re doing, let’s have you try to do them this way,” and you can start to explore different avenues with them that are somewhere between what you’re telling them and somewhere between what’s best for them.

While Mark still is a competing athlete with goals of his own as far as the records he would like to set, he puts his students above himself. His goals as a coach include making sure his students surpass him in the long run.

As a coach, my favorite thing to do as a coach is to make people stronger than myself. I have the highest total in the history of California, and I’d love to be able to take one of my guys right now who doesn’t think they can ever get there and get them there. I think that’s the greatest thing you can accomplish as a coach. A lot of coaches don’t like when people pass them up, a lot of coaches have a really hard time dealing with it, and to be one hundred percent honest, so do I. There are some guys in my gym who on certain exercises they can kick my ass, and I’m like “Man, I’ve been working at this for so long, and put so much into it and they still kick my butt!” But that’s just the way it goes, and that’s even better for me because I’m the one who’s coaching them, I’m the one who’s giving them the keys to the universe, so to speak. That’s really what I’m after.

To learn more about Mark Bell read part one of our feature interview: