How to Be Coachable: Advice from Expert Coaches

What does it mean to be coachable? What are your responsibilities as an athlete/student in your relationship with your coach? Find out what some experienced coaches have to say on the matter.

Much is made of a coach’s ability to lead a team and individual athletes to their optimum performance, whether in a high school context or as part of a professional sports team – or anywhere in between. Coaches are frequently retained or released on the basis of this performance, and in high-powered professional situations, the implications are financial as well as results- and bragging rights-oriented.

But the coach-athlete relationship is a two-way street. In other words, athletes are also a key ingredient in making the relationship work; they have some responsibility for realizing what it takes to be coachable and being willing to behave accordingly.

In trying to understand this phenomenon of how to be coachable, I contacted some people who have coached me in the past, and whose lessons continue to influence me today. These people have helped me become more coachable. At least, I hope I have become more coachable as a result of their leadership, and if I haven’t, that’s on me.

Here are some thoughts about what some of my coaches look for in their athletes. I’m grateful to them for their insights and for helping me become a better athlete and a better person.

They’re humble. They’re okay slowing down for the sake of learning form. They are usually master technicians. They think long-term. They measure progress in months and years versus day by day. They’re competitive with themselves as much or more than with others. They have a good sense of humor and don’t take things too seriously. They practice things on their own. They’re willing to try new things. They aren’t hung up on doing things the way they always have. They look toward change. They’re willing to take risks. They’re respectful. They know they don’t know it all.

I was fortunate to meet Pat Summitt (head coach of the University of Tennessee women’s basketball team) in June at Val Ackerman’s (first president of the Women’s National Basketball Association) induction into the Women’s Basketball Hall of Fame. I always admired her as a coach and now I admire her as she fights early onset dementia – what a brave woman to admit it to the world and keep on coaching. Here is a favorite quote from her: “How can you improve if you are never wrong? If you don’t admit a mistake and take responsibility for it, you’re bound to make the same one again.” 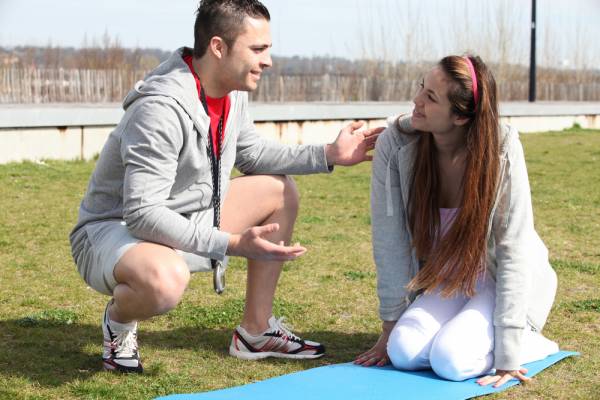 The player who wants to succeed has to learn that the coach’s goal is to create success for the team as well as for individual athletes – these go hand-in-hand. Players have to understand how the coach’s behavior helps them function and improve, even if it’s different from what they might prefer. Indeed, sometimes athletes will be asked to do things differently from what they’re used to. And they have to be able to set their egos aside and adapt.

In my experience, my most coachable clients have all shared at least these characteristics… humility (because they know there is always more to learn), high self-esteem (because they don’t take constructive criticism as a personal attack), courage (because they willingly attempt even the most challenging or intimidating tasks), ambition (because they have a vision they want to achieve).