People who train combat sports are split as to how they view cauliflower ear. Some see it as a badge of honor while others see it as a guarantee of unemployment or lonely nights. 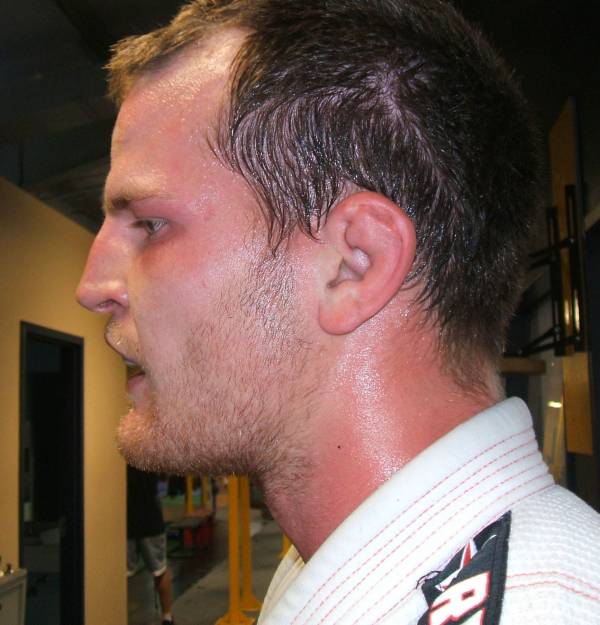 People who train combat sports are split as to how they view cauliflower ear. Some see it as a badge of honor while others see it as a guarantee of unemployment or lonely nights. In five years of training, I’ve never had cauliflower ear. There were times during rolling when I felt as though my ear would be ripped off of my head and the bottom lobe has been pulled so hard the skin split, but I’ve never had an issue with auricular hematoma.

A hematoma is localized bleeding outside of the blood vessels due to trauma. An auricular hematoma on the ear, or Cauliflower ear, is the result of grinding the ear during head pressure and escapes while grappling or trauma from strikes. In his report, Surgical Treatment of Cauliflower Ear, Mahmoud Fawzy El-Bestar explained that cauliflower ear in children is sometimes caused by their caregivers pulling or pinching their ears as punishment. The traumatized ear is painful to touch, especially during activities such as talking on the phone or lying on a pillow. Ear buds are no longer an option for severe cases and hearing can become impaired as the tissue expands.

Headgear is the best preventative of cauliflower ear for those who are susceptible. BJJ gear reviewer and designer Seymour Yang said he really likes Cliff Keen’s Twister headgear (pictured right), but my teammate Scott Nauss is a big fan of Brute ear guards. Although Scott’s current model is no longer available, the Bad Boy ear guards look a lot like them. He’s also tried MatMan ear guards and said he finds they don’t stay on as well as the Brutes. For the ladies, Cliff Keen offers the Slicker in addition to its ear guards to keep the hair bound and out of the face. 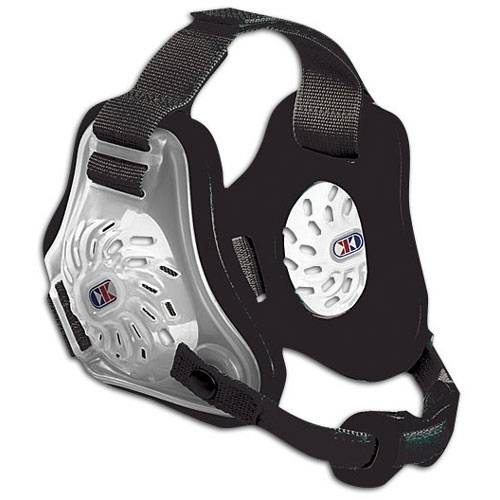 No Drain, No Gain

Most often when athletes do end up with pockets of fluid on their ear, they choose to have it drained. I suggest going to the doctor and having the ear drained by a health professional, but many people choose to do it themselves or ask a friend to help. If you go to a health professional, see if you can get a referral from a teammate, as not all practitioners will be familiar with treating cauliflower ear.

Once the fluid has been drained, compression should be used to ensure the ear does not fill up again. MMA Coach Peter Martell of Titans Fitness Academy suggests placing gauze on either side of the ear and using a binder clip to maintain pressure. During sleep, the head should be wrapped with athletic wrap or gauze to keep the pressure bandage from slipping off. The Mat Doc suggests using dental caulking or a thermoplastic splint for compression and I’ve even seen one doctor sew coat buttons onto a drained ear to keep it from refilling.

If the ear is not drained, within seven to ten days the pooled fluid will harden and the ear will become permanently deformed. The only option at that point is surgical repair. In his study, El-Bestar stated that in all surgical corrections during his reseasrch he was able to deglove, or peel the skin away from, the ear and excise the deformed auricular cartilage in one piece. Once retracted, the cartilage was found to have two distinct surfaces – the deformed outer surface and an inner surface that exactly replicated the original ear cartilage. The original cartilage had thickened and calcified in all instances and required minimal corrective shaving. Photos of the procedure and the extracted tissue can be found in his report. 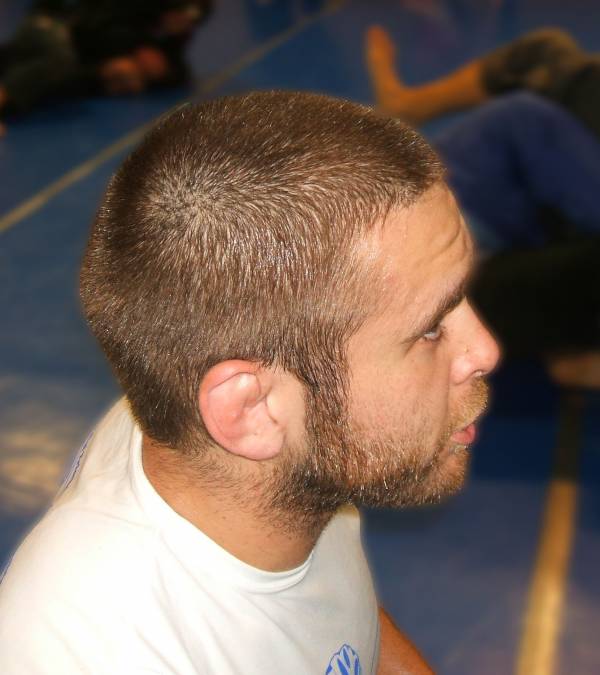 For those people who worry about whether someone would date them if all tactics failed and they did end up with cauliflower ear, never fear. According to a Sherdog forum thread, many men have confirmed they would date a woman with cauliflower ear. In fact, one gentleman indicated that he would even lick them.

There is also another thread on Sherdog with men speculating as to whether women would date a guy with cauliflower ears. I’ve found in many cases when men speculate about how women think or feel that it results in total inaccuracy. My favorite comment from this thread was, “I can see drunk girls/bar sluts finding it attractive. But I can’t imagine any girl in the right mind wanting to nibble on cauliflower ear.” My opinion is if someone won’t date you because of your ears, you’ve dodged a bullet.

Athletes can go years without developing cauliflower ear and if you’re one of the lucky, don’t start bragging yet. Stephan Kesting of Grapple Arts reported that six-time world champion Robson Moura didn’t get cauliflower ear until several years after he had received his black belt.

Best of luck to you, fellow grapplers. I hope your ears stay pretty for years to come, but if not, try and stay away from Kimbo Slice: