The Two Cardinal Rules of CrossFit

When you’ve done CrossFit as long as I have you figure a few things out. Today I’m going to share my two personal rules with you. Try them out – they make all the difference for me. 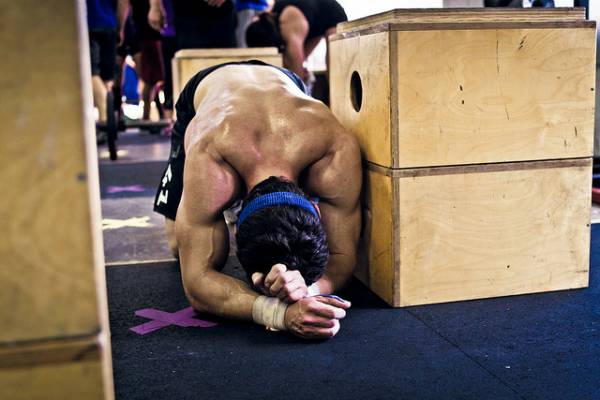 Whether you’ve done CrossFit or just seen videos of it, you know its reputation for workouts that will crush you. I have a lot of firsthand experience with this crushing feeling. I first started doing CrossFit in February of 2005. Back then, the certification courses were three days long and Greg Glassman taught most of it himself. Eva Twardokens, Annie Sakamoto, and Nicole Carroll were the three coaches assisting my first course, at the original CrossFit gym in Santa Cruz.

I am telling you this so you understand my strategies in regards to CrossFit come from a long experience, as both a student and a coach. And I am definitely a strategic athlete, always assessing how best to make the rules and the environment serve my goals. So I am not speaking lightly when I say I have two cardinal rules when it comes to CrossFit. I never break these and they make a tremendous difference in my experience and success in the workouts.

When I was coaching at CrossFit LA, I would occasionally observe a student about to make a tragic strategic mistake when preparing for a workout. I would wander over to him or her and say, “So, I have two personal rules when it comes to CrossFit. Want to know what they are?” Almost always they or the person standing next to them would eagerly say yes. “If you follow these rules, you’ll be alright,” I would tell them.

So, you, out there, in your gyms, in your garages, or running around in parks, you who are new to CrossFit and so prone to these same strategic errors, take heed. These two simple rules can make all the difference.

The Two Cardinal Rules of CrossFit:

I know, you think it’s too simple. You’re thinking, “That’s it?” Let me explain. 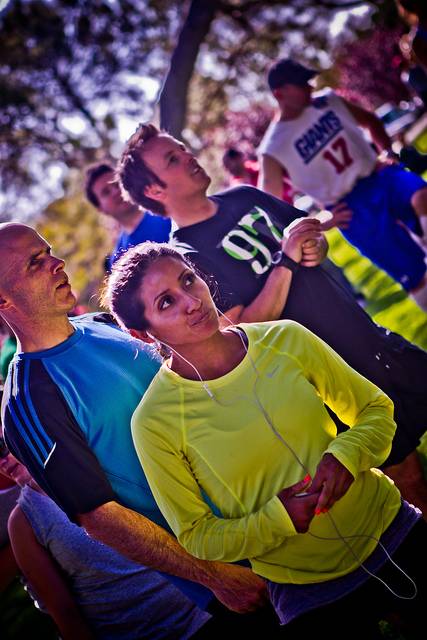 Unless you do CrossFit on your own (and that’s just miserable), you’ve experienced a moment in class when you were divided up into heats or partnerships. Shortly after this division was when the coach said something like, “Decide who goes first.” You should always go first. Volunteer to go first, jump to go first, or fight to go first. Spit on the barbell if you have to. Just go first.

When I began coaching CrossFit classes years ago I was horrified. Prior to that, as a student, I’d seen the faces of visitors and family members watching class, and heard them say things like, “Why would you do that?” But I didn’t get it until I coached my first class. As I watched everyone doing the workout I thought, “They look miserable. This looks awful.”

It’s that same feeling students get when they show up a few minute early and the previous class is still finishing. You get to watch them in the most painful throes of the movements. You consider turning around and going home. You get anxious, nervous, and you have to go to the bathroom a few times. It’s tortuous and it doesn’t get you into the best mental place for your workout.

Don’t ever volunteer to experience that. By not volunteering to go first, you are volunteering for unpleasantness. When the coach says, “Decide who goes first,” you go first. Trust me on this. Go second just one time and you’ll realize the importance of this rule.

Never Do the Math

It never failed when I was coaching and I would start writing the workout on the whiteboard that I would hear some student standing behind me mumbling numbers and doing multiplication. After another moment or two, somebody would call out something like, “What? Three hundred squats?” Just stop it with the math, people. 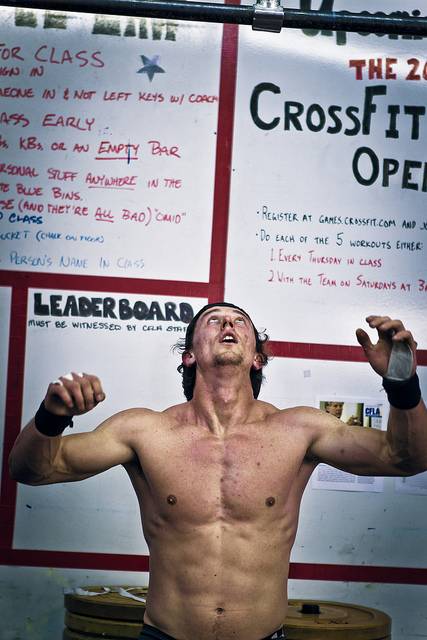 Does it help you to know that you’re doing three hundred squats? Doesn’t thirty squats sound so much better? What did you gain from multiplying ten times thirty? Stop thinking so much. Just do what’s right in front of you. Don’t make a mountain out of molehill. Nobody wants a CrossFit-sized mountain, for goodness’ sake.

To me “never do the math” is about being present. It’s about living right now, instead of living in the future. If I spend all my time thinking about what might happen or even what I want to happen, I can’t actually be focused on doing it in the here and now. I also run the risk of accidentally fulfilling whatever unpleasant pictures I’ve painted for the future, rather than just doing the little chunk of work that’s right here at my feet.

And that’s it. Those are my two cardinal rules of CrossFit. At their heart these rules are about your mind, not your body. Your body could go first or second. Your body doesn’t particularly care about math. But your brain does, and maybe your not-so-productive self-talk does, too.

These two rules, though simple, are called cardinal for a reason. They are of utmost importance. They might also be a bit Zen in their simplicity, but perhaps the experience of following these rules will help you see the lesson. Give it a try and let me know how it goes. Who would you be if you were someone who always volunteered to go first and lived in the right now?