I am going to explain adrenal chemicals one by one, so we can understand the complex mechanisms of adrenal function and how to maximize our athletic performance. First up – norepinephrine. 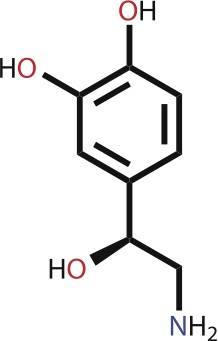 There is a lot of talk about adrenal health lately, particularly adrenal fatigue. Most of us get the gist of it. If you stress your body out too much, for too long your adrenals just up and quit on you. Most of us also understand that when our adrenals are not functioning properly our energy levels and moods suffer, as well as our mental and physical performance. But how many of us really understand the chemicals and hormones made by the adrenals?

I am going to explain these adrenal chemicals one by one, so we can all better understand the complex mechanisms of adrenal function and how to maintain or regain healthy adrenal function to maximize our athletic performance. The first chemical up is norepinephrine.

Norepinephrine, also referred to as noradrenaline, along with epinephrine is what most of us think of as the “fight-or-flight” hormones. It’s technically a catecholamine, but it functions as a hormone and neurotransmitter and is produced by the adrenal gland, postganglionic neurons of the sympathetic nervous system, and part of the brain called the locus coerules. From the locus coerules, noradrenergic neurons branch out and form a system that enables norepinephrine to be delivered to different parts of the brain. In a similar fashion, the postganglionic neurons enable norepinephrine to be delivered directly to target organs and cells in the body. The adrenal glands dump norepinephrine directly into the blood. These mechanisms usually come into play when we are under stress.

That release of norepinephrine (as well as epinephrine) is what gets your blood pumping and heart pounding, giving you the shakes when you’re put in a stressful situation. It triggers the release of glucose into the blood stream and increases blood pressure, heart rate, mental alertness, and respiratory rate. When released from the locus coerules, it has an anti-inflammatory effect on the brain. It also shunts blood away from the skin and to the heart, brain, muscles, and kidneys. (Ever wonder why you have to urinate constantly right before a super tough workout?) In other words, norepinephrine gets you ready to respond physically to a perceived stressor. It is also used as a drug to maintain blood pressure and treat bradycardia (slow heartbeat), among other things. 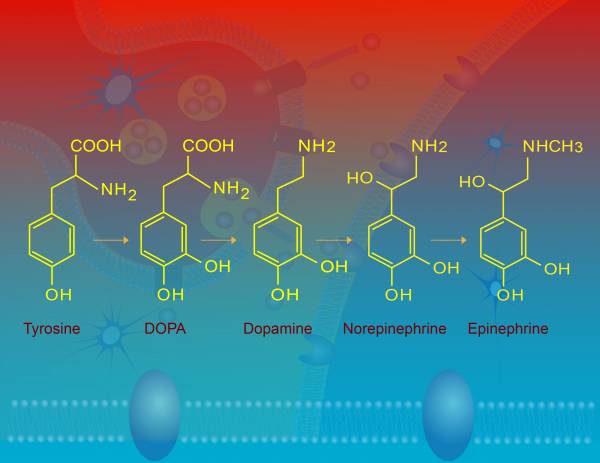 Since, we know that norepinephrine, in the right amounts and at the right time, is essential for optimal mental and physical health, it warrants a brief overview of some of the ways its production and actions may be altered. I won’t get into the specifics of disease processes and treatments. Just be aware that depression, anxiety, blood pressure problems, heart rate issues, and many other illness can be attributed, at least partially, to the deregulation of norepinephrine production and function in the body. We’ll address the specifics of disease processes and treatments related to adrenal function in another article in the future, but I want you to have a basic understanding of how norepinephrine production and function might be changed.

First we need tyrosine available to make dopamine and eventually norepinephrine. If we don’t have enough of the raw materials we can’t make the hormone. Tyrosine is considered a conditionally essential amino acid. Most of the time, we do not need to actually ingest foods high in tyrosine. We can use phenylalanine, another amino acid that must be ingested, to make tyrosine. However, if the diet is lacking in phenylalanine then tyrosine is considered essential and we will need either supplementation or diet to be changed to include foods higher in phenylalanine and tyrosine. Foods high in phenylalanine include meat, fish, and some dairy like cottage cheese. Foods high in tyrosine include meat and dairy as well as bananas and seaweed. 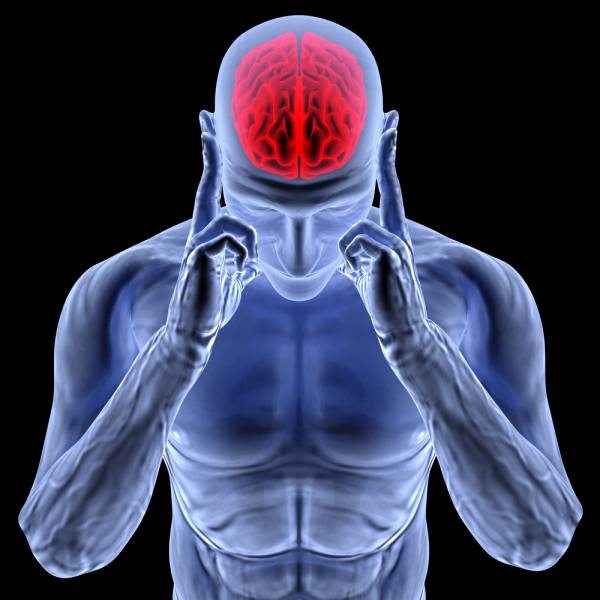 So, there’s a lot that can go wrong when you look at all the things that can interfere with proper production and function of norepinephrine. We know that we want our norepinephrine production to be on point. Not too much. Not too little. Without that balance we develop problems involving our moods, energy levels (adrenal fatigue), blood pressure, and more. All of which can negatively affect your fitness, ability to reach your goals, and ability to enjoy your workouts.

Are there ways in which you might need to examine your stress hormones? In part two, we discuss another piece of the adrenal puzzle – epinephrine.