For Weight Loss, the Scale Can Be Your Friend

Many fitness and nutriton professionals warn against weighing yourself frequently. However, the practice might have some benefits after all, according to a recent PLOS ONE study. 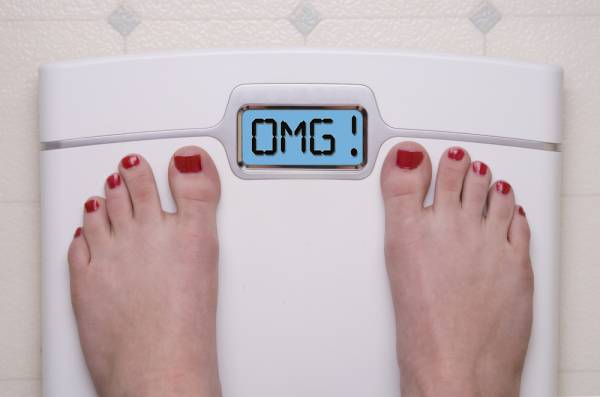 As the old saying goes, “Knowledge is power.” As noted by the researchers of the study, frequent self-monitoring of one’s bodyweight has been associated with favorable outcomes for weight loss plans in previous studies. Frequent weigh-ins have been even more successful for weight maintenance.

Since many athletes struggle with their weight, it’s possible that a greater access to data could provide more consistent feedback. The feedback would have two potential effects:

The researchers also noted that, in theory, frequent self-weighing improves self-awareness and provides an early detection system. Much of the past literature has relied on self-reporting and isn’t particularly precise.

In this study, the researchers wanted to know if regular weigh-ins do help, and, if so, what would be the best frequency. They were also interested in how natural fluctuations in weigh-in frequency affected body weight.

RELATED: 7 Reasons You Aren’t Losing Weight (Or Keeping It Off)

A group of 117 participants were asked what their goals were for their body weight. Forty participants indicated they would like to lose weight. They received a scale and were provided with an app to record their weigh-in data. They were encouraged to weigh themselves just after waking up, but prior to breakfast. The subjects did this over the course of a year.

The frequency of weigh-ins was inversely associated with weight loss. As the researchers noted, “Weight loss was significantly decelerated or weight increased when the day difference between two consecutive weight measurements became longer.”

“The risk of weight gain from insufficient self-awareness and lack of feedback increased in subjects who measured less frequently.”

When the goal was weight loss, the best frequency for weighing was daily. The researchers found subjects who weighed in less than once a week actually experienced weight gain. They hypothesized that the risk of weight gain increased due to insufficient self-awareness and lack of feedback. 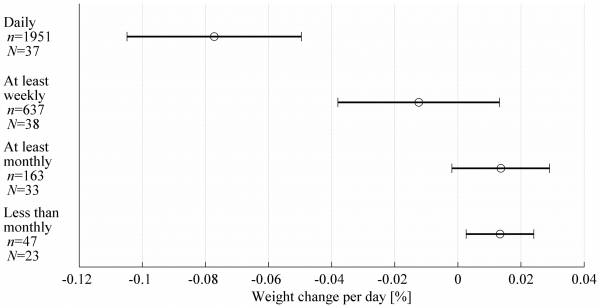