Fast Food – Does It Have to Be Unhealthy?

You’re stuck on the go with no time to pack food. What choices can you make to improve your nutrition? Can you bring something with you? Can you make wise choices at restaurants?

What if nutrition on the go was just as quick, easy, and inexpensive as fast food? Would it make a difference? We live in the twenty-first century, where fast food is a part of life and nutrition on the go couldn’t be more important. In a typical day, one-third of Americans eat at one of the 300,000 fast food restaurants available to them; it’s quick, easy, and it doesn’t cost a lot of money.

The rise of this type of fast food nation has been linked to rising incidences of obesity, the number two cause of preventable death. According to the CDC, over 245,000 Americans die prematurely each year due to obesity. What one chooses to eat when on the go certainly contributes to this startling number. The fast food diet is typically higher in fat, calories, and sodium with less fruits and vegetables, which can result in type 2 diabetes, high blood pressure, and high cholesterol.

Forty years ago, Americans spent about $6 billion on fast food, while just six years ago, that number rose to over $142 billion. Additionally, Americans spend the same amount of their monthly income on food (less than 9%) that in the 1960s was spent on healthcare. Less money is spent on what is put in the body, leading to more money being spent on repairing the damage done.

Fortunately, nutrition is becoming a part of the national dialogue and fast food restaurants are finally paying attention. There are some healthier choices one can make when faced with fast food as the only option on the go, like an Arby’s Light Roast Chicken Sandwich (276 calories, 7 grams of fat), but the best choice is still your own lunchbox full of nutritious goodies packed in advance.

Pre-planning is the best way to combat bad nutrition; it allows for proper proportions, lower caloric intake and better quality foods. Building a homemade BLT and packing it for lunch is going to be much better than a Big Mac, and it won’t take seven hours to burn off like a Big Mac will. 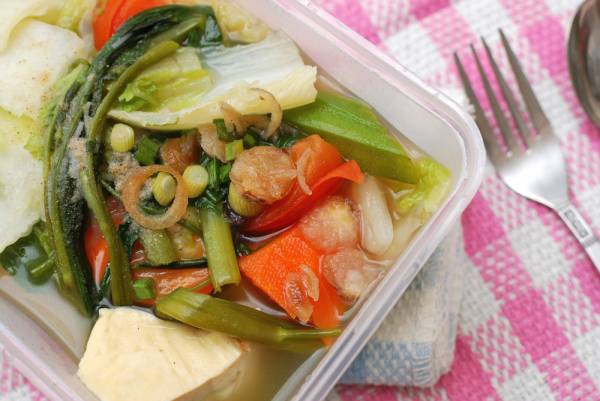 There are also great options for nutrition supplementation on the go, like Barlean’s new Omega Swirls to Go in five delicious flavors. These great little packets can be tossed in a lunch box, purse or even a back pocket and they provide a full serving of omega-3s in one gulp. Our bodies don’t produce omega-3s, so we have to get it from our diet and packing fish for lunch isn’t exactly the easiest thing to go (I know, I’ve tried. Reheating it typically doesn’t go over well with the office buddies).

All is not lost if pre-planning doesn’t work out for you and going to a fast food restaurant is the only way you’re going to get anything eat in a given day. You can make healthier choices, but there are a few things to remember:

Fast, easy, and cheap no longer has to mean fattening or unhealthy. Everything we eat is something we choose to eat. Next time you’re out and about, what will you choose?