Fast running speed. You all want it, but how do you attain it? Is it possible to significantly improve speed? If so, how much can you improve? What drills and exercises are truly effective for increasing it? What’s the deal with all of the purported speed-enhancing gadgets on the market? Are they effective?

Great questions all of them, but what are the bottom-line ingredients of maximal running speed? That is, how is speed ultimately produced neuromuscular-wise and biomechanically?

Can you name a sport that solely involves speed in a straight line from start to finish? Obviously, track sprinters come to mind. Beyond those specimens, there isn’t much to choose from. The exception might be baseball and softball players running to first base. In sports such as football, lacrosse, and soccer a player may sprint twenty to thirty yards in a straight line, but then it can change to a multi-directional requirement in an instant. You may have exceptional speed in straight-line situations, but can you transition to a different sport-specific requirement and remain fast?

World-class straight-line sprinters are skilled in that activity, literally, from the start to the finish. Hours of work are spent on starting block technique, initial acceleration phase mechanics, the mechanics of attaining maximum speed, and the maintenance of maximum speed through the finish line. A bad start, a slight glitch in foot ground contact mechanics, poor arm-action mechanics, or a lack of endurance near the end of a race can result in defeat. One slight error in the aforementioned can lead to losing by six inches, a foot, or a yard in the race. These athletes work hard to perfect their start and ability to optimize their capacity at different phases of their specific race. Although they are performing a seemingly simple task – sprinting in a straight-line – many details need to be addressed to assure optimal results.

It’s evident that developing maximum straight-line speed is a challenge. What about the multi-directional speed that most sports entail?

As you are well aware, most athletic competitions require multi-directional movements and skills. If you want to perform faster in these activities – actions performed laterally, backward, forward – they are dependent upon the unpredictability of an opponent or the need to reposition yourself to complete a required task. To become faster at them, you need to replicate these situations in practice. Sensible speed-enhancing programs should therefore address improving your ability in multi-directional and sport-specific requirements. 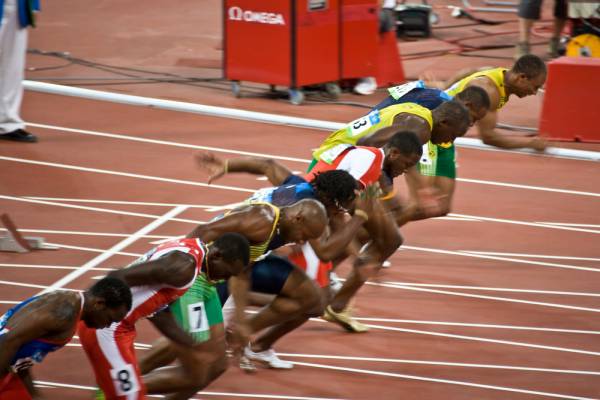 Straight-line running speed, which most “speed development” programs address, is contingent on stride length and stride frequency. It’s a simple equation: The longer and faster your strides, the faster you can run. Look at 100 and 200 meter world record holder Usain Bolt of Jamaica. When this genetic anomaly ran the fastest 100 meters of any human being in 2009, he took only 41 strides from start to finish. The average world-class sprinter takes 44 strides over that distance. Bolt’s stride-generating ability, coupled with the fact he has longer legs, is a simple lesson in physics. He is able to move his longer legs faster and over a greater distance as compared to his fellow competitors. All other factors being equal, this gives him a huge advantage in reaching the finish line first.

It all makes perfect sense for a straight-line person, but you need to address speed improvement multi-directionally to benefit the majority of Breaking Muscle readers.

Therefore, here’s how to how to get faster in your sport:

1. Practice what you want to be faster at. Whatever it is, practice it in real time. Not a few times, but hundreds of times. Skill and motor learning research clearly shows that perfect practice improves your ability to execute perfect execution of that skill in competition.

2. Get stronger. Increasing the strength of the force-producing muscles you activate in skill executions can facilitate a faster skill display. Do the math. More force produced equals decreased movement time potential in skill execution.

3. Genetics. If you are naturally endowed with a higher percentage of fast-contracting muscle fibers, you can execute a skill movement in less time, all other factors being equal. If you possess shorter limbs, they can potentially move faster than longer limbs. If your muscle origins and insertions are exceptional, you can also move your limbs faster than poor origins and insertions.

4. Body composition. In our current obesity epidemic environment there are so many slow people roaming the planet. It’s an unfortunate fact, but the more fat you have clinging to your body the slower you will be. However, shed that non-contracting fat mass and the faster your potential speed can be, whether it’s lateral, backward, or forward. Think about it, if you possess an excessive amount of non-contracting weight your intended movement has to deal with that excessive load. Excessive load = slower movement speed. 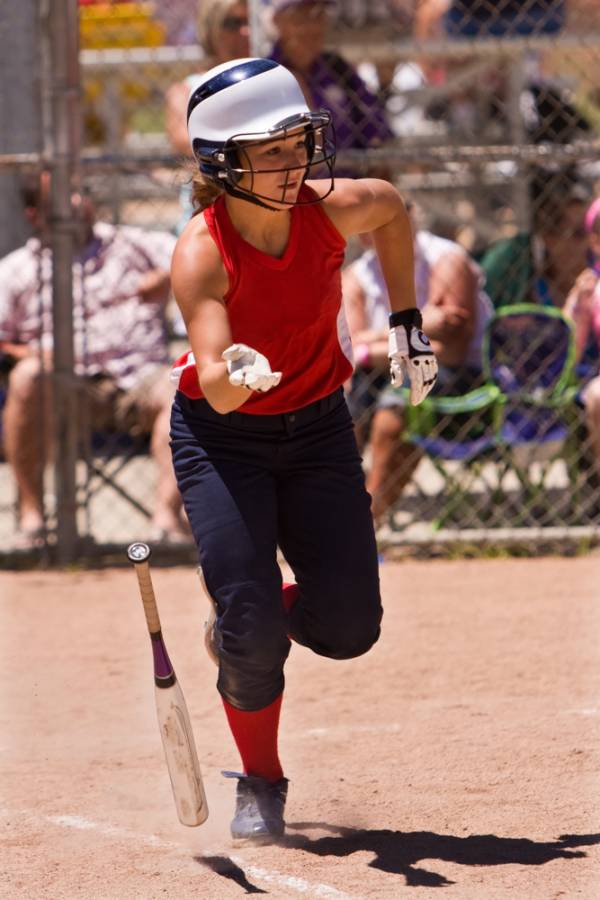 5. The mental aspect. If you have above average mental acumen you can be faster than your opponent. Here is the rationale: If you have insight on where to move yourself for a specific situation, you minimize the time spent performing that task. If you can move from point A to point B in a more efficient manner as compared to your opponent, it results in a greater power output compared to your foe. Minimal mental delay equals faster reaction, which equals faster skill execution.

6. Endurance. This is a speed-enhancing factor that so many overlook. If you’re gasping for oxygen in the latter stages of a contest, you will naturally be less effective at that stage of the event. If you’re in exceptional cardiovascular condition and consequently able to display quick, powerful, and maximal exertions at any point of a competition – especially at the end of a contest – you can exude more power as compared to someone possessing less endurance and who is out of shape. Better endurance means you have a better potential to perform at your best during any phase of your activity.

Speed development is so much more than implementing a menu of goofy non-specific drills such as high knees, arm pumps, or skipping drills. These activities can create fatigue – and offer an endurance benefit – but the majority of purported speed-enhancing programs are pure fluff and don’t address how true sport-speed is generated. Heed the aforementioned six points and you will be on the right path to getting faster.