How to Make Up for Missed Training Runs

How should you continue with your training plan after missing one or more runs? Here are tips from three expert sources.

One of the questions that I am asked most often from my clients is how to catch up on missed training runs. In general, runners tend to panic when circumstances prevent them from running, especially if they have been following a set training plan in preparation for a race.

The Reality of Detraining

The biggest fear for most is a fear of detraining, or losing all of the fitness gains so far achieved. In his article Losing Running Fitness, marathon runner and coach Jeff Gaudette outlined what he believes detraining actually looks like. He used the example of a twenty-minute 5K runner who loses two weeks of training. This runner after two weeks of no running would theoretically run a 5K in a slower time of 21:05. After nine weeks of no running, his or her 5K time would be around 24 minutes. If yet another two weeks went by without any running, this runner’s 5K time would now be as slow as 25:30.

However you choose to interpret that information, I don’t believe it’s ever a good idea to try and play catch-up. I’ve never seen or heard other running coaches endorse the idea of squeezing in extra miles to make up for missed runs, because it’s simply too risky. Doing so would compromise adequate recovery and increase the risk of injury.

How then, should a runner continue on with his or her training plan after missing one or more runs? According to the National Academy of Sports Medicine, the best thing to do is make a decision on which runs would be beneficial to reschedule and which ones can afford to be dropped. If a long run can be made up mid-week, for example, then do so, but make sure a day (or two) of rest follows.

Also important to note, according to the Academy, is accepting that any runs missed during the tapering phase of training would best be forgotten about. The natural inclination for most runners, especially when in panic or guilt mode, is to work harder and double-up on workouts. But the smartest move during a taper would be to let it go and move on. The last thing you want to do right before a race is fatigue yourself unnecessarily. 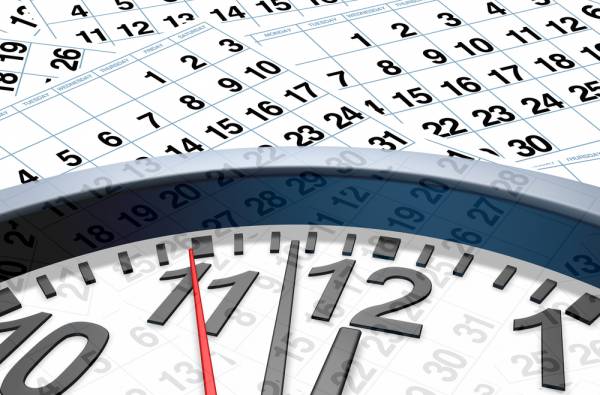 Another strategy on overcoming missed runs comes from Coach Jenny Hadfield. In her article Marathon Training Catch-Up, Hadfield suggested hatching a revised plan, one that modifies your remaining weeks of training.

Hadfield used the example of a runner who missed an entire week of running due to illness, including an eighteen-mile long run. The week following the runner’s illness was to include the first of two twenty-mile runs, but Hadfield suggested that the runner modify her plan in such a way that her first week of the now-revised plan involve scaling back the scheduled mileage to 75%. In this case, the runner was supposed to run a total of 36 miles (5-6-5-20), but she would instead run a total of 27 miles (4-5-4-14), and the intensity of each run would be done at an easy effort.

In the second week of the revised plan, the runner would do the runs that she missed during the week she was sick, and once again, all at an easy effort. The third week of the revised plan is where she would pick up the original plan, but starting from the week of the first twenty-miler. Then finally, in week four she would bypass the following weeks and go straight to the first week of tapering. So in effect, she will have missed the second twenty-mile long run, but according to Hadfield she’ll be better prepared and less fatigued.

Ease Back Into Your Schedule

Here’s one more strategy, offered by Coach Jeff Gaudette. If it’s just a few days of training that have been missed, Gaudette recommends easing back into your training schedule with three or four easy runs that have been decreased in distance to about 80-90% of the scheduled mileage. By throwing in some strides or explosive hill sprints, says Gaudette, you’ll engage the central nervous system and prime the legs for some harder runs.

If it’s six to ten days of runs that have been missed, you can start back with three easy-paced runs with the mileage of the first run starting at approximately 60-70% of that which is scheduled. Increase the mileage of each consecutive run by 10-15%, and include either strides or hill sprints. If after the three easy runs you’re feeling good, try doing a fartlek run that includes 6 x 3 minutes at 5K effort, with two to three minute recoveries. Provided all goes well with the fartlek run, Gaudette says you should be ready to jump back into your regular training plan. 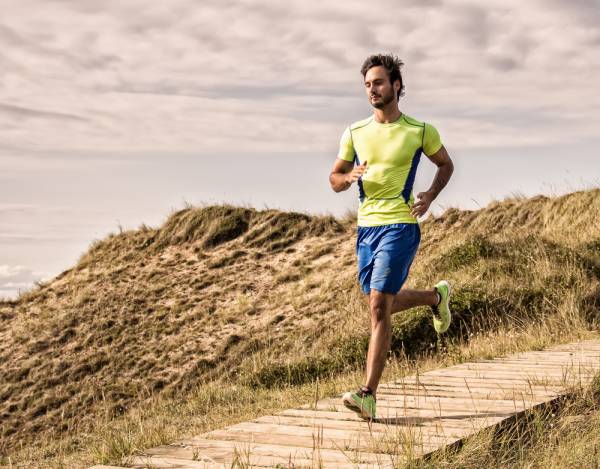 In the event that more than ten days of running have been missed, Gaudette suggests that runners follow the six to ten days of missed running strategy outlined above, followed by two days of easy running, and then the following workout: 12 x 400m at 5k to 8k pace, with a steady-paced 45 second or 100m jog recovery between each. The purpose of this workout is to reintroduce some speed and endurance in a challenging, yet not overly taxing way. If you manage to complete this workout without any problems, you can resume your regular training.

I hope these tips by three expert sources are helpful, but the main thing to keep in mind when considering how to continue after a lapse in training is knowing that you will inevitably feel a strong pull to try and make up the missed runs. Resist the urge, and remind yourself that you’re better off going into a race with fewer miles under your belt (but well rested), than in a state of overtraining with nothing left in the tank.

2. National Academy of Sports Medicine “What Should I Do if I Miss a Run,” Sharecare. Accessed August 26th, 2014