Brazilian Jiu-Jitsu is unlike other forms of exercise in multiple ways. One of the most significant is in the bonds practitioners create with each other through their training. Grapplers become part of a team when they join an academy, a team that encourages its members to train hard, compete in tournaments, and grow as people. Over many years, the connections can become familial, because Brazilian Jiu-Jitsu requires so much of those who pursue it, and because teammates and instructors put so much time and effort into helping each other progress.

Indeed, historically these bonds have been so strong that there is actually a word in Portuguese – creonte – to describe someone who leaves a team, joins another one, and competes for the new team against the old one. It loosely translates as “traitor,” and it reflects how high emotions can run when a teammate leaves. Read this article for more details on the origin of the term and a bit of context for why leaving a team has historically been such a big deal.

In the US, team loyalty is still very highly valued, but it is much more likely for practitioners to leave a team and join a new one at least once in their BJJ careers. I personally have made more than one move myself. My changes were all due to geography, and I like to think I’m still on good terms with the instructors and teams I had to leave behind. But people make changes for other reasons as well. It is always a sensitive issue, but given that it is a reality of the sport, I asked two of my friends who are black belts and who run academies of their own to explain how they would prefer a student leave their academy for another one.

There are a host of reasons someone would leave a school or a team. If the individual feels moving is the best thing for them, it is not up to the instructor or teammate to gainsay them.

On the other side, when a student comes from another gym, I want to know why they left, not because I want secret intelligence on other schools, but because I want to know what I’m getting myself into. I try to create a good environment for my students, and bringing in a student who has been kicked out of other schools isn’t worth disrupting that vibe.

At a tournament, an ex-student is going to have information about his former teammates, and he’s probably going to share that with any teammates who may compete against them. This is unfortunate, but it’s part of the game. As people compete more, their games will become more familiar to opponents regardless of inside information.

A student leaving his/her academy and joining another generates strong feelings and passionate discussion. This is especially true when the student joins another academy in the same area. 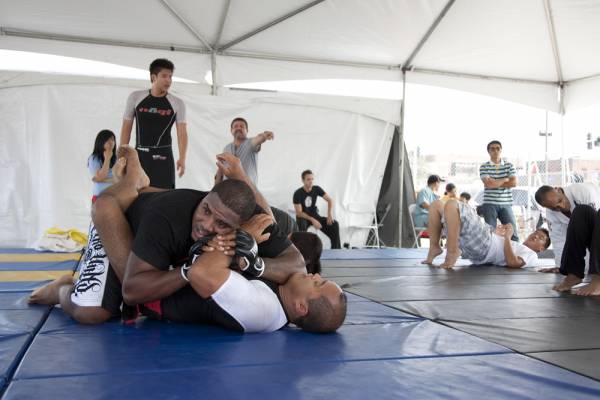 The first things to recognize are that this happens at every academy and for many reasons. Whether you are the instructor who is losing the student or the student who is leaving, the only thing you can control is how you act. Are you being respectful and honest or are you being vindictive and petty?

As a student, it can be intimidating to leave. You’ve probably made friends at your old academy, but for whatever reason, something isn’t right anymore. You’d probably like to remain friends with some of your old training partners and make as few waves as possible. You might even hope you can leave on decent terms with your old instructor. These are laudable goals, but they are not completely within your control.

You are not required to explain why you are changing schools, but remember that the way you choose to leave – whether having a brief and mature face-to-face discussion with your instructor, slipping away without a word, or making a big scene–will probably factor in to any future relationships.

As an instructor, it is natural to take it personally if a student leaves. Most instructors I know work hard to create the best training and environment possible. If a student leaves, they might interpret it as criticism. “How can they go train at Academy XYZ??? The training here at Academy ABC is the best!!!” However, even at the highest levels of jiu jitsu, some competitors leave one top team for another. That doesn’t mean the team the competitor left wasn’t any good. It just may not be the best place for that competitor anymore. As in any area of life, you cannot please everyone no matter how well you do your job.

As an instructor, the way you conduct yourself will factor into people’s perception of you. If the story of your nasty dispute hits the internet and you are portrayed as a dictatorial monster, how many potential students will now decide to go elsewhere?

What are your thoughts about leaving a grappling academy? Is the departing student automatically a creonte? Does the student’s behavior upon departure make the difference? What can the instructor and the student reasonably expect from the other party? As BJJ grows in popularity, issues of loyalty and responsibility will grow in significance. Weigh in in the comments section below.