OK! Kimonos founder Brendan Hufford is trying to change things for children who live in poverty. His gi exchange program is helping kids around the world have access to BJJ.

If you’ve read my contributor profile you know that I never played sports as a youth. One of the reasons is because I grew up poor and we couldn’t afford to buy sneakers or gym gear. Most of my clothes were second hand, and without those hand-me-downs I would have had a very limited wardrobe. Because we were lucky just to have food left at the end of the month, it never occurred to me that I could play sports or take martial arts classes. Instead, I spent my days getting into trouble with other people who didn’t do anything productive with their free time.

OK! Kimonos founder Brendan Hufford (a Miguel Torres purple belt), is trying to change things for children who live in poverty. He learned about the Drive-In BJJ Academy’s efforts in Rio de Janeiro through Christian Graugart’s BJJ Globetrotter blog and the subsequent episode of the Real Rio web tv show. The owner of Drive-In trains children for free (as long as they do well in school) and buys their gis with his own money.

Hufford explained how he became involved in the charity project:

I teach in an urban school in one of the more dangerous cities in the U.S., and while I have never experienced any danger in the area, I have a lot of experience with children who want to learn but can’t because they lack the money, knowledge, or resources to make it happen.

I saw those exact same type of kids training at Drive-In’s academy and I couldn’t help myself. One day a friend and I were chatting about glorifying God over ourselves and it hit me that this was a perfect opportunity to help them. Since then, I’ve done a regional gi drive and even started a gi exchange program where parents can trade in gently used kids gis to be donated to Drive-In’s academy in exchange for a discount on my gis.

It’s obvious why Brendan would want to help under-privileged children, but I wanted to know, why the name OK!? “I chose OK! because I wanted something that was easy for kids to understand but also something that bridged language barriers. Around the world, people of many languages and cultures understand that ‘okay’ is a phrase of positivity and acceptance, which is a strong message for me and the brand. This way kids of all cultures and languages can enjoy it!” 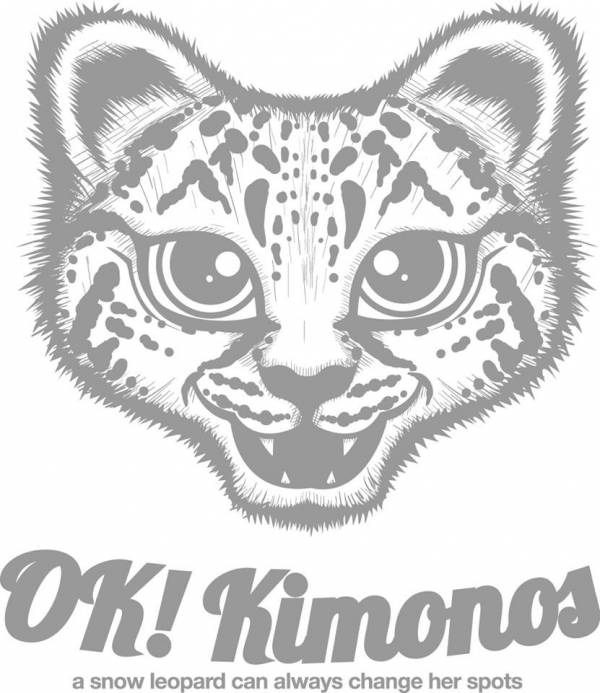 That cuddly tiger baby winking at you (or showing you the eye of the tiger) on the sleeve of the OK! Kimono is the creation of one of BJJ’s favorite designers, Seymour Yang – also known as Meerkatsu. An early concept drawing for OK!’s first gi, the happy little guy is “fun AND ferocious.” Thanks to the OK! Kimono crew we’re going to hear this generation of BJJ kids ROAR!

The brand mascot symbolizes Brendan’s message for children. “I want kids to know that it’s alright to be silly, nerdy, and dorky and then step on the mat at a tournament and hit a flying armbar in six seconds.” Training hard, confidence and assertiveness are key but he doesn’t promote unnecessary aggression.

I’m Facebook friends with and a fan of both OK! Kimonos and Seymour Yang (pictured below). They’re among the liveliest and most positive people in the BJJ community. I imagined that it would be a lot of fun to work together designing a gear line for kids and I was 100% correct. According to Brendan, the process is sublime. “I pick up Seymour in London. He climbs aboard the OK! Kimonos private jet and we listen to Chopin, flying faster than the speed of sound, on our way to Greece. As we sit atop the Parthenon, hundreds of animals waltz in the background as Seymour and I discuss design and philosophy. It’s pretty much the first forty minutes of Disney’s Fantasia.” 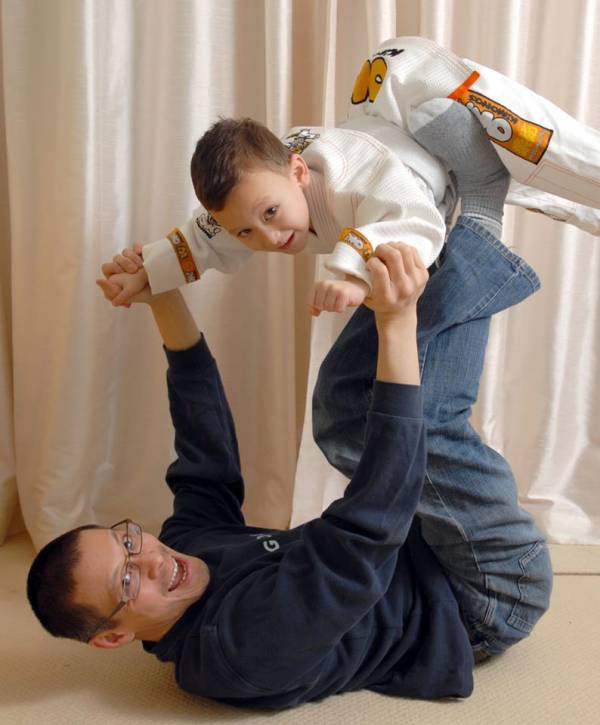 In addition to the children’s gear, OK! has released a limited edition blue adult BJJ gi and is in the process of designing a Snow Leopard line for women with the help of actual women. I’ve seen established MMA and BJJ gear companies develop amazing gear for men to grapple in, yet offer a line for women that is best suited for yoga. Said Hufford, “I always chuckle at men who create lines for women without their input. I’m exceptionally happy to have some of my good friends helping me with development and R&D.“ Brendan feels fortunate to be “sort of a ‘patron of the arts,’” and new products are also being developed in collaboration with artists such as Scott Miller, Bong Abad, Evan Mannweiler, and Chris Bones.

Hufford’s passion for BJJ gis grew from his love of street wear and apparel. “There’s just a tremendous amount that you can do with them and I love that our art encourages artistic expression on our equipment, much like skateboarding. We can express our art and personality beyond simply training, but in our gis and other gear as well. This is typical of lifestyle sports and makes BJJ very different from other martial arts because I can express my outside life in my art and my art in my outside life, making them one and the same.”

Whether you’re new to the Brazilian jiu jitsu game or you’re just looking to replace a tattered old gi, Brendan Hufford can tell you everything you need to know about pretty much every brand out there. He and his Gi Reviews partner Dan Halpin have reviewed a massive amount of gis and offer a free e-book, Epic Gi Book, to anyone who visits their site. The generosity doesn’t end there, though. To say thank you for checking out our interview, use code “Sally” to get 10% off everything at OK! Kimonos. Brendan said he’d tack on free shipping, too, but there’s no need. Gis ship for free in the U.S. – all day, every day.

In regards to reviewing versus manufacturing gis, Hufford reflected: 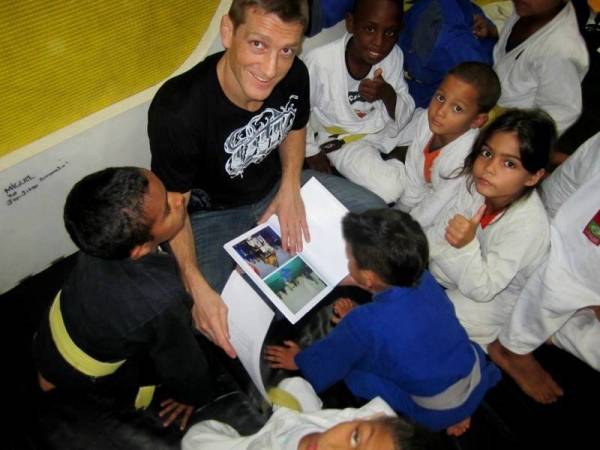 Running Gi Reviews gave me a bit of perspective that I wouldn’t have had otherwise. But, honestly, nothing could have prepared me for the business of designing and manufacturing BJJ gis.

Manufacturing is an entirely different animal in and of itself. A tremendous amount of time, effort, and money goes into creating a product like a BJJ gi, but I’d be lying if I said it wasn’t worth it in the end. I’ve been blessed to have surrounded myself with supportive people and even when frustrating things would happen (like getting an entire order of gis that bled color all over the place, making them unable to be sold), I was able to keep going. In short, it’s definitely not as easy as people think and while a lot of people are starting ‘BJJ brands,’ this type of thing really isn’t for everybody.

If someone had told me when I was ten years old that not only would I be a purple belt in Brazilian jiu jitsu but I would also be reviewing gear for companies like OK! Kimonos, I wouldn’t have believed them. Now that I’m almost forty I still can’t believe my luck, but keep your eye on Breaking Muscle for my review of OK! Kimonos Tora Spats, guaranteed to improve your swagger by 95%!

To read my entire conversation with Brendan Hufford download the complete PDF here.