Interview With Seymour Yang: What Does Meerkatsu Mean Anyway?

“If something I have created can reach out and bring a new person in to try BJJ out, then that would be my ultimate goal. Me personally, I just want to keep rolling, keep drawing, keep writing.”

When I started to do gi reviews, I had about eleven gis that didn’t fit properly. Inspired by Meerkatsu, whose real name is Seymour Yang, I created a blog and began reviewing gis to help women like me find ones that fit. I had wasted so much money, and I wanted to prevent others from doing the same. So of course, since I admired Seymour’s work so much, I immediately began sharing my horrible first reviews with him, hoping that we could be reviewer BFFs. And guess what? It totally worked.

Although he was initially known for his reviews, British-born Seymour Yang’s artistic talent was quickly recognized and he is now one of the most popular BJJ gear designers in the world. I recently spoke to him about his work, but first I had to know, where did the name Meerkatsu come from? Said Seymour, “When I began taking an active involvement with martial art forums back in the early 2000s, I needed a suitable user name. I had just watched a documentary on meerkats so I combined it with my favorite Japanese dish, katsu curry, to form the made-up word Meerkatsu.”

Seymour is a brown belt in Brazilian jiu jitsu under Nick Brooks, who is a black belt under Roger Gracie:

I began BJJ in 2003 but at that time, I was already a black belt in traditional ju jitsu (TJJ) and would continue to train both sports for a further four or five years. I eventually dropped TJJ because for me, the higher black belt levels became too far removed from what I wanted from the art – namely practical self-defense. It also lacked regular live sparring, which I found I enjoyed the most. Graduating to concentrate solely on BJJ was a natural choice in the end. 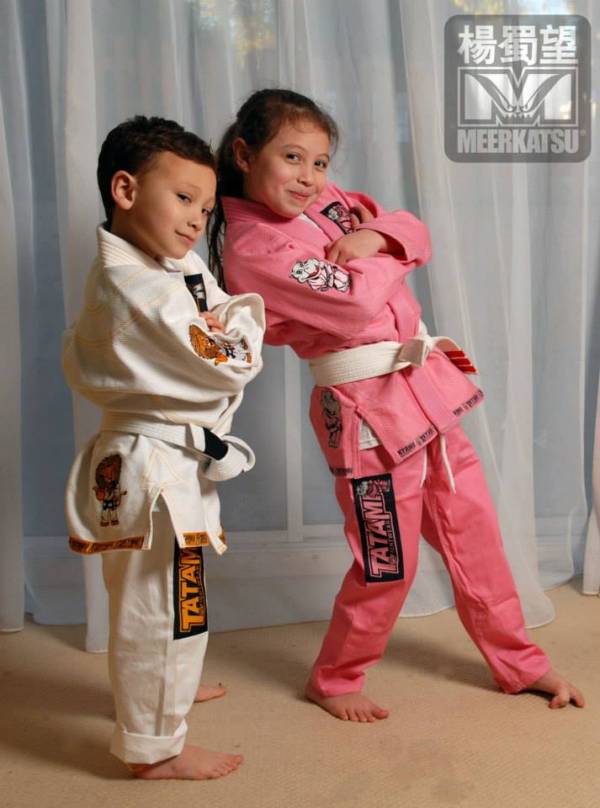 BJJ is becoming more mainstream, but it’s been a long time coming. When Seymour began training, I doubt many people heard of the sport. If you wanted to talk about it with others who trained, the easiest way was to go online. Seymour didn’t begin his blog with the intent to become a gear designer, but others recognized his talent and began requesting his services. Seymour explained:

My blog began in 2004 as a means to just ramble about my experiences training TJJ and BJJ at the same time. It soon morphed into a platform for me to basically just show off, so I would often post silly artworks. These blog posts were interspersed with more serious consumer reports about gis I had bought or were given to me for review purposes. It wasn’t long I guess before gym owners and brand owners noticed that I would offer artwork services too.

Seymour’s designs feature some of the zaniest members of the animal kingdom. I have a few of his designs, but my favorite is the 93 Brand x Meerkatsu “Mandrill 2.0” rashguard. It’s got a mean looking mandrill on the front and back, and it kind of makes me feel like a super hero. I asked him why the focus on animals? He said: 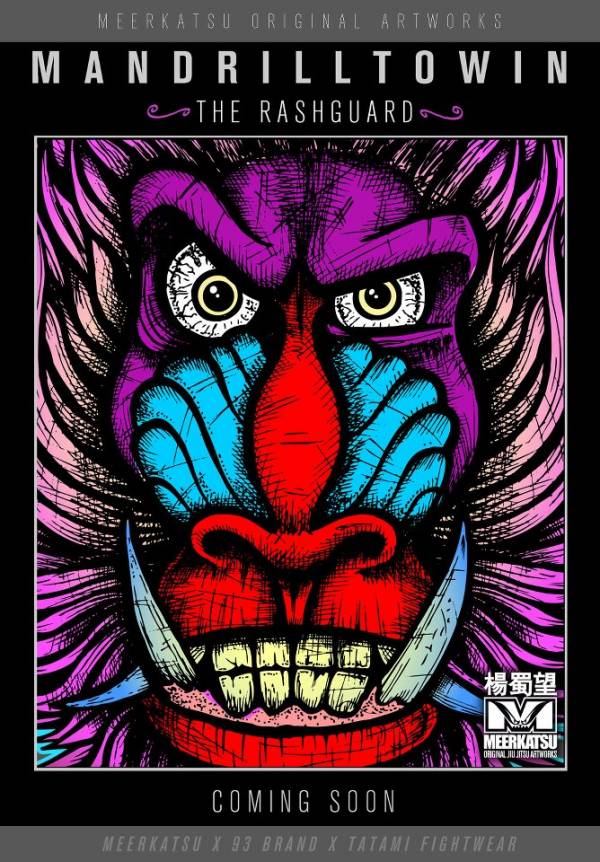 I’ve always loved animals, as a kid I was absorbed in documentaries and my bookshelf was stacked to the ceiling with field guides and animal anatomy books. Yes, I was that much of a zoological geek. Ironically, I ended up studying botany at University instead of animals. Either way, I’ve always enjoyed the marvels of the natural world so drawing nature comes easily to me.

For a typical commission, most animals I can draw initial sketches without much need to refer to photos or real world subjects, which probably explains why they always look a bit odd haha! Soon however the OCD kicks in and I will need to refer to images so I can get details correct. Like, how many scales line along a lizard’s mouth or the width of a Golden Eagle’s middle talon etc. I love my details!

Gear featuring geisha, demons, turkeys and many other characters have also been created to raise funds and awareness for causes such as RAINN and Rape Crisis, the victims of Typhoon Haiyan in the Philippines, and grapplethons for various events. Seymour loves a grapplethon:

In the past couple of years I’ve been honored to be asked to contribute artwork to a variety of good causes. I love the concept of the 24-hour grapplethon. My experiences with the platform have utterly enriched my life. 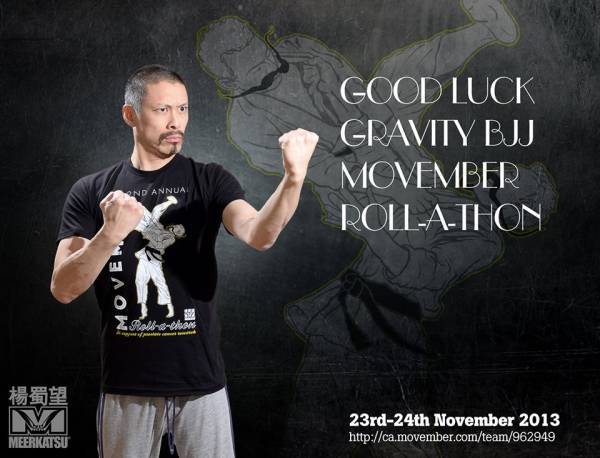 24 hours in one room is a very intense time period to stay awake, let alone try to roll jiu jitsu. Everyone walks away with a huge sense of pride and make lifelong friends. To me, it is the epitome of jiu jitsu. You simply cannot power and muscle your way through a 24 hour grapplethon. Instead, good planning, sensible pacing, good technique and smooth movements will ensure you last the course.

Fans of Seymour’s Facebook page can access and share his artwork and designs freely, and he encourages that. However, some people have altered and used his work for commercial purposes. I have so much respect for Seymour and his work that it saddens me to see people steal from him. When I asked him how he felt about it, he said:

The problem lies when other people decide to doctor the image, remove logos and watermarks, and play around with it, often without crediting the original artist. That sucks. But it’s not as bad as someone taking a piece of artwork and using it for their own commercial product or website without permission. 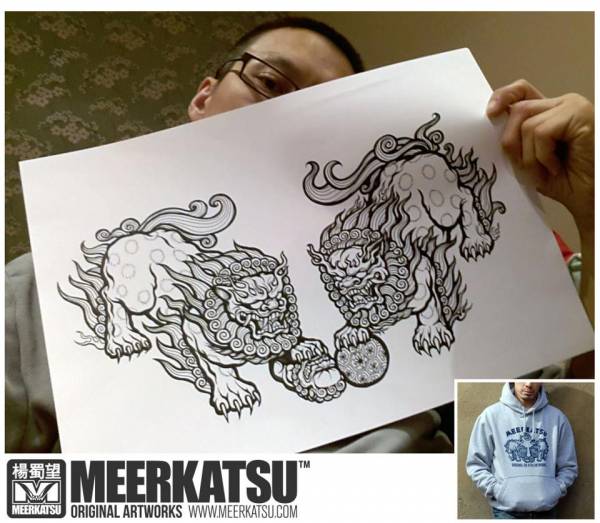 I used to hate adding watermarks. I hate the intrusiveness and the fact that viewers never get to see the artwork in all its intended glory. Unfortunately it is a necessary evil. I used to just pop a watermark into the lower corner, but thieves have often removed, cropped, or outright covered these with their own crap. So I have recently begun watermarking an opaque strip of branding all the way across the middle of the image. In addition, I tend to insert little Easter Eggs into the design – tiny logos, words, or other identifying marker that would be hard to remove without ruining the image.

Ultimately however, the true way to protect ones work is to work hard establishing an identifiable style that instantly marks the artwork as a Meerkatsu piece. Most of the art thieves I uncover were found out by my fans and followers. They instantly recognize my work and alert me.

Seymour’s fans and followers are very loyal. To them he said, “I draw, write or photograph about jiu jitsu because I love doing it. I’m deeply honored and extremely lucky to have like-minded people who care enough to want to wear my products or read my articles and for that I’ve very grateful.”

Of the future, Seymour shared, “If something I have created can reach out and bring a new person in to try BJJ out, then that would be my ultimate goal. Me personally, I just want to keep rolling, keep drawing, keep writing.” Keep in touch with Seymour on his Facebook page, visit his store, or follow him on Flickr and Twitter to stay up to date on his latest reviews and designs. 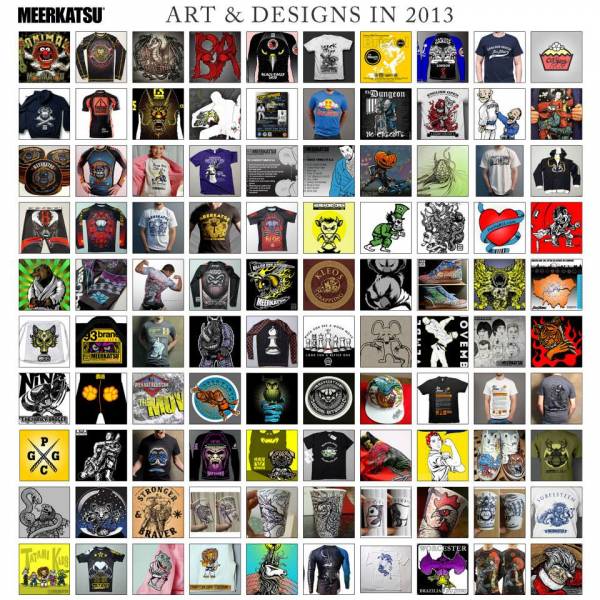