Going gluten free seems to be increasingly common these days, and there are definitely health benefits for people with celiac disease or other types of gluten intolerance. In fact, this has spawned a whole new industry of gluten-free foods, but like most trends, marketing seems to take over from actual nutrition. Here are four things to consider regarding your “gluten-free” status and what you’re actually purchasing and consuming:

The most common form of gluten is the wheat gluten, gliaden. However, there are a number of other forms of gluten such as secalin that is found in rye and avenin that is found in oats. When companies advertise products such as oats as gluten free (usually with an asterisk), the truth is they are taking a bit of marketing license. Gluten can also be hidden in products such as hamburger, sausages, gravies, sauces, and even in custard, as a thickener or binding agent. I always find some irony in watching people eat gluten free pasta with a cheese sauce, given that the base of the cheese sauce – the roux – is typically made from butter and flour.

Be cautious, too, of products that have names of gluten-free grains such as “quinoa and chia bread.” A quick check of the ingredients will sometimes show that less than 10% of the ingredients are these two things – and the remainder is often gluten-rich white flour. The same goes for a lot of wraps labeled rice or corn wraps. To be named as such, these products need to be predominantly those ingredients (i.e. 50.1%), but the remainder can often contain wheat.

Gluten is not restricted to foods. The majority of hair-care products also contain gluten. Some products declare this as wheat protein, but the majority hides the offending ingredient under other names. Look for ingredients such as:

The two mouthfuls – stearyl dimonium hydroxypropy and laurdimonium hydroxypropyl – are extremely common in shampoos and conditioners, and the gluten can be readily absorbed by the body’s largest organ, the skin. It’s possible that although you are reducing the gluten in your diet, that you are actually getting a greater amount through your skin.

3. The Solution Can Be Worse Than the Problem 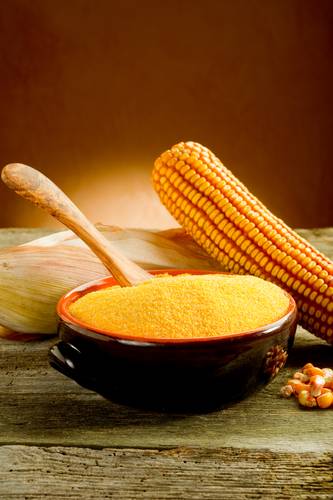 For people who don’t have gluten issues, choosing gluten-free products can actually be a worse option. Even for people with gluten intolerance, eating these products may not be healthy. Gluten-free in the sense of baked products really means “gluten replaced” and herein lies the issue. White rice flour, milled corn flour, and even potato- or cornstarch are all used as alternatives to wheat flour. Even chemicals with bigger names than stearyl dimonium hydroxypropy will find their way into gluten-free products.

These compounds are often worse in some ways than the product they are replacing, and here’s why. The glycemic index of these flours and starches is often much higher than the original gluten-filled product, causing a rise and crash in blood sugar and also a greater storage of adipose tissue. Add the fact that these products often have less fiber (which would reduce the glycemic index) and the problem is made even worse. Quite often, gluten-free products not only have a higher glycemic index but also more calories. So, if you are eating gluten free in this fashion in order to lose weight, it won’t work. In addition, these compounds can be more inflammatory than the original product, causing issues with the immune system and exacerbating other inflammatory problems like arthritis.

4. Gluten Isn’t All That Is Taken Out

By removing flour from a product, the presence of a number of other minerals is also removed. Vitamin B, zinc, and iron are either no longer present in the replacement or are added back into the ingredients in a synthetic, often non-bioavailable form.

So for non-gluten-intolerant people, going gluten free is not necessarily a healthy option – in fact, it can be quite the opposite depending on the choices you make. Even for gluten-intolerant people these products discussed above are not a good option. Instead, look for grains that are truly gluten free like quinoa and millet, which also still contain the other nutrients you need.