Is Sgt Nick Your Next Great Fitness Guru?

Sergeant Nick Rians may be building the next CrossFit.

Why should you know about Sergeant Nick Rians? First of all, Sergeant Nick is a very smart man. And for several years now, he has been almost superhumanly busy building a fitness program with specific grading and progressions, very similar to a martial arts belt-ranking system. It is called FitRanX and it could be coming to a gym near you soon.

FitRanX solves several problems for people who want a fitness program, but who are averse to chain gyms, wary of independent gyms, and wary of CrossFit. In fact, FitRanX is very attractive to would-be CrossFitters who may be put off by CrossFit’s reputation for injury, the lack of consistency among facilities, or the perception that you’ve got to push till you puke to “fit in.” For such folks, FitRanX is a clearer and more rational approach that still gives them the “box” vibe. We sat down with Sergeant Nick for an interview to learn more about FitRanX after getting a heads up from fitness luminary Dan John, who seemed taken with the man and the program:

How We Got Here

CrossFit popularized the idea of a fitness community and the idea that fitness is more than showing up at Gold’s and reading a magazine on the treadmill. It offered up a definition of fitness and a means to measure and attain it. CrossFit also helped redefine female fitness and bring strong females into the mainstream.

But the wind is no longer at CrossFit’s back. In the US, affiliate growth is generally believed to be stagnant, or worse. While CrossFit Inc. won’t give numbers, there are plenty who believe that many “boxes” are, in fact, closing or consolidating, and that the number of affiliates in the US is shrinking.1 Growth abroad is said to be continuing, but is hampered, particularly in places like like the UK and Australia, by things like gun giveaways and licensing requirements.

While designed for a wide range of facilities, the focus is on broadly defined fitness (sound familiar?), and is therefore very well suited to a would-be or former CrossFit box. In many FitRanX locations, you get the familiar Rogue bars, bumpers, rig, and rings; you get chalk and kettlebells; you get stall-mat flooring and a warehouse vibe. There’s the community, the facility, and the fitness – all the good stuff from CrossFit, plus all the good and unique things your coach brings. All this, and a system that, to many, just makes more sense.

A Brand Built to Last

A hallmark of FitRanX that may help it outgrow and outlast even CrossFit is a strong brand identity through consistency. CrossFit’s infamous inconsistency is a legacy that all fitness businesses are now saddled with. CrossFit gyms vary widely in many aspects: from facility and community to programming and equipment, what you get at one may be absent – or even antithetical – at another. There is virtually no oversight or governance or standards for running a CrossFit facility, and programming varies wildly among boxes. In this situation, one “bad apple” affiliate can spoil a whole market. This inconsistency must be baffling to consumers as well, but FitRanX wants to solve that problem. FitRanX offers total, apples-to-apples program consistency, no matter the location or coach. While there may be differences in tone or vibe among individual facilities, the program, and in particular the testing, is exactly the same. As Sergeant Nick explains:

Yet, despite the rigid standards and the competitive element inherent in literally ranking each person, FitRanX is, in fact, incredibly inclusive. You don’t get put to the side while the “cool kids” who compete get all the attention, because in a FitRanX facility everyone is on the same path, everyone starts at exactly the same place, and everyone faces the same hurdles. The competition element is organized and largely contained within the community of that facility. So you don’t need to ask your members to get up at the crack of dawn on a Saturday, drive for hours, and go workout someplace far away just to say they’ve “competed.” With the rank system, you also get more accountability than most gyms offer, because you get clear benchmarks and standards. You can’t do x before y, and you get clear instruction on how to get from one to the other. And, although the competition aspect is largely contained within the gym’s community, you still get to sweat and compete and celebrate as part of a worldwide community. 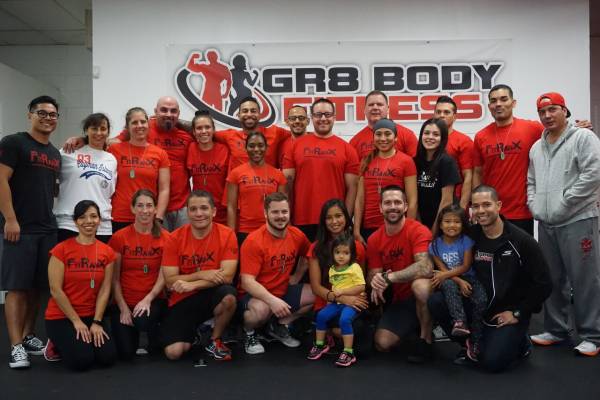 And that last element, community, is another that FitRanX has addressed so intelligently. CrossFit popularized the idea of a fitness community, and many consumers now expect to find community at any reputable gym. Inherent in the FitRanX system is a unique blending of community-building and elements of competition and events. This is something that seems to blend the best elements of friendly competition and community. It is, in many ways, very similar to martial arts gyms in that the testing is a gathering of a supportive community, and a chance to celebrate an individual’s commitment, effort, and achievement.

Is FitRanX the Next CrossFit?

FitRanX may or may not be the next CrossFit. But it might be even bigger. Sergeant Nick has built a sensible program that can be easily communicated. It maintains the key points needed in a post-CrossFit market: community, facility, and fitness. It fosters accountability and goal-setting, and excels at celebrating the successes of its particpants.

Time will tell. But today, FitRanX boasts more than 1,030 locations in 27 countries. And, in case you thought Sergeant Nick might be resting on his laurels, FitRanX version 3.0 launches on October 17th. In fact, the best value that Sergeant Nick offers may be that he is continually updating and refining his program and testing and training coaches in order to create standards for everyone, from those wanting fitness to those wanting a successful fitness business.

More on fitness in everyday life:

Shift the Culture of Everyday Health