One of the great things about writing about Brazilian Jiu-Jitsu is that it gives me an excuse to chat with practitioner friends and acquaintances who can share their perspectives on technique, interpersonal issues, and logistics related to the grappling lifestyle. With this topic, however, I am pretty much going it alone, in that I’m not naming names – yet.

But the only way I knew it was an actual topic and not just a reflection of my usual technical and implementational shortcomings was due to conversations with teachers, teammates, and friends who have far more experience and expertise than I do. The concept is something I have heard referred to as “Jiu-jitsu kryptonite.” (I didn’t coin this phrase, but I’m happy to throw it around.)

Like I said, when I first encountered my own jiu-jitsu kryptonites (and there have been several), I thought it was just my own shortcomings. It wasn’t until I started hearing about the concept from practitioners I respect who are far better and more experienced than I that I thought there might be a “there” there. Apparently I’m not the only one who is hamstrung by some people who theoretically have the same characteristics as other people who don’t give me as hard a time.

I’m not sure what causes my jiu-jitsu kryptonites to have that effect on me. I don’t know if they have specific physical qualities in common or if they like similar moves. What I do know is that this is another example of how ego can bite you in the keister. (In jiu-jitsu as it is in life.)

So what can be done about the jiu-jitsu kryptonite? There are several options, all of which I have tried. See if you can guess which has worked best for me:

1. Avoid the jiu jitsu kryptonite at all costs! – Pretend you have broken your leg, contracted mad cow disease, have to take an important international phone call about your offshore bank account when they ask you to train. Anything to keep from having to reveal this weakness to others or acknowledge it to yourself. 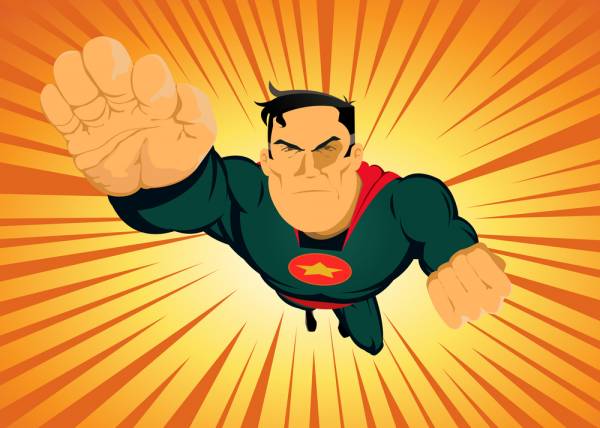 2. Train angry with them. – Flail around trying to apply your ineffective techniques, only try HARDER to apply them, and get really frustrated when you can’t. Risk hurting them and yourselves by refusing to tap or by forcing things, also ineffectively. (Good stuff, Einstein.)

3. Welcome the opportunity to train with them. – Smile while you are doing it. Depart from your normal game and roll your eyes good naturedly to yourself when they shut you down AGAIN. See if you get even an inch more of space or make them work a second longer. And count that as a victory.

What do you think? In your experience, is jiu-jitsu kryptonite an actual phenomenon? Or do I just need to spend less time complaining and more time training? (Regardless of the answer to the first question, I’m pretty sure the answer to the second question is a resounding yes.)