Analysis of the Liver Shot: Throwing and Defending

The liver shot is an infamous punch, but what is really happening? How do you execute it and how do you defend against it? Let’s look in-depth at this one, brutal punch.

I’ve only dropped someone to the canvas once with a body shot, but it felt like hitting a ball over the fence or a perfect 250-yard drive – exhilarating. A perfectly executed punch is a thing of beauty and precision. However, unlike the long ball in baseball or golf, the body shot doesn’t have the sex appeal. Chicks might dig the long ball as the saying goes, but the body shot is old school.

The body shot is like a stolen base in baseball, an effective tactic for advancing and ultimately winning. It’s also one that is pushed aside because stolen bases and body shots don’t end up on SportsCenter. Spectators love to see home runs and they want to see knockout punches and head kicks. That’s what makes the highlights. Thus, we don’t see a lot of stolen bases these days in baseball, and guess what most fighters like to practice? Superman punches and head kicks.

In limiting their practice fighters miss out on a vital part of the game and often also leave themselves vulnerable to this same assault. If they only knew how vital attacking the body can be in winning a fight. Indeed, one of the underutilized aspects of boxing and striking is attacking the body with devastating blows.

Of all these body shots, perhaps the liver punch is the most effective and damaging. The liver is the largest gland organ in the body and when it’s hit just right it’s incredibly debilitating. The pain is immediate, you can’t breathe, and your body feels like quitting, even if mentally you still want to fight. The effect of a brutal body blow is swift and severe, yet different from a headshot.

The thing about headshots is that they don’t hurt. Frankly when you get clocked in the head, you see stars and you cannot necessarily process pain. Your mind isn’t right and you don’t think clearly. It isn’t until later that your head hurts, with that bag of ice draped over your noggin. All of this talk of getting hit in the body versus the head reminds me of when I got sick from chewing tobacco in the eighth grade. My mind was clear but my body was completely and utterly shut down. This, as opposed to when one drinks and their body is sick. When one is intoxicated they don’t truly feel the pain that their body is in. Getting hit in the head is kind of like that. This is why the standing eight count in boxing is so controversial. Boxers don’t know the pain they are in and if they should or can continue. 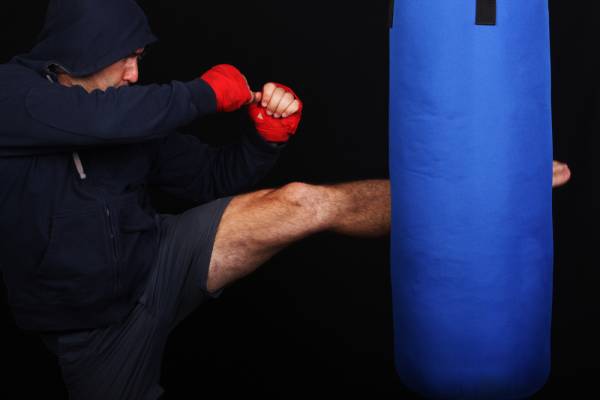 So delivering the pain of a body shot can be done in various effective and debilitating ways, but none more effective than attacking the liver. The liver punch involves striking directly to liver, which is located on the right side of the body in the area around the ninth and tenth (floating) ribs. Typically this is executed with a slight upward angle. The effects are swift and brutal, resulting in immediate fatigue, sharp pain, and loss of breath.

By hitting the liver with force, the vagus nerve is impacted and essentially puts the body in shutdown mode. I recently felt the effects of said blow when I was hit by an upward roundhouse kick to my right side during a muay Thai testing round. Thankfully, the shot occurred with less than thirty seconds left in the round. I was able to stay on my feet to be literally saved by the bell, although I was pretty much slumped over on my feet.

The right body shot can end a fight or make your opponent wish it was over. Many fights have been won with the effectiveness of body shots and even some pretty pronounced knockouts have occurred specifically with the liver shot. One noted instance was when Bernard Hopkins knocked out Oscar De La Hoya with a crushing left hook to the liver. Bas Rutten has become a living legend by winning fights utilizing the body shot and specifically the liver shot. 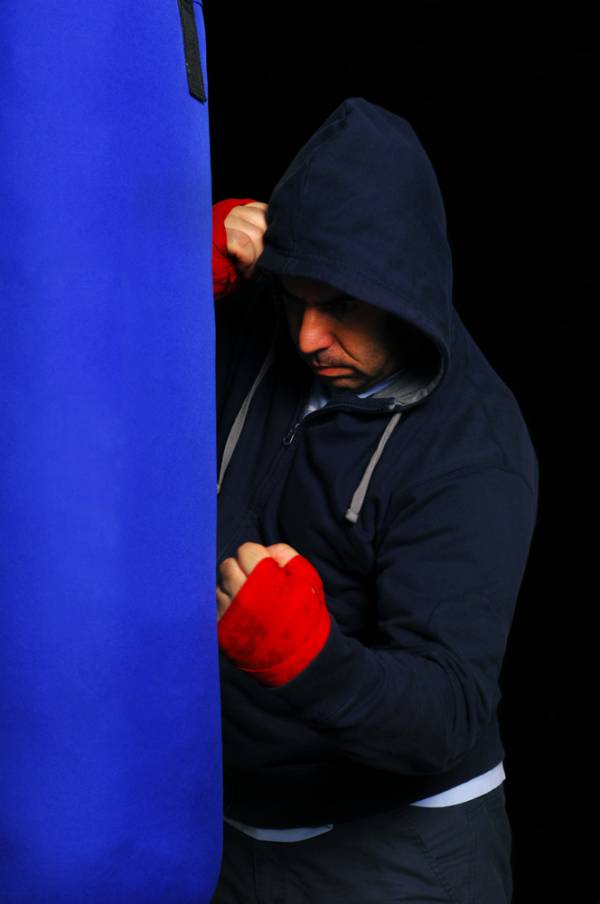 As far as that liver shot is concerned, in order to achieve the slight upward angle and get up under those floating ribs, the optimal punch is a hybrid between the left hook and left uppercut, referred to as a shovel punch. The shovel is a beautiful punch, but it needs to be set up as most power punches do. The best way to set up a shovel is to first, of course, avoid getting hit and move inside off a slip or a bob and weave to your left.

Additionally, throwing high-low combinations are very effective in getting to the body. It’s human nature to pick up the hands to protect the head when getting struck there. Such a tendency often allows for a slight opening on the body. This is similar to the way that striking the body often forces one to drop the hands, which can then open up the head. This is why double-up combinations can be so effective. Mike Tyson did this brilliantly, and with a viciousness, I might add. Throw that left hook high to the head, and then immediately shovel to the liver. It works.

So if doubling up and attacking the body and liver is a great strategy for inflicting pain and winning a fight, how does one prepare defensively for such an onslaught and attack? Here is where one of the great paradoxes lies in boxing and in fighting. The answer lies in being tight but never tight. A fighter’s guard is tight with the hands in close to the body, but never with tight or wasted energy.

Tension is always the fighter’s true enemy as it is generally in life. A fighter must remain calm and relaxed but be impeccable with his form and defense. Getting fatigued and lazy is what leads to mistakes in dropping guard. Keep your guard up and keep it close and you’ll be able to seamlessly crunch down to shield those body blows. If you are lazy or moving your hands away from the body, a true tactician will make you pay. The phrase ‘body blow’ originated in boxing but has come to be synonymous for a severe setback and disappointment. We all suffer them from time to time and I am here to tell you, it’s much better to be on the giving end of said blow than on the receiving end.