Did the controversial swimsuit technology of 2009 contribute to the sudden rise in world-records? What other factors could have contributed or is technology blurring the lines of fairness?

In the world of international sports, any and every advantage that can be gained is capitalized on by the athlete – whether it be training methods, the mobility exercises of Dara Torres, or the world of performance-enhancing drugs. According to the rules of competition, some of these advantages are deemed fair and others outlawed. One element in this pursuit of performance is sports technology and sometimes technology crosses the line from being a fair to an unfair advantage before the rules can catch up.

In 2009 at the World Championship in Rome, 43 world records were set in long-course (50m pool) swimming. On January 1, 2010 the Federation International de Natation (FINA) created new rules for the swimsuits allowed in international competition. Since that time, not a single long-course world record has been set.

A new report published in the Journal of Strength and Conditioning Research looked at this phenomenon to determine whether the Speedo full-body swimsuits introduced in 2008 were to blame or if there were other factors that contributed to the sudden rise in record swims in 2009.

Analysts examined the sport of swimming from 1990 to 2010. They looked at the following aspects to determine the cause of the amazing swim times in 2009:

From this, analysts concluded swimming was improving performances at a rate anomalous with other comparable sports and therefore the commonly shared strength and conditioning methodologies relied on for training could not be the reason. In addition, swim performances were increasing equally across gender and across length of swim event, so it was not one gender or event responsible for the high rate of records set in 2009.

Analysts also felt the pool of swimmers from which competitive athletes were coming was not to blame for the sudden rise in world records. The number of people entering the sport increased on average by 3% each year between 1990 and 2010, while the swim performances increased at far greater rates. 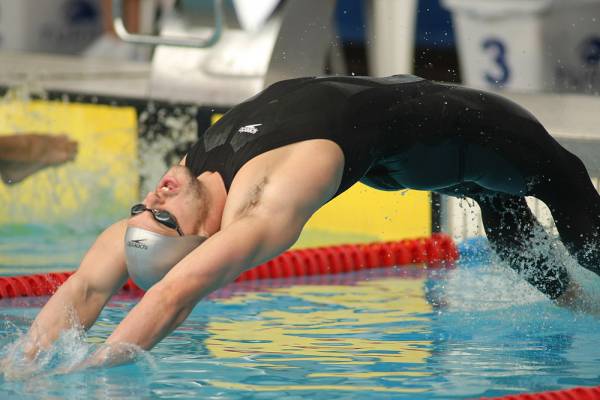 Looking at the 2009 FINA World Championship there was also no individual athlete responsible for skewing the number of world records set. Other than Michael Phelps, who earned three world records, no other athletes broke more than two.

Based on the criteria laid out by the analysts the only contributing factor left to consider was the technology used by the record setting swimmers. In 2008, the Speedo LZR Racer was launched. In 2009, 43 world records were set at the FINA Championships. In 2010 the swimsuits were banned and the best times in the world fell drastically.

As stated in the report:

Full-body, technical suits were worn by all of the athletes who broke world records at the FINA championship meet. These technical suits were able to reduce drag, improve buoyancy, and enhance body compression – all of which could separately or jointly account for improved performance.1

While there is certainly no arguing the dedication and hard work of all the athletes who set records in 2009, it cannot be disputed the swimsuits aided in their performances. As so often happens, the debate of how much technology can or should be allowed to contribute to the pursuit of performance has arisen. While sometimes it is clear to the majority that a tool is not “fair,” as is the case with performance-enhancing drugs, controversies like the swimsuits of 2009 blur the line and cause us to examine what is fair in sports.