The Marines know a thing or two about discipline. But what they also know is discipline comes through breaking you down, pushing you, and through failure. Success can’t happen without failure first.

I had a conversation the other day with a man who was speaking of his son in the Marine Corps. The father beamed with pride talking about the work, courage, and dedication of his son serving in Afghanistan. He was amazed at his son’s ability to persevere in the face of danger and peril. I was curious how a boy who had been his teenage son months earlier developed so quickly into a man full of steadfast bravery and faithful courage.

“They [the Marines] break you down in order to build you back up,” the father said. It got me thinking about what I do for a living and what the best coaches and trainers do so well – create that balance between push and pull, get the very most our of people, and find someone’s breaking point only to bring them back up.

I experienced this first hand as a kung fu student myself many years back. My first venture into the martial arts came at the tutelage of a man without much education or fancy credentials. What my Sifu did have was the ability to know people through and through. I have never met a man with a finer sense of keen intuition in knowing how far to push people and when they’ve had enough. Push someone too far and they go right over the cliff, never to come back. If you don’t push hard enough, you aren’t getting people to realize their potential and they are ultimately less likely to come back because of the marginal results.

This sacrifice takes a combination of both the right teacher/coach/trainer and a willing student. Both can be hard to find. One of the paradoxes of the human experience is that we rebel at times and yet we also crave discipline. It is here we find the crux of what it takes to succeed as a coach or a student – discipline.

What it takes to achieve such discipline is the willingness to fail. We have to get out of our comfort zones and find the willingness to travel down the rabbit hole of facing why we dislike getting uncomfortable. Perhaps we don’t like sweating profusely or perhaps we dislike making the healthy choices because they seemingly aren’t as comfortable. I have some choice drill instructor-like words to say to that sentiment: Tough. Tough luck. 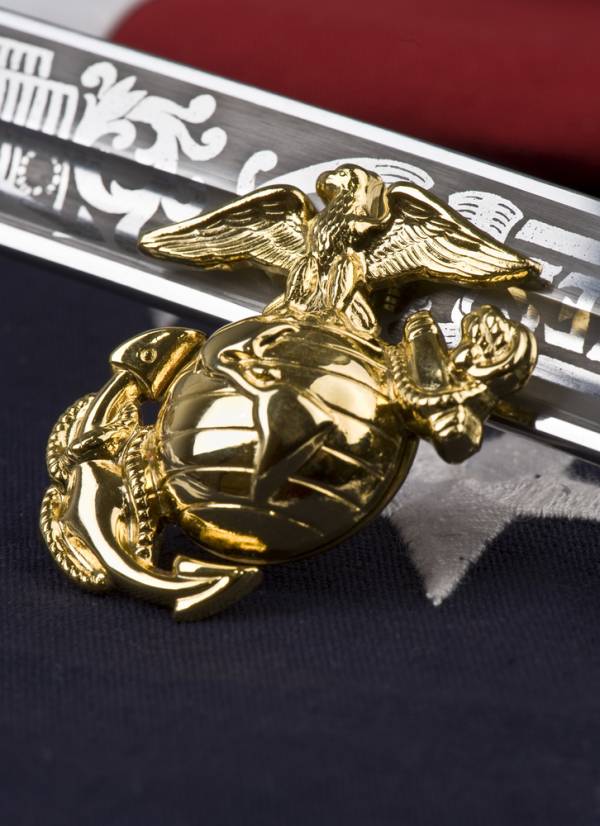 It’s difficult as adults to accept such proposition. The proverbial ‘one step backwards to take two forward’ doesn’t appeal to many. We don’t want to get uncomfortable if we don’t have to and as adults we have the choice not to, so we choose comfort. The drill instructor approach doesn’t resonate with a lot of adults and that’s why the Marine Corps attracts eighteen year olds. Thirty year olds are certainly as capable physically and have the benefit of life experience and critical thought, but once we’re through college, we pretty much march to our own drummer. We aren’t necessarily going to do something just because a guy in a funny hat is yelling at us.

Starting young has a lot of benefits. Learning to fail is easier for youth because as a kid you pretty much fail every day in some capacity. But somewhere along the way, we find a degree of success in our known lives and we forget it came about through failure. With success comes greater confidence, but also greater comfort and therefore a tendency to get complacent.

We all have things we benefited from by starting and learning at a young age. Still, we will be confronted with things in life that will be uncomfortable and must learn or re-learn as and adult. I remember when my dad thought he would re-learn to ski after a twenty-year hiatus. He lasted one day on the mountain. Not to throw my own dad under the bus, but he just didn’t like falling down, so he hung up the skis.

Indeed we must fall down if we’re going to learn. We must get hit if we’re going to learn to defend ourselves, literally and figuratively. Today, make that choice to try something uncomfortable. Tomorrow, try it again, and you will see with every step that it is the willingness to get uncomfortable that creates true comfort. The doorway to growth, change, peace, and success is failure. You have to get broken down to build back up.