Having been involved in mixed martial arts (MMA) for almost a decade, I sometimes forget it is still a new sport to most people. As such, the concept of the sport may not be very clear for people encountering the sport for the first time. What exactly does the name mean – mixed martial arts? What are the “arts” involved in MMA?

Having been involved in mixed martial arts (MMA) for almost a decade, I sometimes forget it is still a new sport to most people. As such, the concept of the sport may not be very clear for people encountering the sport for the first time. What exactly does the name mean – mixed martial arts? What are the “arts” involved in MMA?

While some fans could get into an in-depth conversation about the origins of MMA, recalling Bruce Lee and Helio Gracie, the sport has evolved into something unique from its past and different from any other competitive combat sport. When broken down, however, any athlete aspiring to compete in MMA must study a few basic disciplines.

The biggest promoter of MMA over the years has been the Ultimate Fighting Championship (UFC) which was originally created by Rorion Gracie. The Gracie family has done much over the years to spread the sport of Brazilian Jiu-Jitsu (BJJ).
Although in pure BJJ competition athletes wear a cotton gi, in MMA it is practiced without the gi. BJJ focuses on technique as opposed to strength and is the art of submissions –mainly chokes, arm locks, and leg locks. The strength of a BJJ player is on the ground as it is a grappling art.

Another branch of grappling is “submission” or “catch” wrestling. Born on the old carnival circuit and practiced by strong men and professional wrestlers, catch wrestling is a very real and dangerous submission art.

There are a variety of options for a fighter to train in the striking arts. Kickboxing, Karate, Muay Thai, and boxing are the most popular, but there are even a few successful Tae Kwon Do fighters who are well known in the UFC.

What is important to know is that a fighter can use their hands, elbows, knees and legs to throw strikes.

Because of this, it is more complicated than what most fans are used to witnessing in boxing – and more exciting and unpredictable. Striking is also different in MMA because there is a risk of being taken to the ground by a wrestler, which does not exist in purely striking sports.

Wrestlers bring more to the table than just their physical skill. Typically they have been competing for far longer than other fighters. In the U.S. it is not uncommon for children to begin wrestling as young as the age of 5. Therefore wrestlers often have a competitive mental edge as well as a familiarity with what it takes to prepare for competition.

There are two main styles of wrestling you will see in MMA – Freestyle and Greco-Roman. Freestyle is similar to the collegiate style most people are familiar with, whereas Greco-Roman is a style of wrestling which focuses on the upper body.

Wrestling has two main uses in MMA – controlling the opponent and taking the opponent to the ground. Wrestling is not a submission art, but can put a fighter in position to go after submissions, and wrestling defense is essential for strikers wishing to keep the fight standing. Therefore, wrestling and wrestling defense can be the linchpin for a fighter trying to keep the fight in their domain.

Also, mention should be made of judo, a Japanese art specializing in takedowns. A number of UFC fighters with Judo backgrounds have demonstrated success. 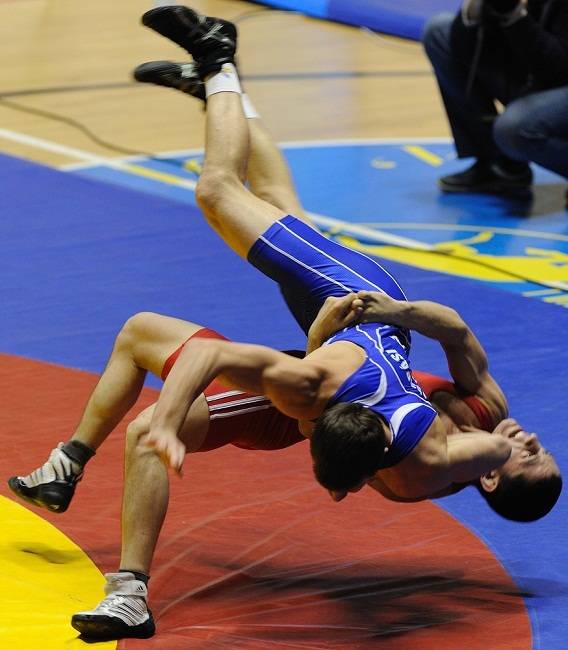 Every competitor possesses different strengths, both physically and strategically, so the emphasis on one discipline versus another may vary from athlete to athlete.

All athletes must have a functioning knowledge of all three areas of submissions, striking, and wrestling, however, to succeed even on a defensive level. It is how these attributes match up between fighters and the sheer number of variables in the outcomes of a match-up that makes MMA such an exciting sport to watch.