The longer I spend training and thinking about Brazilian Jiu-Jitsu, the more fervently I believe it should be treated and studied as an academic discipline. I would like to see smart people develop theory, collect empirical data, and otherwise treat BJJ with the same respect afforded to fields in which people can earn an advanced degree like history or mathematics. Having a doctorate, I have done time in academe as well as on the mat, so I have some basis for comparison.

To my mind, here are just a few of the myriad similarities between the two contexts; maybe you feel this way about your own sport or fitness practice as well:

In BJJ as in academe, there are world class resources and talent. Just as there are award-winning professors and researchers at colleges and universities, so are there international champions, high-level pedagogues and sophisticated technicians in the grappling world.

There are complex and ever changing knowledge domains in both places. And in Jiu-Jitsu, those knowledge domains add a layer of complexity in that they require both intellectual and physical sophistication: successful practitioners strive to DO as well as – and sometimes better than – they talk about what they do.

NOTE: A byproduct of this second element is the nerd – commonplace in both contexts. The nerd is the person who devotes him/herself utterly to the study of his/her field, frequently at the expense of other physiological and social impulses. But nerds come in very handy, so be nice to them, and bring them snacks. And lest you feel compelled to tease a nerd, keep in mind that in BJJ the nerd is the person who has committed him/herself to developing a sophisticated understanding of how to subdue anyone who gives him/her reason to do so.

A third similarity between academe and jiu jitsu, in my experience, is the concept of autonomy. Both the university student and the Jiu-Jitsu practitioner enter as novices into an apprenticeship situation, where they are supported not only in what to do, but what to think, how to speak, how to exist in the context. According to various learning theories I have studied, this support from “more knowledgeable others” is a necessary and important aspect of enculturation into such a context.

Over time, however, the proportion of support shifts, such that the learner is able to take on more and more responsibility for his or her learning experience. I do not mean to imply a learner ever stops learning or needing guidance. I simply mean that in both contexts, the learner is slowly but surely expected to assume increasing ownership of that learning. 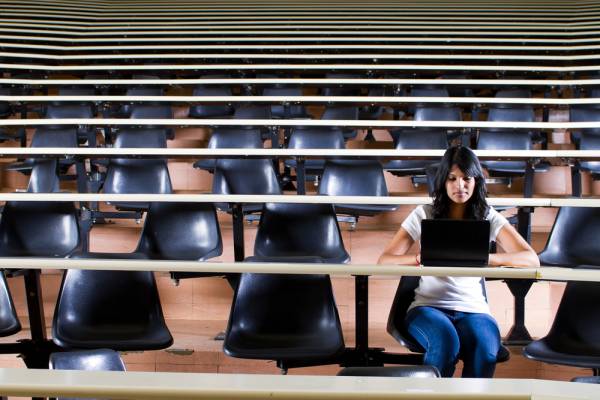 At the women’s grappling camps I co-lead, I have described this as “owning your training.” Over time, both the university student and the Jiu-Jitsu practitioner can decide how they want to avail themselves of the resources (and nerds) available to them while they engage with the complexity of the content, based on their needs, expectations, and limits. Ultimately, while an academic or a grappling context provides many supports for the learner, it is the learner’s decision about how, if at all, to use them.

It’s on this third similarity, the idea of autonomy, that I’d like to focus for the rest of this article and for the next one. I’ve been thinking recently about what I am and am not willing to do to improve at Brazilian Jiu-Jitsu. While I know my choices are likely to be different from other people’s, perhaps it is worthwhile to contemplate specifically what I mean by owning my training. And it’s also worthwhile to take an honest look at what is truly within my power and when I really mean “I won’t” when I say “I can’t.”

So, for before you read part two of this series, give some thought to your own fitness or health practice(s). Consider what you do to support your growth, how that compares to what you think you “should” be doing, and how all of it relates to what your coaches are telling you. These are questions academics are faced with all the time, and they bear examining as they pertain to our health and fitness.

Post your thoughts on your fitness practice in the comments here – I would love to hear them and chat with you.