Strength Wraps are a product created by Kelley Urbani specifically to support the practice of CrossFit. After years of practicing and coaching, Kelley found that one of her staple pieces of exercise equipment were wrist wraps.

She felt that basic wrist wraps could be improved, though, and so was born Strength Wraps. While these wrist wraps were designed for ease of use in a variable environment like CrossFit, the wraps can be used by any athlete accustomed to wrapping the wrist.

The number of wrist wrap designs you’ll find with a quick Internet search is pretty huge. Out of all the available designs though, Strength Wraps boasts one of the simplest designs, and perhaps the greatest versatility.

If you’re going from pull ups to Olympic lifts to medicine ball work in a single workout the versatility is a big asset. There’s no Velcro, and they aren’t bulky or abrasive like many wrist wraps you’ll find. The Strength Wrap is essentially a strip of fabric, tapered at one end with a string ending in a knot. That’s it. 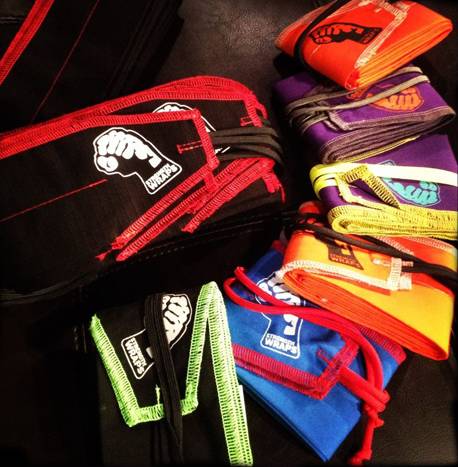 Before I ever put the Strength Wrap on I was convinced it wouldn’t compare to other wraps I’ve used. Coming from a combat sports background I thought it would be too short given there was no way to fasten it, such as Velcro.

Boy, was I wrong. The length of it made it less annoying to actually put on, but it sacrificed no tightness, and was never at risk for falling off my wrist like I thought might happen.

It took me a minute to figure out how to tighten it. The video helped, and it’s simply a bend of the wrist really to achieve both the desired placement and tightness of the wrap.

In testing the product it worked exactly as a wrist wrap should, and again with no irritation that I often find with the “easy to use” wrist wraps.

So how does it compare versus other similar products? Well, as mentioned above, when it comes to the shorter wrist wraps with Velcro and the like, this one is greatly superior. Strength Wraps are just as effective and easy to use, but more comfortable.

Compared to tape, let’s just say I had more hair left on my arm when I was done each workout.

The Strength Wrap is much more comfortable and also adjustable and reusable, whereas tape is none of those things. It’s also much more versatile than tape, particularly for CrossFitters.

That said, it won’t be as consistently tight, and might move a little bit on you if you are sticking to just one activity. That said, I don’t use tape on my wrists for the above mentioned reasons, but I do use Strength Wraps now.

Compared to boxing cloth wraps, there is also greater versatility. I think boxer’s wraps stay tighter for longer because of their length, but for workouts that change frequently, I don’t see this as a disadvantage for Strength Wraps.

Indeed the shorter length makes them a lot less annoying to put on, and they are less disgusting from sweat when removed. Since there is no knuckle cover with the Strength Wrap, you may still want to stick with boxer’s wraps for boxing, but that’s my own personal addition. Kelley never once mentioned them for use with boxing – that was my own idea. 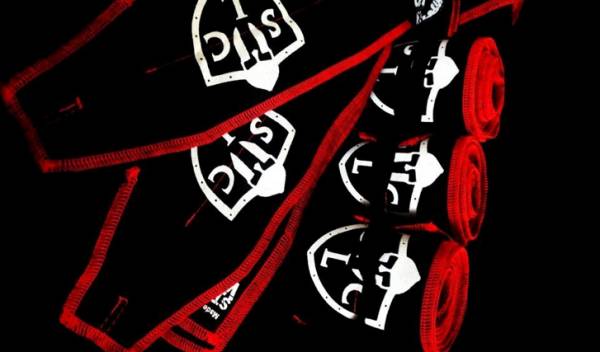 The only recommendation I’d make when using wraps for first timers who want to use them for activities like CrossFit is to test them with light weights first.

The last thing you want is to have a bar flying toward your face in a clean and realize at the last moment that you don’t have the wrist flexibility you need to finish the move. This is not a limitation per se, and is a note in regard to wraps in general, not Strength Wraps specifically.

Kelley offers a variety designs of Strength Wraps on the website, and if you’re considering trying wraps for the first time, or are looking for something different from what you’re used to, this is a great product to check out.

And while it’s great for anyone using wraps, I think CrossFitters in particular will find these a superior product.