Pursuing Your Athletic Passion: Are the Trade-offs Worth It?

You need to be ready to make some big sacrifices if you plan on making it to the top of your game.

I’ve read that we only regret the things we don’t do. Of course, we can’t do everything, but I like to think I am living each day as if it is my last, because, as Breaker Morant observed, one day I’ll be right.

But it isn’t always easy. People who want to live decisively may find they sometimes have to make tradeoffs. Whether we are Olympians, weekend warriors, or somewhere in between, those of us who want to realize the potential in our lives may sometimes face the not-so-positive consequences of choosing this, not that.

The Price of Passion

Recently I have been thinking about the tradeoffs I have made for my own passion: Brazilian jiu jitsu. Over the years, I made countless decisions, both momentous and miniscule, to put jiu jitsu ahead of other people and things. But I do not as often consider the long-term effects of those decisions.

I reached out to some friends who, like me, have pursued BJJ for many years. All of these people, ten men and women, have earned their black belts, participating in some combination of teaching, competing, and traveling for their passion throughout their journey. I guess I went looking for validation that I was not the only one who sometimes looked back on her choices and wondered “what if.”

“I hope each of us squeezes all the sensation and experience we possibly can out of the lives we’ve been given.”

I asked my friends the following question: “What (if any) is the biggest tradeoff you have made in order to achieve your BJJ goals, particularly to earn your black belt?” In retrospect, I find the question to be poorly worded, because as some respondents pointed out, they do not train for rank; they train for love of the sport.

RELATED: The Difference Between Love and Fear In Fitness

Regardless, the question yielded some interesting and heartfelt responses. I discovered the respondents’ beliefs about the tradeoffs they made fell into several categories. While the sample size is small, the comments do provide some food for thought.

Relationships With Friends and Family

Half the respondents mentioned lost time with family and friends as a major tradeoff they made in order to train. As one person said:

“The biggest tradeoff for me was missing so many nights at home with my family. At our home the dinner table is more than just a place to eat, it is where we catch up with each other. It is where we invite friends into our life. It is really important.”

Another echoed this, commenting on how as a blue or purple belt, even though it meant limiting time with family, the thought of missing a class was unacceptable because “I always wanted to get better.”

“I was obsessed with the art, so that means it not only occupied the time I spent on the mat, but the rest of my waking time, as well. I put most of my energy into trying to figure out the jiu jitsu puzzle. That probably extended to (significant others) and friends outside of jiu jitsu as well. I am sure I was a better partner in training than I was in relationships.”

RELATED: Be What You Love: Finding Purpose In Art, Sport and Life

Another person commented on how even time spent with loved ones might not translate into “quality” time, observing that, “when tournaments were coming up…I had to become a different person to focus on the task at hand. And on top of physical time away, (there are also) those periods where only your body is there but your mind is thinking about the match coming up or the one that you just finished.” 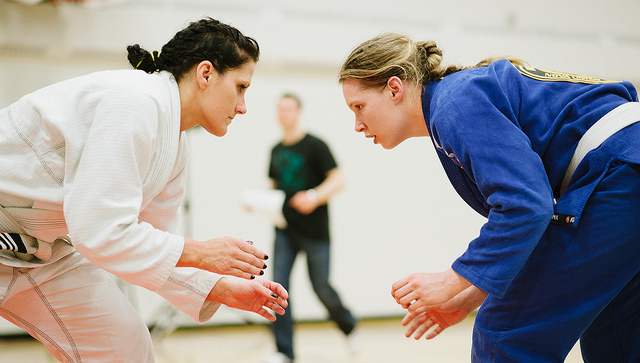 Another respondent mentioned having “an extremely patient and understanding family, which makes the time sacrifice easier, but scheduling issues create a lot of headaches.”

“Over the years, I made countless decisions, both momentous and miniscule, to put jiu jitsu ahead of other people and things.”

Still another observed that the tradeoff didn’t necessarily feel like one in the moment, commenting, “Though I don’t think I was aware of it earlier on, I think I sacrificed my friends, supporters, and community. I was…obsessive about training and competing.” This respondent also discussed competition as all-consuming:

“Competition is an extremely selfish venture (not necessarily negative), and in order to pursue my passions, I made my priority mat time versus friend time, work time, other time. I know that many of my friends were happy to see me thrive in something I loved, but it often meant that other things couldn’t grow as quickly, deeply.”

Health tradeoffs were even more prevalent, with six out of ten people mentioning them. One respondent said:

“I had to sacrifice my body. I traded playing catch in the backyard on Thanksgiving (shoulder pain), going on runs with my (spouse) (knee pain), running around all day with my (child) (back pain), and being able to hop right out of bed in the morning (everything pain), for a black belt in jiu jitsu. When I go to bed at night, I have to create a little splint/fort/gurney contraption out of pillows for my arm, and I have to stay in the same position all night. The alternative is to wake up in pain in the middle of the night.”

RELATED: 3 Steps For Returning to BJJ After an Injury

Another reported that while not all of the injuries were caused by jiu jitsu, “My body is broken. I have had two knee surgeries. I have tendinitis in both elbows. I have advanced arthritis in my neck and moderate arthritis in my back, ankles, and hands. I am in pain every day.” Still another reported feeling “luckier than some in terms of the physical sacrifices,” having needed “only” two BJJ-related surgeries so far. 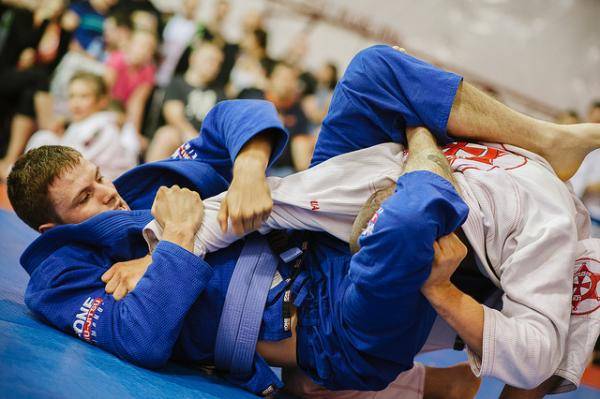 Another respondent described an injured hip that was definitely worsened by BJJ. “I remember particular moments” while training “when my hip got f*cked up.” And yet another described “being miserable because I was nineteen but had the joints of a fifty-year-old.”

Respondents reported a few other tradeoffs. For instance, some decided not to do other things their friends and family were doing because they didn’t want to jeopardize their training. One respondent said:

[W]hen I was coming up in jiu jitsu…I’d go to the mountains with friends and they would ski, but I wouldn’t because I was worried that any kind of injury would keep me off the mat and delay my progress. I avoided most other sports that had the potential for injury because I felt I wouldn’t enjoy them enough to offset the risk of losing the opportunity to train.

I have had to limit some other physical activities which I enjoy. I can’t run to exhaustion, or lift super-intensely on a day when I expect to have quality training partners. Similarly, I need to be very careful of my diet, particularly on days I expect to train hard.

Although the question I asked was about the single largest tradeoff, one respondent commented:

[R]ather than any one major tradeoff or thing I gave up for my BJJ goals, what stands out to me is the cumulative effect of the little stuff. Giving up all those parties and happy hours. Starving for weeks to make weight. You give up those fun things everyone can do to enjoy things not everyone can, but you only live once and opportunities lost are something you can never get back. I wouldn’t trade it, but it’s still tough to think of all those carefree times others had I spent sick with anxiety.

RELATED: Applying the Discipline of a Marine In Your Own Training

And one person’s comments probably don’t need embellishment or interpretation:

Is It Worth It?

Four respondents said they couldn’t think of any tradeoffs, that jiu jitsu was exactly what they wanted to do with their lives. One commented, “I honestly don’t know if there was much of a ‘tradeoff’ for getting to black belt, or getting to where I am now, because for me, this is just what I want to do.”

It’s hard for me to think of the twelve years it took me to reach black belt in terms of things I gave up. I gained so much from jiu jitsu that most of the things I may have missed out on pale in comparison.

Long and short, it (jiu jitsu) became a part of me, so there never was a sacrifice. It’s like finding a job that doesn’t feel like work because you love it so much. Some days it’s a royal pain in my ass, but it doesn’t feel like a job once I hit the mats. It’s all worth the headaches and frustration.

That being said, three of these four people did subsequently mention tradeoffs. But even the respondent who now sleeps in a sling said:

But what are bodies for, if not to allow us to express ourselves through movement, dance, sport, etc? My body is a wreck, but it got that way because I used it to do something I love, and to accomplish something that very few ever accomplish. I wouldn’t have it any other way.

Only one respondent said, “If I had it to do over again, I would not.”

Obviously, if I’m writing a story about tradeoffs, I must be thinking about my own. My goal is not to be a wet blanket. As I said, I hope each of us squeezes all the sensation and experience we possibly can out of the lives we’ve been given. But I wonder sometimes what my life might have been like if I had squeezed more in different places. 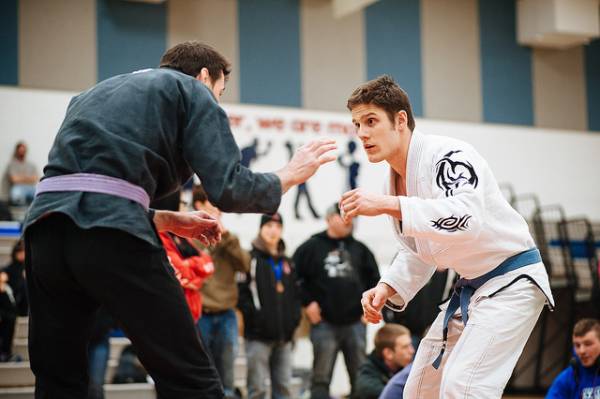 The following comment from one of the respondents really spoke to me, to the point where I teared up when I read it:

I’m pretty ambitious and expect a lot out of myself, but now I am much more cognizant of what I have to give every day. I suppose I sidelined developing the rest of my life in exchange for the opportunity to be great at BJJ. I’m very grateful to have had the time I did focusing 100% on myself and my game, but I also reflect on how rounded out other parts of my life could have been.

Have you made tradeoffs to pursue your passion, whatever it is? Or are you happy with the choices you have made? Or both? Post your experiences to comments.