Well, here we go again. The debate continues: should one resistance train with a fast or slow velocity of movement? I thought this was resolved years ago, but obviously it was not. It is time we take a look at the evidence-based research – and add a dose of common sense – to simplify this issue so we can focus on more important training variables.

Fast and slow are both relative terms. The tortoise and the hare represent a general example of the extreme ends of the velocity-of-movement continuum: compared to each other, one moves S-L-O-W and the other lightening fast. However, when it comes to resistance training, it is not that simple since we are using RESISTANCE! Too many factors come into play (muscle fiber type, limb length, skill, one’s conscious effort, etc.). In addition, there is a subjective nature in quantifying what is fast and what is slow. How fast and how slow when recommending an appropriate velocity to optimize the desired training stimulus? How is that accurately measured?

Let’s take a look at a recent study entitled Difference in Kinematics and Kinetics Between High- and Low-Velocity Resistance Loading Equated by Volume: Implications for Hypertrophy Training. In my opinion, it was another study that further clouds the velocity-of-movement issue. But hang on; I will offer a simple explanation to all of this later on in plain English.

The goal of the study was to determine if two training loads of equal training volume – 35% and 70% of a 1 repetition maximum (1RM) – differed in terms of their session kinematics and kinetics (kinematics = aspect of motion apart from considerations of mass and force; kinetics = effect of forces upon the motions of material bodies).

Twelve subjects were used in this acute, randomized, and within-subject crossover design study.

Time under tension, average force, peak force, average power, peak power, total work, and total impulse were calculated and compared between the two loads for the eccentric and concentric phases.

Based on their results, they concluded that it seems the LLHV protocol may offer an equal if not better training stimulus for muscular adaptation than the HLLV protocol, because of the greater time under tension, power, force, and work output when the total volume of the exercise is equated.

So, what do we make of this study? Let’s take a look at some time-proven facts and the reality of life on planet Earth:

This is exactly the point where many fall off a cliff. 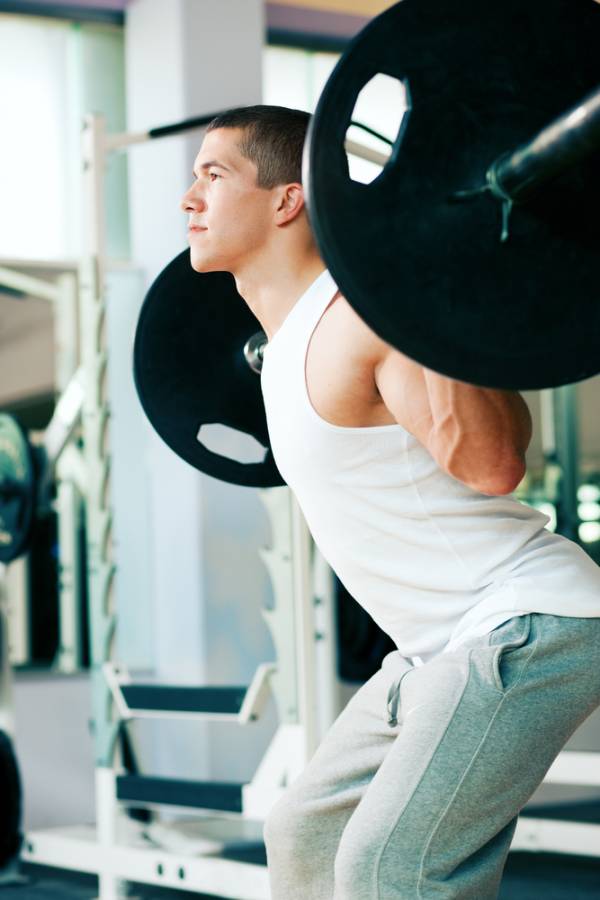 The terms “fast” and “slow” fibers refer the time to fatigue, not velocity of contraction (the difference between contraction speed of fast vs. slow fibers is separated by milliseconds!). So, higher-demand fast fibers fatigue “faster” than lower-demand fibers, which explains why humans cannot sprint for a long time nor lift heavy weights for a high number of repetitions. It also demonstrates why one can walk on a treadmill for an hour: this low-demand activity only recruits a small percentage of slow-to-fatigue muscle fibers. Their endurance capacity allows for this activity to be sustained without the use of higher-demand fibers.

Here is the bottom line for all of you wanting to know “what resistance training speed should I use to grow muscle?”

Common sense dictates that high-speed movements and ultra-heavy resistances can do this. Therefore, two important suggestions:

Take home message: If you want to get stronger, increase muscle mass, and do it with minimal risk of injury – SLOW IT DOWN!