Star Wars came out when I was seven, but I didn’t see it until I was 25. Any member of my generation who learns this about me goes into an existential tailspin. The fact that I failed to see Star Wars, multiple times, in the theater as a child just doesn’t compute with them because it was such a cultural phenomenon and continues to be to this day. I had my reasons, but never fear: I did not miss out on the juggernaut. My friends and schoolmates had the action figures, dressed up like Princess Leia for Halloween, and perfected their Chewbacca impressions. (And that third thing happened a couple months ago.) So I have gotten a snootful of Star Wars over the years.

I’m mentioning this so as to distract from my latest cinematic confession, which is that until this past week, I also had never seen Enter the Dragon starring Bruce Lee. As a self-styled martial artist myself, you’d think I would have watched this movie until I could quote it as well as I can quote This Is Spinal Tap (which is to say, very, very, frighteningly well). But as a child, when I wasn’t watching Star Wars, I also wasn’t watching kung fu movies, as these left me bored and vaguely disturbed by the dubbing into English, which I didn’t understand at the time and believed to be some kind of contagious speech problem.

Many of my grappling friends cite Enter the Dragon, and Bruce Lee more generally, as their inspiration for pursuing martial arts in the first place. They find relevance in the movie for their own lives and martial arts practice that transcends any specific discipline, perhaps due to scenes like the one early on in the movie in which Lee quotes Shaolin commandment number thirteen: “The martial artist has to take responsibility for himself and accept the consequences of his own doing.” Arguably, this is true in any martial art and in life.

In the movie, Lee plays a Shaolin monk and martial artist (also named Lee) who accepts an invitation to participate in a martial arts competition to be held on an island near Hong Kong. Han, the host of the competition, is a former monk from Lee’s temple who has been ousted for unacceptable behavior. It comes out eventually that the island, under Han’s rule, is the site of many shady dealings, including drug trafficking and prostitution, and that Han was indirectly involved in the death of Lee’s sister. Lee ultimately prevails, of course, defeating the bad guys and defending the honor of his temple. 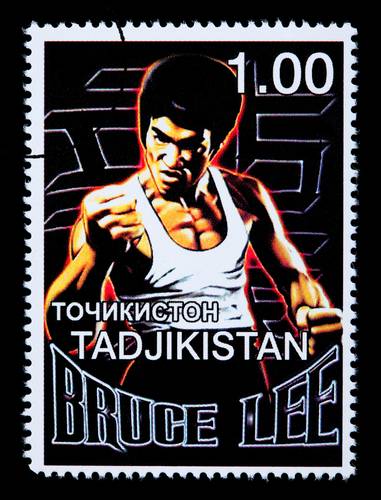 Both the supporting cast of characters and the cinematography are colorful, and of course the combat sequences are, to use a technical term, rad. Some of these sequences, as well as some of the sound effects, line delivery, and facial expressions are also a bit exaggerated. Indeed, the character Williams could be describing the whole movie when he declares to Han, “Man, you come right out of a comic book.” The entire movie seems to be having fun with itself, playing up the theme of good versus evil and the superhero ideology many ascribe to martial artists. There is spectacle, but along with the spectacle is legitimate badassery.

If this sounds familiar, perhaps you are a mixed martial arts fan or have at least watched the Ultimate Fighting Championship (UFC), where menacing nicknames, T-shirt-worthy slogans, and mean mugging abound, alongside actual talent, noble life philosophies, and camaraderie. It’s a combination that seems simultaneously incongruous and natural, and the trappings of Enter the Dragon prefigure from the 1970s what we see in the UFC Octagon today.

Dana White has called Bruce Lee the godfather of mixed martial arts. From the very opening scene of Enter the Dragon – which was filmed twenty years before the first UFC event – you can see why. Wearing a spandex speedo and fingered gloves, which he invented, Bruce Lee looks like a mixed martial arts fighter, like an Asian GSP [Georges St. Pierre]. After a series of judo throws, he taps out his opponent with a jiu jitsu crucifix. A Chinese martial artist using Japanese techniques in a Hong Kong movie was unheard of before Bruce.

So perhaps it isn’t surprising Enter the Dragon remains relevant today. Notwithstanding the obvious datedness of some of the fashions, turns of phrase (including a jaw-droppingly offensive racial slur), and technology in the movie, the desire to defend one’s honor is timeless, as is the desire to kick butt.

But after all is said and done, beyond the continued relevance of the messages in the movie and the excitement of the fight scenes, the most important question still remains: who should be cast in the inevitable remake? Besides, of course, <insert your own name here> as Lee’s character. I have my opinions about who should play Roper, Han, Williams, O’Hara, Braithwaite, Parsons, and Lee’s sister. Whom do you like? Post your opinions to comments.