Just fifteen minutes of massage can have significant effects on proprioception and strength after an intense workout.

Massage has long been used to recover from intense exercise. A recent study in the Journal of Strength and Conditioning Research examined whether or not massage can increase post-workout strength and improve body awareness. 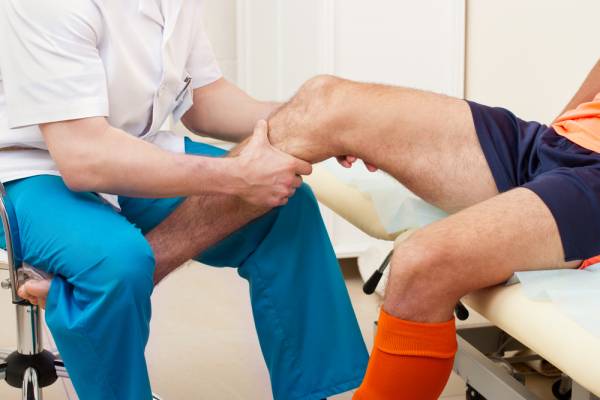 Muscle damage from exercise has several symptoms we may not necessarily recognize. In this study, the researchers focused on key performance measures that would tell us how soon an athlete can get back to exercise and competition. They assessed strength and proprioception, which is the sense of awareness of where your various body parts are in space.

The muscle tested in the study was the gastrocnemius, which lies on the very top and back of your lower leg. This muscle forms the double-tear shape that gives the calf musculature its distinctive look.

21 participants were involved in the study. All of them ran up and down a five-story building twenty times. Eleven of the participants received a fifteen-minute massage on their gastrocnemius after the workout. The remaining ten subjects were in the control group and did not receive a massage.

The subjects were then tested for proprioception with a thirty-meter ball-kicking test. The researchers also assessed strength by using electromyography (EMG) during an isometric flexion of the foot, both before and after the brutal workout. Finally, they evaluated muscle architecture to see how the massage affected the muscle fibers.

All the studied factors were improved as a result of receiving the massage.

Proprioception: Proprioception improved more in the post-massage group than in the control group, but only in the ankle. The researchers noted that since proprioception was measured with a bent knee, the effect of the massage in that area might have been understated. Proprioception is important for both injury prevention and the expression of strength and technique, so this is an awesome finding.

Muscular strength: EMG analysis showed strength was greater in the group that received the massage. The researchers noted the massage probably needs to be focused on the affected region for at least ten minutes to have a substantial effect.

As the researchers explained, massage also affected muscle architecture, which might have contributed to these results:

Note that muscular architecture was only improved in the superficial fibers of the gastrocnemius. The fibers of the calf muscle that were most responsible for strength were developed the most with the assistance of the massage, but only in the fibers closest to the surface. This would indicate that the massage doesn’t have as great of an impact on the deeper tissues and vasculature of the muscle.

As this study shows, the practice of getting a post-exercise massage to benefit recovery is indeed warranted. Massage should be a part of any serious athlete’s arsenal.