Strength is paramount to staying healthy and active as you age. It is important to learn how strategies for developing muscle mass, such as blood flow restriction, might benefit older individuals. 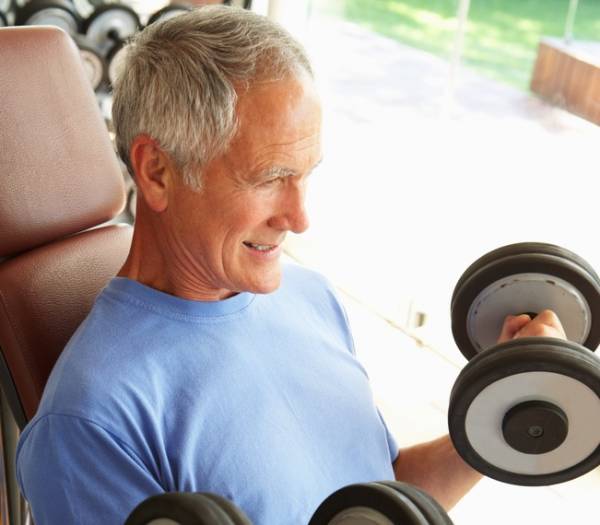 What Is Blood Flow Restriction?

Training with blood flow restriction basically involves putting a tourniquet on yourself, typically around your upper thigh or upper arm. While the research has been mixed as to how tight the tourniquet needs to be, there is no confusion that BFR works, even if you only do it while you’re walking.

The researchers pointed out the advantages of BFR for older people. While a traditional heavy resistance training plan is effective for strength and size, it’s not always a great idea for older populations. The researchers proposed that because blood flow restriction training reduces the load needed to elicit good results from resistance training, it may be ideal for those who can’t lift heavy weights.

23 participants, who were an average of 64 years old, were divided into three groups and completed a twelve-week program. The researchers measured the size of the subjects’ leg muscles, so that one group wouldn’t have more or less muscular mass than the others. The three groups performed the following protocols:

The blood flow restriction group exercised with a tourniquet on, tightened to fifty percent of their arterial blood pressure. Both groups had the cross-sectional area of their quads and their leg press max measured, both before and after the program.

The fact that these two programs yielded such similar gains in size is pretty shocking considering the loads used. In some cases, the heavy-resistance group was working with four times the weight used in the blood flow restriction group. However, the strength improvements between the three groups weren’t as close. With an increase in leg press strength of 54%, the heavy-resistance group realized some pretty big gains. The blood flow restriction group, by contrast, improved by a more modest 17%.

It seems BFR can help build bigger muscles with lighter weight. Perhaps those muscles have potential for strength development in the long run, but it still seems that for strength, nothing beats good old-fashioned hard work, no matter what your age.