Speed Is Power, But It’s Not Everything

You see it in any and every athletic endeavor – speed is power. Muhammad Ali was great for most of his career because he was faster than his opponents with both his hands and his feet.

You see it in any and every athletic endeavor – speed is power. It isn’t always the biggest golfer who hits the ball 300 yards, and baseball pitchers that throw 95 miles per hour aren’t necessarily muscle-bound guys. A golfer who strikes the ball well generates “club speed,” and pitchers do the same with their arms. In the similar way, a fighter who has knockout power and is an excellent striker is also a FAST striker. Ali was great for most of his career because he was faster than his opponents with both his hands and his feet. Certainly Foreman, Frazier, and even Liston packed incredible punches, were more menacing and brutal, but they weren’t as fast.

In World War II, Nazi Germany took over almost all of Europe, the majority of North Africa, half of the former Soviet Union, and even made their way down to conquer Greece. They did so employing a warfare technique they dubbed “Blitzkrieg,” defined as war conducted with great speed and force. The Nazis were able to overpower France in a month and Poland in three weeks with a seeming invincibility never seen before in modern war. It appeared they were unbeatable.

That is, until they got beat playing their own game. Speed is power, but speed also causes fatigue. And while you may overwhelm your opponent in the first round with an incredible blitz of speed and power, you better finish the job, because you just may have put yourself at a disadvantage come the second round. This is exactly what the Nazis did. By not applying any long-term strategy in their military planning, they ultimately were crushed, being over-extended and fatigued beyond repair.

There are two very important considerations and lessons to ponder in such an example. One is that using speed as a tactic in warfare, sport fighting, and life in general takes incredible discipline and conditioning. If you’ve ever run a 400m sprint like your life depends on it, you’ll know what I am talking about. The next is that the application of speed as a tactic requires strategic thinking. This is where the Nazis failed. By having truly erratic and even insane leadership over-seeing their military objectives, the Nazis (thankfully) made ludicrous decisions after their initial overwhelming success.

We see the same thing happen in fighting as well. Mike Tyson had incredible blinding speed and power. He won fights early, explosively, and dramatically. But when others prepared for this onslaught and stood their ground, Tyson would get frustrated and make mistakes. Tyson did not condition appropriately as his career advanced, instead believing in his own invincibility. While a wonderfully gifted fighter, he became a bully rather than a strategic thinker. Despite having the tools to be one of the greatest champions of all time, “Iron” Mike Tyson is instead considered a disappointment compared to what he could have been. 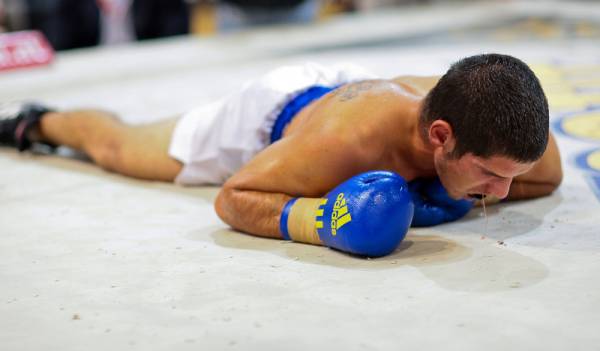 The point isn’t that Mike Tyson is like a Nazi, or even a bad guy. The point is Mike Tyson made critical mistakes after becoming a heavyweight boxing champion and having such brilliant and commanding success early in his fighting career. Mike Tyson was trained by the legendary Cus D’amato to fight like a middleweight or welterweight fighter, using speed to overwhelm his opponents. However, as noted, one has to use speed effectively and with preparation if they are going to use it. One may attack fast, early, and often, but be ready for getting fatigued fast in the process. Be prepared for getting hit back, and believe me, nothing causes fatigue faster than getting hit, both literally and figuratively speaking.

The moral is of the story is preparation physically and mentally. Always condition and always plan. Speed isn’t just an offensive weapon as the Nazis used it. It’s defense, too. If you’re moving fast enough you avoid getting hit. Ask Floyd Mayweather Jr. and he’ll tell you. Floyd may be a hot head, but he’s fast as a whip, both offensively and defensively, and that’s why he’s never been beat. In sports and life, we see great offenses that win and we see great defenses that also get the job done. Ultimately though, winning on either side of the ball comes down to speed. It comes down to quickness with the body as well as the mind.