Step On the Gas: How to Throw a Killer Left Hook

The left hook is a brutal punch, but it’s often thrown incorrectly. Learning to sit back on the rear leg makes all the difference when throwing this potential knockout punch.

The prettiest punch by far in boxing is the left hook. It’s precise, it’s technically sound, and it’s gorgeous. The left hook is the closest power punch to your opponent if you are right handed, and most of us are. But while the left hook is closer and easier to land, it is also a difficult punch to throw properly. Conversely, right hands are easier to throw, but much more difficult to land because we see it coming.

Throwing a right hand or a ‘cross’ is easier for people, because when it’s thrown the weight transfer moves forward, just like it does with most athletic endeavors. Swinging a bat is a transfer of weight forward, as is swinging a golf club or a tennis racquet. In throwing the left hook, however, a fighter actually shifts his weight back to the rear leg. This is why the left hook often follows the right cross in boxing, because your weight is already slightly forward from throwing the cross. With our weight in that forward position, it is set up to shift right back.

What I really like about the left hook, though, is it’s precision. It’s like a finely crafted blade that cuts in a penetrating way on a piece of meat. A well-executed left hook comes in with a sharp and quick snap at a perfect angle. It’s very much unlike its partner on the other side of the body, the right hook. The right hook is really an overhand right and it’s just sort of crammed in anyway one can land it. It comes over the top, or down, or even in a Superman style motion. It’s sloppy, and it’s down and dirty. Where the right hook is dirty, the left hook is clean. It’s no wonder that Oscar Del La Hoya, considered one of the prettiest boxers, loved to throw it so much. It’s a pretty punch and what better boxer to throw it than the Golden Boy.

But a left hook isn’t just pretty. It’s also the most devastating punch in boxing. Because of how it connects perfectly with the side of the jaw, its effects are downright brutal. The resulting head snap from connecting with the jaw is what causes a knockout, and the bigger the fighter, the more knockouts that tend to occur. Many renowned heavyweights used the left hook with particular viciousness. Notably, Joe Frazier and Mike Tyson had nasty left hooks. Some lesser-known heavyweights like David Tua and Tommy Morrison also made almost their entire careers off the left hook. You could argue almost any punch from a heavyweight boxer has enough muscle behind it to knock someone, but let’s go back to what makes the left hook special – its close proximity to the opponent, coupled with the weight shifting to the rear leg. The weight transfer is where most get tripped up.

Many throw the left hook with that precise horizontal angle and it looks correct, but it doesn’t have the transfer of weight. Consequently, it’s more like a jab in its effectiveness. In fact, I’d say the majority of left hooks I see thrown are executed with the fighter’s weight on his front foot. This is problematic because you actually take away power by throwing the punch with your weight forward. Secondly, you end up leading with your head that way. As I have found out the hard way over the years in sparring, you never want to lead with your head like a bull getting stuck in a forward position. When you do, you leave it exposed and closer to your opponent’s counter punch. 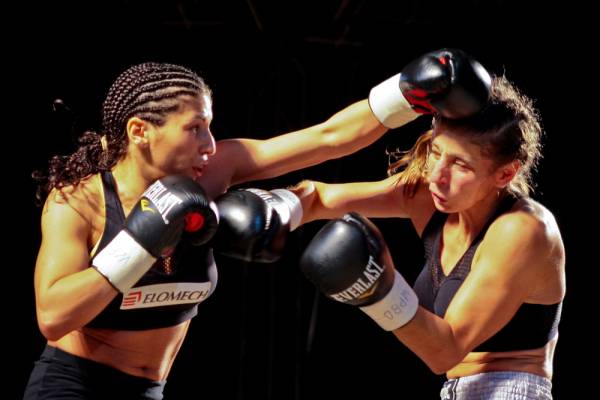 So unlike the cross and other power punches in boxing, the power for the left hook lies in the transfer of weight to the back foot. In this way, it’s harder to teach because people are not used to transferring their weight back, only forward as they would in throwing a ball. In order to shift weight back, a fighter needs to simultaneously step their rear heal down while throwing their left hook forward. This is emphasized by stepping the right heel straight down while pivoting on the left foot.

This act of putting that heel down is known as “stepping on the gas.” In a traditional boxing stance, the weight is neutral with the front foot more flat and the weight of the rear foot placed on the ball of the foot. Such a stance allows for quick pivoting and maximizing angles. You don’t typically put that rear heel down because fighting with flat feet takes away ones mobility. Throwing the left hook is the exception to that rule. Next time you throw that hook, step on the gas and find your power. 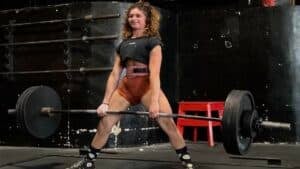