Taking the Adventures Outside the Gym

The best part of belonging to a gym is making friends and doing other adventurous stuff outside of the gym – like Spartan Races, scavenger hunts, and more. What have you tried?

Our staff holiday party this year was the participation in the Fantastic Race, an amped, Amazing Race-styled scavenger competition where teams use problem-solving skills and an open mind to traverse through a series of challenging clues left throughout Los Angeles.

Our particular course circumnavigated Hollywood and downtown, which meant the race was a bit of a sightseeing tour, though honestly we were too focused on the game to notice the historical landmarks.

Also required of the teams was a good level of physical fitness as the game wound its way around many streets, a few of them very hilly.

My team was one of three from our gym. A fourth team we didn’t know also competed. Just the idea of a bit of competition outside of the gym – one that required both wits and fitness – sparked us from the start.

Out of habit and instinct, we sized up the “non-gym” team believing they might be our biggest threat considering we didn’t know them.

“They look a little smarter than us,” I heard one gym mate say. “But they sure as hell wouldn’t out run us!”

At the start of the course, poised to rip open the first clue, we were giddy to be let loose from our natural habitat (the gym) and be challenged in a new way.

At the same exact time, across town and deep in the trails of Malibu, my husband and another gym-mate were in the thick of a Spartan Race. 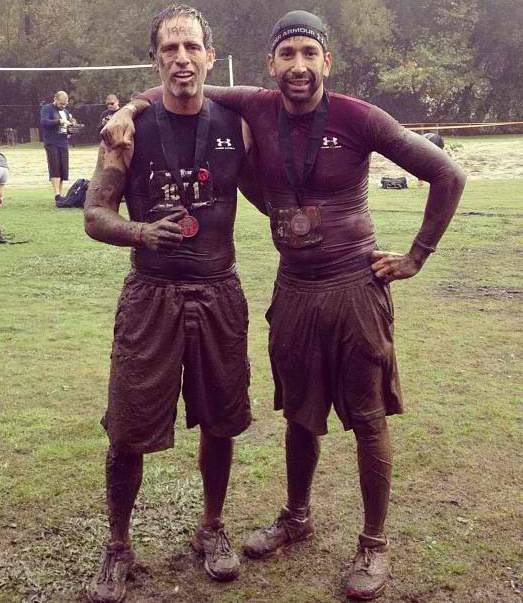 The Spartan Race, chosen as 2012s best obstacle course by Outside magazine, is a muddy, hilly race riddled with a series of physical challenges meant to test “your resilience, strength, stamina, quick decision making skills, and ability to laugh in the face of adversity.”

The Spartan Races were originally designed in 2005 by seven ultra athletes and a Royal Marine. My husband carried a hand-held video camera and from what I saw, the course looked fun and hard – people were dropping off like flies. I could hear the thrill in my husband’s voice as he jumped in freezing, neck-deep water and climbed cargo nets.

Back on 5th and Grand, my Fantastic Race team had figured out where to go next. We looked up the huge hill on Grand, which rose like a wall in front of us, and without thought or discussion we took off running up it.

During the entire race, we sprinted through the city – up long flights of stairs, down metropolitan streets, interweaving through hundreds of tourists on Hollywood Blvd who perused the stars embedded in the sidewalks. It was exhilarating and nonsensical, like we were in a movie scene cast as a comical version of The Bourne Identity.

When speaking to other members of the gym after the race, they said it didn’t occur to them to walk the course either. Their instinct was to run the entire time. CFLA owner Andy said, “We were honked at on numerous occasions.”

Despite the rainy weather we were all sweating by course end and in part this caused us to leave the non-gym team in our dust. We ran into them a couple times during the race and they scratched their heads at our frantic and giddy nature.

My team won the race that day. A small part of us was disappointed that we didn’t beat the course’s time record, but that fact did not take away from how alive and stimulated we felt outside of our regular routine.

Being fit and strong and willing to run the entire course allowed us to be fully engaged in the other aspects of the game. The variety and fun of the activity still lingers now, a few days later, and it was a great reminder to continue to try new and challenging things and do it often.

There are many ways to be physically adventurous outside of the gym setting. 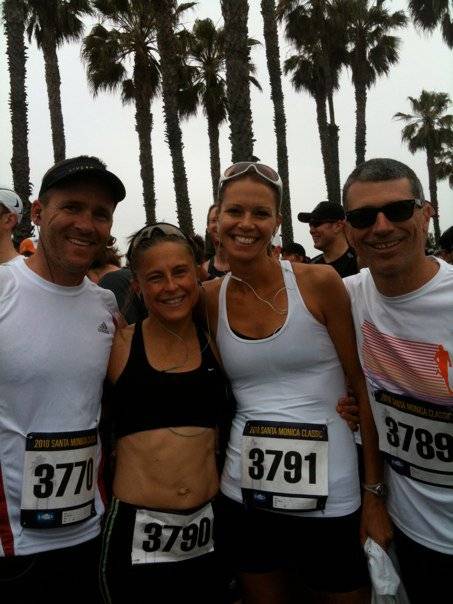 A few members of the gym have created teams for the Tough Mudder series. Some have done marathons together. Other started a mountain biking club that meets regularly to explore local trails.

Just last Saturday, two of our friends hosted a birthday party at a local night club and called it a “Sweat Suit Dance Party.” And if you think our style of dancing isn’t an hours-long workout you are mistaken.

Next weekend, about fifteen of us from the gym will run the Santa Monica-Venice Christmas Run. Running is certainly not my favorite activity, but the idea of running in a Santa hat or an elf costume somehow appeals to me.

Also, running or dancing or deciphering maps in the middle of the city with my friends makes any experience that much more fun.