Drug tests are de rigueur at the Olympics, but new testosterone testing requirements for female athletes could pose problems for women with naturally high levels.

Drug tests are common procedure for the Olympic Games. Proposed Olympic policies for testing the testosterone levels of certain female athletes, however, could pose a problem. A bioethicist at Stanford University says these tests could discriminate against women who may not meet the stereotypical characteristics of femininity and misrepresent the relationship between testosterone, sex, and athletic performance.1

These new testing policies were implemented a year ago by the International Association of Athletics Federations. The tests use testosterone levels to determine whether or not an athlete is “feminine” enough to be competing as a woman. Researchers state it is almost impossible to set a benchmark testosterone level for a female, howeer, since testosterone levels vary so much from person to person.2

“What makes sex testing so complicated is that there is no one marker in the body we can use to say, ‘This is a man,’ or, ‘This is a woman,'” said first author of the paper Katrina Karkazis, PhD, a medical anthropologist and senior research scholar at Stanford’s Center for Biomedical Ethics. “These new policies try to get around that complexity by singling out testosterone levels as the most important aspect of athletic advantage. But what causes athletic advantage is equally complex and cannot be reduced to testosterone levels.”3

Chromosomal testing and genital exams have been believed to be sufficient to determine a person’s sex, but this method has been deemed as flawed. While women commonly have two X chromosomes and men have an X and a Y, there are too many variations on chromosomal markers to use this test in every case. It is uncommon for a female to have a Y chromosome, but it actually occurs on occasion. There are also individuals with intersex traits that are born with reproductive or sexual anatomy that does not adhere to the typical definition of female or male.4

These new policies for testosterone testing were a result of the case of South African runner Caster Semenva, who won a gold medal in the women’s 800m at the 2009 World Championships. Controversy arose because she was considered too “masculine.” Consequently, she was forced to undergo tests. Ultimately, she was ruled eligible to compete as a woman.5 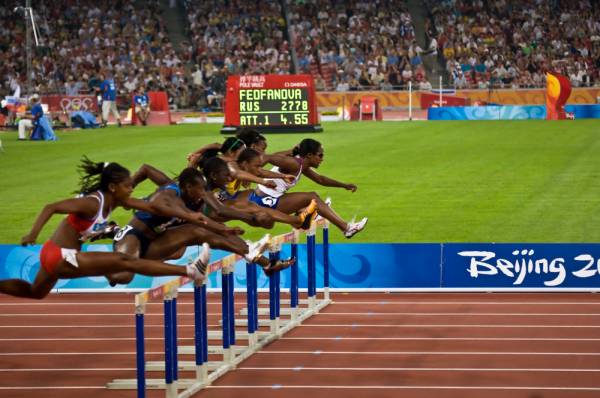 The IAAF policies state that female athletes with very high testosterone levels will be banned from competition unless they undergo surgery or take drugs to lower these levels. This condition is known as hyperandrogenism and female competitors must report this to sporting authorities. Even suspicions or complaints arise about a competitor being too “masculine” can also lead to an evaluation.

“Individuals have dramatically different responses to the same amounts of testosterone, and it is just one element in a complex neuroendrocrine feedback system,” said Rebecca Jordan-Young, co-author of the paper and associate professor of women’s, gender, and sexuality studies at Barnard College and Columbia University. “We don’t even know what typical testosterone levels are for elite female athletes,” Karkazis added.

“There are many biological reasons some athletes are better than others,” the authors write. “It bears noting that athletes never begin on a fair playing field; if they were not exceptional in one regard or another they would not have made it to a prestigious international athletic stage,” the authors note.6