On August 11, skydivers will fall from the sky and perform above an athletic field to dramatically mark the opening a large CrossFit competition sponsored by Reebok. And it’s not the CrossFit Games. This particular Reebok-sponsored CrossFit event will be the 2012 IronWorks Youth Challenge, a fitness competition for kids ages eleven to seventeen held in Simsbury, Connecticut.

The competition will also include a “fitness festival” where more than one hundred vendors will be featured, including a Reebok fun activation zone, not unlike what was experienced at CrossFit Regional competitions. Spectators and attendees can participate in fitness and wellness seminars, sample healthy food, and engage with top fitness brands.

The event, which is hosted by CrossFit Legitimus and coordinated by IronWorks Athletics will be the largest of its kind. Young athletes will compete in three age groups for both males and females, and then participate in three different workouts during the day to test strength, endurance, power, speed, and agility to see who is the fittest. Just like the Games.

The fact that the IronWorks Youth Challenge is sponsored by Reebok is not lost on anyone aware of CrossFit. There is now an automatic association of Reebok and CrossFit with the fittest people on earth and the highest level of competition in the sport of fitness. It is no accident that the IronWorks Youth Challenge approached Reebok for sponsorship. Max Wunderle of IronWorks Athletics said, “We really wanted to create a Games-inspired event for kids, and having Reebok involved works well from an associative perspective. We knew that would resonate very significantly with kids and our CrossFit athlete base.” 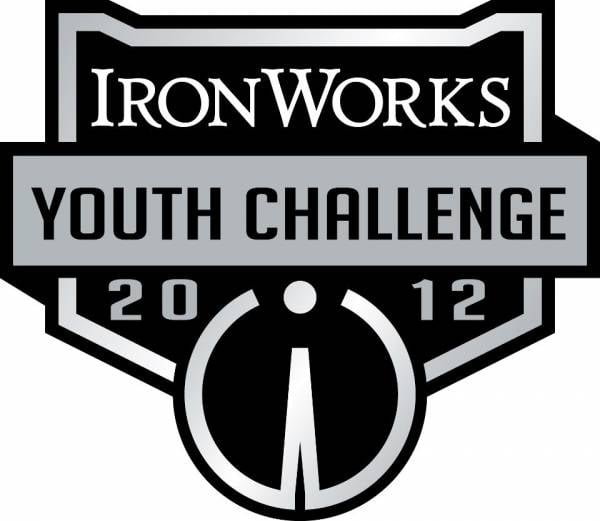 Bringing in Reebok most definitely raises awareness of a kids’ fitness event on a large-scale, professional level. So much so that on the surface it seems to set precedence for what’s to come in terms of grooming kids towards the sport of fitness. But though the IronWorks Youth Challenge outwardly mimics The Games in an almost Junior Olympics kind of way, the overall feel of the event is not about winning or excluding less-skilled athletes. It’s about involving all local kids despite their level and inspiring them toward better fitness in general.

“We really want to celebrate competition,” Wunderle said, “not necessarily winning.” Kids do not qualify for this event, they register. The registration is capped at two hundred athletes, and the first two hundred kids could be of very different athletic levels. The workouts will be programmed with “just enough complexity and variety, yet simplicity, to allow all capabilities to participate without any threat to injury or efficacy.”

The event rides a precarious line of finding the fittest and simply encouraging kids to take part in their health and embracing fitness. For IronWorks, creating a Games experience for kids seems to be more about inspiring them than anything else. Wunderle says their initial idea was to cater to the kids of CrossFit athletes who are in awe of not 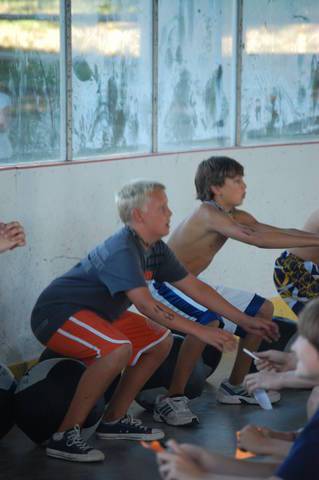 just the Games, but of the athletes they watch at their local gyms, including their own parents. They realized that kids want to be involved, too, and how amazing would it be for a kid to participate in a big-competition experience no matter the level? IronWorks predicts it will be pretty amazing and inspirational, and so do I.

Another important component to the IronWorks Youth Challenge is that proceeds of the event will benefit the James Stover Scholarship Fund. James Stover was a boy from the Simsbury area who died tragically in a sudden accident. He was seven years old and a skater for the Simsbury Youth Hockey Association (SYHA). In honor of James and to remember him through his passion of playing hockey, the SYHA has set up a scholarship fund for local kids in financial need to be able to play hockey.

Through this generous gesture, the IronWorks Youth Challenge is upholding big ideas of charity and giving back through a community connection. And this seems to be the theme with the entire event: create something big to inspire and involve the local community. When I asked Wunderle if he foresaw this event evolving into something directly connected to The Games, where kids will eventually need to qualify, it didn’t seem as important as just getting any kid involved within his own community. “My hope, actually, is that other affiliates create similar events for their local kids,” he said. “In the long term, maybe it will someday grow into a significant test of fitness for kids in terms of higher degrees of complexity, but for now I just want our local kids to feel involved in a Games-like experience.” 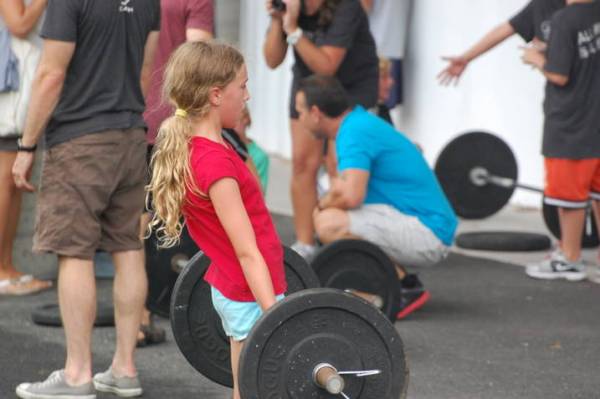 And at its core, this is also the big theme with CrossFit in general. Even with the Games just weeks away, the big stage never supersedes community. When we watch inspirational videos about CrossFit’s biggest stars, it all starts with their hometown, their local gym and their immediate friends who push them and keep their workouts and training not just competitive but fun. I commend the IronWorks Youth Challenge for taking on the challenge of taking a kids’ competition big-time and still trying to maintain a communal feel that is inviting to all levels. And as every CrossFitter knows, nothing is more inspirational.