On September 13, 2001, then EPA head Christine Todd Whitman told reporters at ground zero, “We have not seen any reason – any readings that have indicated any health hazard.” On September 18, the EPA released a statement saying that the air was “safe,” said statement having been made without sufficient data available. Twelve years later, tens of thousands of people who were exposed to contaminated air at the World Trade Center and within a mile of ground zero suffer from ongoing health-related issues ranging from asthma to cancer.

In the case of the World Trade Center, especially in the early hours and days of the crisis, data was the one thing that was especially hard to come by. But you need only to look at photos of the smoldering ash pile that stood thirty stories high and the attendant billow of smoke and dust to make at least a reasonable assumption that the air was contaminated, in spite of the EPA’s assurance otherwise.

But alas, we want to believe our leaders, and for those who have a vested interest, the default response when asked “Is it safe?” is “Of course it’s safe!” In the case of the World Trade Center, the fact was the data was simply not there to make such a declaration. And in the absence of data, defiant denial of the potential for harm should, in my opinion, be replaced with, “We don’t know yet. Let’s find the safest way for you to proceed given the current lack of data.”

How Does This Relate to CrossFit?

There is a longstanding, endless and circular argument that surrounds CrossFit when it comes to injuries. It usually starts with someone outside the CrossFit community making a fairly nebulous claim, such as “CrossFit causes rhabdo” or “Kipping pull-ups are bad for the shoulders.”

The community, usually led by CrossFit Headquarters, responds with the vengeance of a thousand hyenas descending on a wounded zebra retorting that CrossFit is not dangerous, that injuries occur in any sport, that the alternative of sitting on the couch and vegetating can be much worse, and ultimately, that there is zero evidence that there is any data-driven causation between CrossFit and injuries.

Since I have been CrossFitting, the following seem to have emerged as the “big four” in injury allegation:

I won’t go into too much detail concerning the historical arguments because I am sure you have all seen the threads. The gist of the arguments goes something like this:

There are approximately 1.2 million box jumps per year and three documented cases of Achilles ruptures. Those numbers do not support your argument that bounding box jumps are dangerous. We’ve been open since 1998 and we’ve never had a case of Rhabdo. There is zero evidence to suggest that kipping pullups…ad nauseum.

You get the picture. Coincidentally, CrossFit HQ recently held an episode of their Offline program where the topic was pull ups – strict versus kipping. The jumping off point was an article written by 21 CrossFit called Why I Haven’t Taught You To Kip and the topic was whether strict pull ups should precede kipping. Jacob Tsypkin, one of the guests, said this: “Nobody’s every substantiated this supposed risk behind the kipping pull-up. Nobody’s ever proven that. At all. That claim’s never been substantiated.“

And it likely never will be. Here’s why.

CrossFit, as a body, has no data collection mechanism. Think about this, because this becomes the loophole for anyone wishing to defend CrossFit’s safety record. The records don’t exist. Even if they did, it would take years of real study to determine causation. 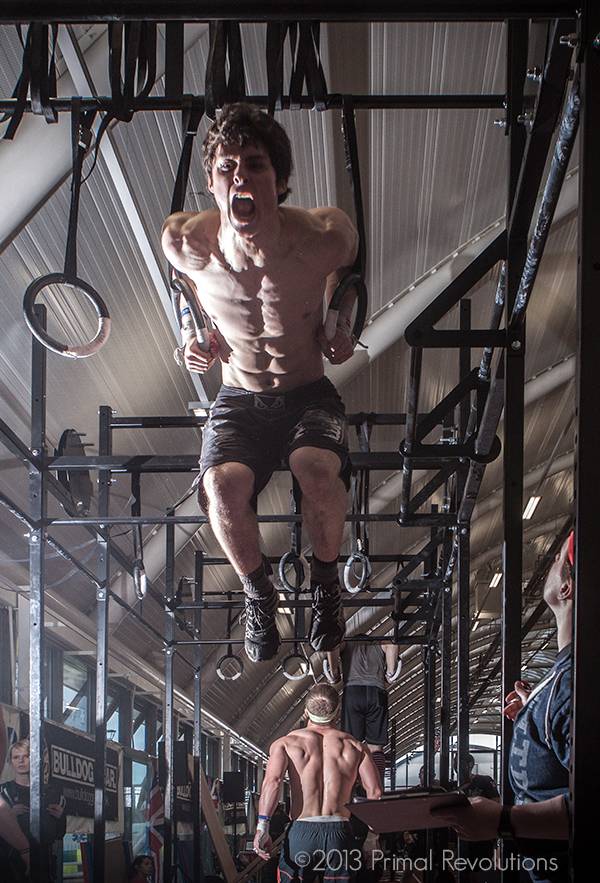 Most corporations who franchise have a central brain to and from which information flows. If you work at McDonald’s in Sri Lanka, and you cut your hand on a jagged mop handle, you fill out an incident report. That report gets transmitted to your regional franchise holding company and then to the corporate headquarters. The information goes into a database, and safety engineers look at trends, injury rate, and stats, and may ultimately decide that the RazorSharp Mop Handle brand is no longer safe and will make decisions for the corporation to find a safer alternative.

CrossFit is different. Because CrossFit is an affiliate system and not a franchisor, the system is less like the head-and-appendages body of a franchise and more like a solar system where the planets orbit loosely around the sun, albeit unattached. Which means there is not now, nor can there ever practically be, any mechanism for reporting of injury data. In a system where CrossFit HQ prides itself on little oversight of its affiliates – you buy the license to use their name and that is it – there is no possible way for CrossFit, Inc., to monitor injury rates or collect data. Any attempt to do so, especially in a mandatory fashion, would usurp the individual powers granted to the affiliate to run things how they see fit. And again, there is that pesky causation problem, especially with musculoskeletal injuries that occur over time.

Now, I did have a rather extended conversation with CrossFit HQ’s Russell Berger on the topic and he indicated there is a loosely-formed data collection functionality in place that involves monitoring the injury forums, communicating with major affiliates, and collecting data from various military, police, and other units. To my knowledge, this data has not been published nor has it been referenced in any way. At the same time, there does not appear to be a public relations effort to address injury prevention other than to vociferously defend CrossFit’s safety record.

Let’s take a close look at this conundrum then. How can CrossFit, Inc., defend the safety record of an unregulated, unmonitored affiliate system? And if the response is, “There is no data to support the fact that kipping pull-ups are bad,” then by default, there is no data to support they are safe. See the problem? That’s why I am not sure I get the hyena treatment of anyone who makes a suggestion that there may be a problem with some aspect of CrossFit’s safety – vis-à-vis 21 CrossFit. That was a well written and positive article, but it drew fire from HQ Media.

If one suggests to CrossFit Inc., “Kipping pull ups cause shoulder injuries,” CrossFit will respond, “There is no evidence to support that claim.” And they are correct. But then, so was Christy Todd Whitman. There was no data. Just a huge smoldering ash pile. 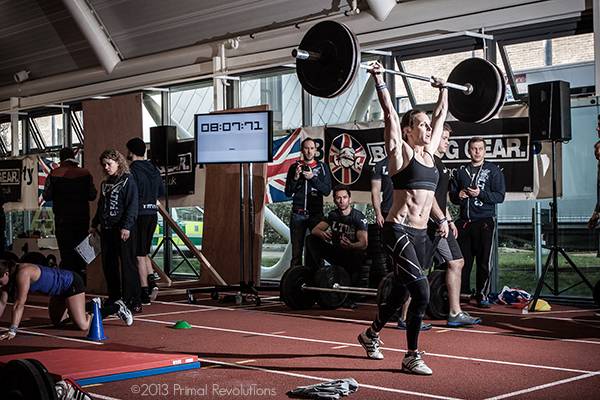 By the same token, since “CrossFit” at-large is 8,000 or so micro-communities, headquarters can no more say “CrossFit is safe” than the President can say “Detroit is safe.” Some cities are safer than others. Some cities are downright dangerous. But you can’t blanket-statement a safety record while at the same time holding the position that there is zero regulation of the communities for whom you are speaking. I hate to be the bearer of bad news, but CrossFit has grown much too large for those speaking on behalf of the brand to even know. There are so many new affiliates that CFHQ can’t possibly know, or speak for – more than a handful.

This Is Not a “CrossFit is Dangerous” White Paper

That point needs to be made clear. Full disclaimer: I kip my pull ups and muscle ups, I do high rep Olympic lifts, and I bound off my box jumps. However, I do this for sport. My goals are not fitness. My goals are sport, and as such, I need to make a choice that exposure to the possibility of injury is a very real thing.

But 99% of people who participate in CrossFit are not doing this for sport. They are doing it to get fit. At the gym where I train, Cincinnati Strength and Conditioning, the classes are specifically geared toward those wishing to be fit, not those wishing to compete. Ergo, box jumps are always step-down-mandatory, and the strict pull ups outnumber the kipping three-to-one in any given month of programming. And very, very little of the daily class programming involves competing against other members in a timed metcon.

The problem is that if you look around at any given CrossFit box on any given day, you will begin to notice a pattern. And that pattern is injury. Don’t believe me? Take an inventory at your box. In the last year, how many of the people with whom you regularly “throw down” have sustained or currently have an injury? Additionally, factor in those people you don’t see anymore. Where did they go? Boredom? P90X? Or are they sitting out a shoulder injury? I know many people who have had shoulder surgery, and many more who have shoulder problems.

It is a conversation we simply must have. Whether there is a specific causation or merely coincidental correlation, there is a preponderance of injury. If you read this peer-reviewed paper, which appears to be the first of its kind, you will see that there is a reported 73% injury rate in CrossFit. That’s too high. (You can read the rebuttal to this study here where the author takes issue with the data collection method and findings.) 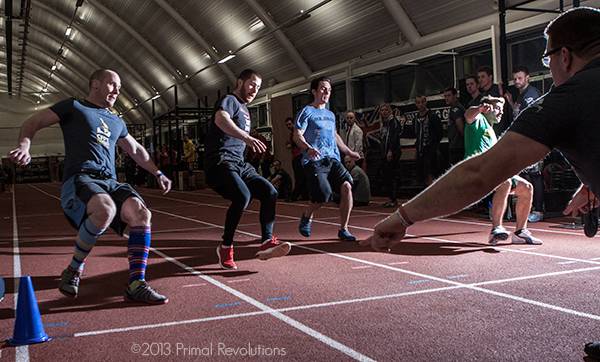 But let’s give that 73% the benefit of the doubt and trim it all the way down to 51%. If the likelihood of getting injured doing CrossFit is 51%, then statistically, you are more likely to get injured than you are to get fit. And that, my friends, is the exact opposite of why we’re all supposed to be doing this.

What I propose is a thoughtful conversation. Rather than taking a tobacco-industry “there is no proof that smoking causes cancer” position, I would much rather see a conversation around long-term fitness that allows CrossFit participants to remain injury free. And I am not just talking about scaling load and intensity – if that worked, then we wouldn’t see the injuries we see. “Randy” with #55 is still “Randy.”

For example, rather than fighting the “you must be able to perform a number of strict pull ups before you start kipping” by calling out the author of an article, why not consider embracing that idea? Or, at the very least, let the author run his box that way without calling him out.

The data may never be there, simply by virtue of the way this system is set up. However, that doesn’t mean we can’t see the smoldering ash pile and billowing smoke. Is CrossFit dangerous? “We don’t know yet. Let’s find the safest way for you to proceed given the current lack of data.”