If you’ve ever seen the 1984 film Amadeus, you saw Best Actor Oscar winner F. Murray Abraham portray Antonio Salieri, a contemporary of Wolfgang Amadeus Mozart. Mozart is arguably one of the most prolific and influential classical musicians who ever lived. In the movie, he is portrayed as the mouthpiece of God Himself, composing beautiful, brilliant pieces seemingly carelessly, despite regularly engaging in coarse, irreverent behavior.

And Salieri is an also-ran, a devout Catholic as devoted to music as he is to his faith – but a mediocre talent at best. The movie focuses on Salieri’s torment at why God would choose Mozart to be the source of such world-changing music, when he, Salieri, obviously cares so much more.

Okay, since I usually write about Brazilian jiu-jitsu, it’s probably obvious I’m drawing some kind of analogy here. Before I do, I’d like to iterate (and reiterate) that analogies always break down, and I do NOT attribute the personality characteristics of Mozart and Salieri to anyone in BJJ. Most of the people I know who train and progress at all in BJJ care very much about it – and stop short of plotting the assassinations of any other practitioners.

That being said, it seems the general concept of Mozarts and Salieris is relevant in BJJ, and perhaps in any creative domain where the proportion of innate skill and personal industriousness varies from person to person. Some people have more natural gifts in Brazilian jiu-jitsu than others. Some people work harder at it than others. Some have and do both.

In rare cases, relatively speaking, the sport sees what we might term a jiu-jitsu Mozart, someone who reaches pinnacles of accomplishment that addle mere mortals. Someone who simultaneously inspires and deflates. Inspires because s/he demonstrates how good it is possible to become at BJJ. Deflates because s/he has set the bar so high that it is barely visible to the majority of practitioners.

What’s probably far more common is someone along the lines of the jiu-jitsu Salieri – the practitioner who loves the sport, spends lots of time pursuing this love, and achieves a decent measure of success, yet is not nearly as accomplished as the Mozart. In the movie, Salieri was bitter, thwarted, and underhanded, allowing his envy to color his actions. But perhaps we can repurpose the idea to empower the vast majority of us who love the sport, but are not likely to become a household name. 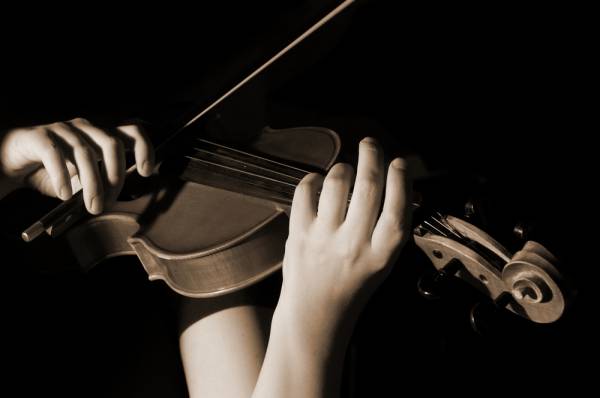 I’m not making this comparison to be a downer. I’m actually more interested in how the typical practitioner can make a contribution to this world we love so much, if we’re not going to set the competition world on fire and end up with hours of highlight footage. Because I believe it is possible to make such a contribution. We wouldn’t be so enamored of BJJ if it weren’t destined to be a huge part of our lives, and if we weren’t destined to leave our mark in some small way.

So, what are we qualified to do? Personally, I have several goals that I feel are a legitimate expression of both my love of the sport and my skill set:

I have opportunities for doing this, which I have stumbled upon and created over time spent training, traveling, and meeting people. And I’m excited at the prospect of furthering the cause of the sport in a way that builds on my other talents and interests.

So, if it turns out you are more toward the Salieri end of the scale, think about how BJJ dovetails with your other abilities, training, and attributes. How can you leverage these to find your own way to become a Mozart, to contribute to the sport that has probably given you so much? List your ideas in the comments section below.

And of course, if you do end up with a world title, that doesn’t preclude you from making a contribution in other ways as well.