The Joy of Being a Woman with Muscles

Unfortunately, I come from a tall family of athletes. My dad is a 1972 Olympic high jumper. I had no chance of being short and petite.

Enter my first dance after the 1995 Western Canadian gymnastics championships when I was 11 years old: The first slow song came on as I was standing with three of my gymnastics friends, who were half my size even then. One by one, boys plucked them away to dance, and I was left standing alone.

The tape that started playing in my head after this moment was, “I’m too big. Boys will never like me because I’m not small enough.”

When I was 18, 19, and even into my early 20s, this tape kept playing in my head. When I became a university rower, of course, I looked at the lightweight rowers with envy. They were the ones the men were into, I assumed.

Of course, it didn’t occur to me that many of them pretty much starved themselves in a seriously unhealthy way to make weight. One friend employed what she called “the 3 S Rule,” meaning when she was overtaken by hunger pains, she did one of three things instead of eat: sleep, shower, or have sex.

My perspective changed when I got into functional fitness and started competing in CrossFit. Though I no longer have any interest in crushing myself for time a la CrossFit anymore, I will always be thankful for the lessons the sport taught me. Specifically, how it changed the way I perceived having muscles and building strength.

The biggest myth that was debunked for me was the boys don’t like me myth.

The idea that I was too big to be sexy to men was so deeply ingrained in my head that this myth was probably the most powerful one that got debunked from my CrossFit experiences.

I remember a moment when I was competing at the 2014 CrossFit Games. There I was, totally terrified amidst the best CrossFit athletes in the world feeling like I didn’t belong because I had qualified from the weak Canada West region.

Because I was feeling intimidated and uncomfortable, I reverted to old beliefs about size. I was 5’9” and 160lbs and felt like the giant, unattractive woman competing at the Games.

Then I spotted Kara Webb from Australia. Her legs were massive. I made a comment to a male friend about the size of her legs in what must have sounded like a critical tone, because he replied and said: “You know what? She probably doesn’t care how big her legs get. She’s one of the fittest women in the world.” Then he went on to say he thought her legs were were super sexy.

Personally, I had always been embarrassed that my thighs were bigger than those of the men I dated, but suddenly I realized there are tons of men out there who found them super sexy.

Where had these men been all my life? They had probably always been there, but I never realized it because I never saw myself as sexy.

All of a sudden, instead of looking at a skinny girl in envy, I started to envy women with larger muscles than me. (I remember measuring my legs against another up-and-coming female athlete at my gym once and her legs were bigger. I was legitimately angry!)

All of a sudden, I was sad I didn’t have big lats.

All of a sudden I was OK with gaining weight.

And on and on.

1. Being Strong and Having Muscle Is Useful

I remember living with a small, Persian girl in university on the 12th floor of an apartment.

When I went grocery shopping, I would find a way to carry six bags of heavy groceries and an oversized package of toilet paper in one trip, because damnit I was NOT going all the way back down to my car to make another trip.

Such was not the case for my roommate. Grocery shopping was an endless and annoying journey for her. She had to wait for the elevator multiple times to make several trips to her car and back, so unloading groceries took her 30 minutes. No wonder she started failing her classes—general life tasks that required strength took up all her time!

2. Being Strong and Having Muscle Helps With Self-Defense

I speak with many women who say that the fear of getting sexually abused is a real fear. Whether real or imagined, their perception is they are vulnerable so they avoid situations where they could potentially be preyed on.

If some big, strong man really wanted to rape me, he probably could, but I don’t walk around harnessing fear. I assume a predator would take one look at me and think, “She doesn’t look all that rape-able,” and move on to a skinnier woman.

Again, whether real or imagined, it doesn’t really matter because perception is everything. As a result, I’m thankful I don’t walk around feeling physically vulnerable.

3. Being Strong Is Empowering

When you start gaining strength—and muscles!—there’s something empowering about it: a feeling of progress, of fulfillment, and of pure pride. You walk with you head held a little higher and you feel more confident. 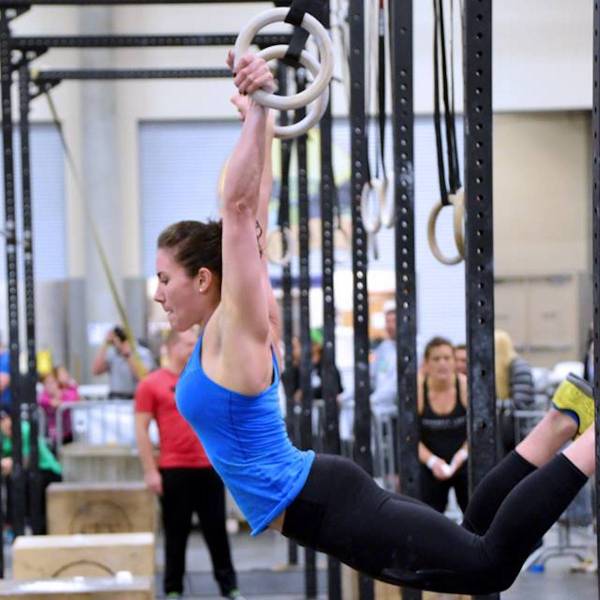 I went from being that young girl who hid my muscular legs behind giant baggy basketball shorts to walking around in short spandex booty shorts feeling proud of the hamstrings I had worked hard to build my whole life.

And now when people approach on the street and ask, “Where/how did you get you legs?” I can look them in the eye and smile and maybe even pick up a new client in the process.

4. Being Strong Helps People to Take You Seriously

Though it’s 2019, I speak with many women who still feel like many men don’t respect them, be it at work or otherwise. As we all know, women still don’t make as much money as men. In my opinion, gaining physical strength, and then embracing it, will go a long way in helping others take women seriously, not to mention in ourselves respecting ourselves.

Here’s an example: I once had a male client who clearly didn’t respect me on day 1. He asked in a round about way if he could train with a male coach, and he generally looked suspicious of my coaching ability.

Fast forward to day 3: the deadlift.

We warmed him up to a heavy deadlift, which was 225lbs for him. It looked challenging and he looked overwhelmed so we decided together that 225lbs was as heavy as he was ready for.

Then, at 6am and totally cold, I decided to step in and demonstrate a few reps, while providing some technical cues in the process. Obviously I did this on purpose: I stepped up to the bar without warming up and cranked out five easy reps at 225lbs while chatting casually as I gave technical cues.

In a blink of an eye, his whole demeanor changed—respect and appreciation I received. He was suddenly an engaged client, ready to learn from a woman.

At the end of the session, he approached me and asked: “Can I ask you a question? What’s your best deadlift?” I chuckled to myself—my plan had worked.

(I later discovered my name in his phone became “Emily Hamstrings.”)

Become Strong For Yourself

Now, I’m not saying you need to have a 300-plus pound deadlift to get a man’s respect—I sure hope that isn’t the case. The point is just to say that when you’re strong, you feel better, are more capable, and take yourself seriously. This self-respect is obvious and goes a long way in the rest of the world taking you seriously, as well.