The Literariness of the Olympics

Sports and literature seem to fall on different ends of the spectrum – one cerebral, the other physical. But as a spectator of all sports, I find the arc of a good game as thematic as a good book.

“That is part of the beauty of all literature. You discover that your longings are universal longings, that you’re not lonely and isolated from anyone. You belong.” – F. Scott Fitzgerald

I easily interchange the word literature with sports in that quote, especially sports at the Olympic level. It’s no coincidence that I am a lover of literature and a lover of sports. They seem to fall on different ends of the spectrum – one being cerebral, the other physical. But as a spectator of all and any sport, I find the arc of a good game as thematic as a good book. The Olympics are an epic masterpiece of triumph, tragedy, courage, redemption, love, identity, ambition, duty, and every other literary theme.

Great literature is meant to expand our understanding of life through an outside experience, yet connect with us by its universal truth. Most of us know pain and love and disappointment. It’s no different in sports. I could never twirl myself around a pommel horse in gymnastics as the world watches, but that doesn’t mean I couldn’t feel the crushing disappointment that gymnast John Orozco, for example, must have felt in his fall from grace in the all-around competition. But as a human being I relate to feelings of failure. I know how it feels to have opportunity slip away. I have felt the same for characters in great books.

Maybe the connection of sports and literature was set at a young age when just as I started to read better books, I was also glued weekly to the Wide World of Sports. There was no ESPN then, so I watched hours of different sports on Saturday afternoon. Before every show Jim McKay set the tone by theatrically announcing, “Spanning the globe to bring you the constant variety of sport. The thrill of victory, and the agony of defeat. The human drama of athletic competition. . .” Since, I have been hooked to every triumph and heartbreak that any kind of sport has to offer me. I remember around the same age seeing snippets of the Olympics: Nadia Comaneci wowing us with perfect scores. Edwin Moses winning by huge margins. A showdown between Mary Decker and barefooted Zola Bud, Decker tripping and losing the hope of gold that was placed so squarely on her shoulders. I felt it all and understood it all even with sports I knew nothing about.

Conflict is ever-present in great literature and the most reoccurring conflicts are glaring in the Olympics, too. The most obvious thematic struggle an athlete faces is (wo)man vs. (wo)man. There are great rivalries being played out: Phelps vs. Lochte, Bolt vs. Blake, the U.S. vs. China. But (wo)man vs. self is probably a more influential theme within competition. Athletes quell internal demons and past failures, past victories even, to run or swim their best race in an exact moment. An athlete’s years-long journey to understand self culminates in a day of competition. The stage couldn’t be more dramatic.

But what of the (wo)man vs. society theme? An Olympic athlete is on a quest for immortality. By medaling they are forever etched in history. They represent an entire country through this quest. As war prevails, and violence ensues outside the walls of the Olympic arena, an athlete obliges their nation, their families, and their teammates in peaceful competition. It’s the best competition has to offer.

“Ships at a distance have every man’s wish on board. For some they come in with the tide. For others they sail forever on the same horizon, never out of sight, never landing until the Watcher turns away in resignation, his dreams mocked to death by Time.” – Zora Neale Hurston, Their Eyes Were Watching God 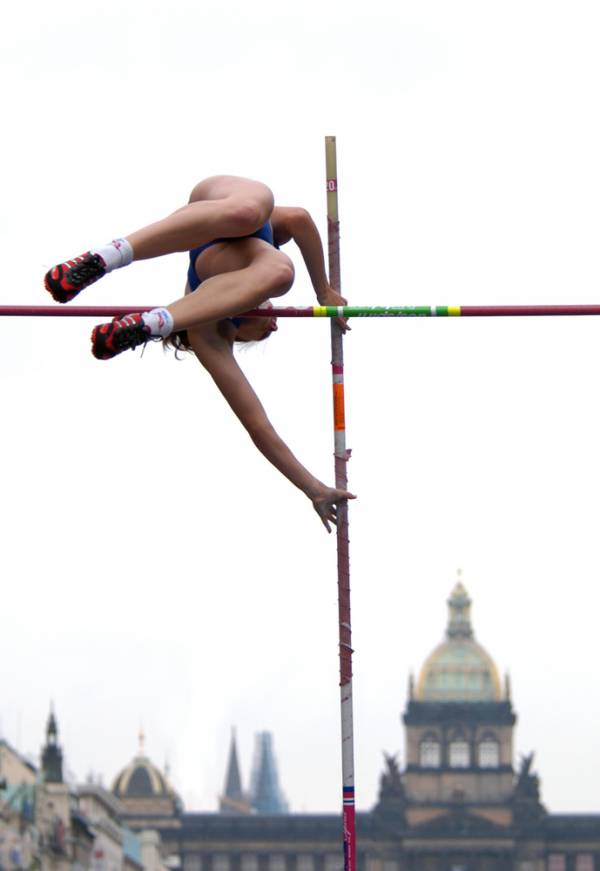 Heroes are mostly made in the participation rather than the victory. Those who defy all odds are the most magnetic. Those who face down failure are most cheered. We root for those characters in books and we certainly root for them in sports. Double amputee Oscar Pistorius who runs on inverted question marks with the able-bodied invokes inspiration and debate. Though he would not medal this Olympics, his presence and perseverance force us to question our own excuses for not becoming our best selves.

“In order to attain the impossible, one must attempt the absurd.”- Miguel de Cervantes, Don Quixote

In a way, athletes – Olympic athletes especially – are dreamers. Woven within the day to day grind of training is the imagination of one’s possibility. The best self we can image is creativity at its best. And this possibility is one of the greatest themes in literature and the Olympics. Years of training may or may not get an athlete to the podium, but the constant work coupled with the constant imagining creates a hope hardly paralleled, except maybe in great works of fiction.