The Pain Game: Four Lessons Learned While Recovering from Surgery

41 was a rough year full of injuries and surgeries, but now that I’m on the other side I’m a more balanced person. Learn how I recovered and the essential lessons I learned along the way.

In 2011, my body disintegrated, and I’m a better man for it. Highlights of my 41st year included tendonitis in my left elbow, shoulder surgery to fix a right shoulder superior labral tear from anterior to posterior (SLAP tear), and a second surgery to shave spurs off my left femur and reattach the labrum said spurs nearly tore off. All this threw down while I was rehabbing a spondylolysis (cracked L5 vertebra) in order to avoid spinal surgery.

While I’m not complaining, I’m also not saying it was fun. In fact, it was brutally painful, having a major impact on both my personal and professional life, but in a masochistically holistic way, I’m grateful. My friend and fitness guru Steve Edwards best sums up why I feel this way on his blog, The Straight Dope. “We think injuries are bad because they keep us from doing what we want at a given time. But they also force us to change, which, with the right outlook, is almost always a good thing. Change forces adaptation and adaptation is the key to making progress.”

While I still have plenty of rehab ahead of me, last week, I turned 42 stronger, calmer, more balanced, and with body awareness I never thought possible. I could write a book in the lessons I’ve learned, but today I’m going to try to distill them down to a few bullet points in the hopes that something might click with you if you’ve hit a rough patch.

The temptation is to sit back and let modern medicine cure you. Don’t do this. Treat your medical practitioner like a problem solving partner. The more you know about your body, the more information you can provide your doctor or physical therapist, and the better they can diagnose. Also, I’ve found the more I know about exactly what’s going on inside my body, the less it stresses me out. I don’t like feeling like a dog who’s being beaten and doesn’t know why.

The Internet is a great tool, but don’t limit research to that. Talk to people. Ask questions. For example, my massage therapist helped me immeasurably. I would ask her what was especially tight, then I would research stretches for those muscles. When she commented on how knotted my rhomboid (upper back) muscles were, I did a little homework, taped a couple tennis balls together and made a nightly ritual of rolling around on them for a little self-myofascial release. The almost instant range of motion this gave my post-op shoulder was amazing.

A lot of people want you to believe that their solution is the only thing that’ll relieve your pain, whether it’s a drug, an exercise, a brace, a book, or some Florida swampland. On one hand, they’re full of crap. No single cure works for everyone. On the other hand, this might be the cure that works for you in particular, so unless it’s an obvious rip-off, give it a try. It might not work, but that’s okay because then you can try something else, right?

Eventually, something will jibe, probably because of A) you did it at the right time in your recovery, and B) it fits well with other modalities you’re playing with. 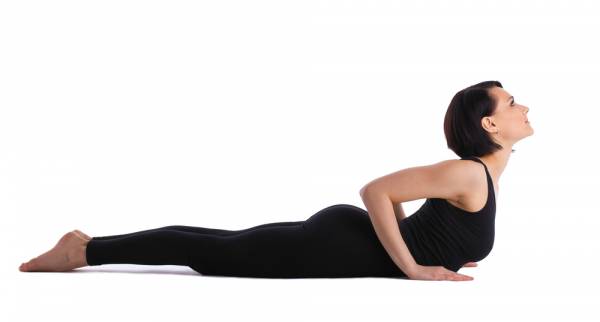 If you ask me what “fixed my back,” the short answer is a therapeutic yoga practice called viniyoga. But if you’re interested in the long answer, I’d been working my core for months in a physical therapist-assigned program. Standard treatment for a spondylolysis involves avoiding lordosis, or bending backwards. Viniyoga features a variation of cobra pose that puts you in mild lordosis, but also strengthens your lower back muscles, which wasn’t happening with the traditional core work. It turns out I needed that. The rest of my trunk was already rock-solid. Adding that element brought it all home.

Furthermore, I’m inclined to push workouts hard. At that point, my core work was the only thing I could do, so I unconsciously turned gentle, restorative rehab into a nightly Crossfit-like rampage. Once I started alternating core work with yoga work, it gave my back the space to heal.

And further-furthermore, right around the time I started viniyoga, I fell madly in love. The relationship didn’t last (so if any of you ladies out there are single…), but I’m certain that the massive serotonin load it blasted into my brain helped immeasurably.

One of the main pieces of advice you get when rehabbing is to “listen to your body.” Truth is, that’s much harder to do than it sounds. We live in a society that values toughness. We’re told to “man up.” Pushing through pain is seen as a quality of excellence. This may be true, but over time, I think it can distort your ability to perceive pain. Add to this whatever psychological baggage pushes you to get “six-pack abs” along with the fact that if you’re reading this, you’re probably addicted to exercise. With all that going on, how can you listen to your body when your head is shouting louder?

Admittedly, the physical pickle I got myself into was particularly sour, but it happened because I’d spent a lifetime “pushing through” pain. If it didn’t hurt, I wasn’t working hard enough. There’s merit to that, but if you’re hurt to the point that you’re in pain most of the time, stop. Your sport will still be there after you’ve healed. I know this sounds impossible, but it can be done. I had to stop surfing for a year. The first couple months were brutal, like, crying in the fetal position on the couch from exercise withdrawals brutal. But I did it. So, ask yourself, are you man (or woman) enough for that challenge? 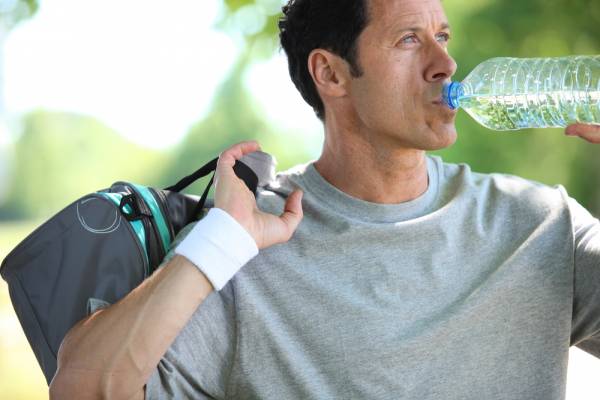 Hurting sucks. If you’re injured, you’re probably hurting quite a bit. And if you go under the knife, you’re going to be hurting even more. As you heal, there will be good days and bad days, but eventually, you should get better. In the meantime, the trick is not to let pain get to you. How you do this is up to you. I had a lot of luck with icing. Anytime I felt overwhelmed, I’d hit the couch with a couple of icepacks, numb the pain, and find a place of clarity. While I’m not generally a religious person, I also had some luck using a Buddhist-inspired technique embracing suffering and taking it for what it is. If you acknowledge pain and let it happen, it has less of an impact because you’re not letting rage and frustration amplify it. If you want to learn more, Dr. Jon Kabat-Zinn does a great job of teaching these practices while downplaying any spiritual aspects of Buddhism that might not sit well with you.

Of course, your path might be different. It could be a question of finding a new hobby that you can focus on, surrounding yourself with friends and family for support, or making your way through the entire 7-year run of the original Mission Impossible series on Netflix (which is something I may have done but won’t commit to in writing).

If you’ve read this far, odds are you’re injured and you’re seeking an answer. Hopefully, I’ve given you some new clues. What you’re going through stinks. I’m acknowledging that from across cyberspace. But if you’ve read this far, you’re also a seeker, a problem solver. You’re the kind of person who makes things work, who can accomplish anything. Your mission, should you choose to accept it, is to acknowledge your injuries, get the pain under control, and slowly, patiently, reclaim your life.

Otherwise, you can go ahead and self-destruct, but I don’t recommend it.