Oscar Pistorius opened my eyes to the Paralympics. I was embarrassed to realize I knew little about them and was amazing at the adaptive sports and level of athleticism the competition hosts.

One of the best things to have happened to enhance the popularity of the 2012 Paralympic Games was when Oscar Pistorius tried to separate himself from them. When Pistorius qualified for this summer’s Olympic Games against non-disabled runners, the controversy immediately began to swell over his “bionic” legs. During one of the many interviews I watched of him deflecting questions about whether his metal legs gave him an unfair advantage, he said, “If these blades were an advantage, then all the athletes who run and compete on them would have qualified.” I thought, “Who else is competing on those?” Immediately, I wanted to know more about the Paralympics. Immediately, I was embarrassed that I hardly knew anything about them.

The Paralympics are actually the second largest sporting event in the world, following only the Olympics. The first incarnation of the Paralympics was held in 1948 and ran concurrently with the London Olympics. The event was called the International Wheelchair Games, and was developed by a doctor living in England named Dr. Ludwig Guttman. Dr. Guttman rehabilitated disabled veterans, and he believed sports therapy enhanced the quality of life for people who were wounded during World War II.

The first official Paralympic Games were held in Rome, Italy, in 1960 and involved 400 athletes from 23 countries. Originally, only wheelchair athletes were invited to compete. Since that time, the Paralympic Games have grown dramatically. The present-day Paralympic Games include five major classifications of athletes: those with visual impairments, those with physical disabilities, amputee athletes, people with cerebral palsy, people with spinal cord injuries, and “Les Autres,” which literally means “the others” and includes athletes with a physical disability not included in the categories mentioned above, muscular dystrophy as an example. 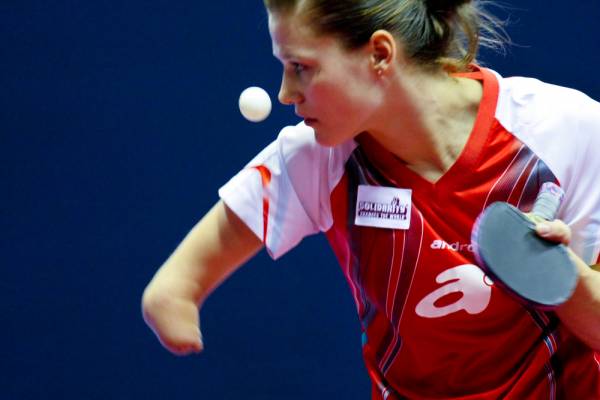 Within the six disability categories the athletes still need to be divided according to their level of impairment. The classification systems differ from sport to sport, and are intended to open up sports to as many athletes as possible, who can participate in fair competition against athletes with similar levels of ability. And because athletes are competitive by nature, there is plenty of controversy within this classification system.

It might also be commonly believed that “para” of the word Paralympics somehow means disabled when in fact it stands for “parallel,” as in the event runs parallel to the Olympics. This was the original intent of Dr. Guttman. But it wasn’t until the 1988 Seoul Olympics that the Paralympics were held directly after the Olympics in the host city using the same facilities. There wasn’t even a formal agreement with the International Olympic Committee (IOC) until 2001. The first Winter Paralympics were not held until 1972 and it wasn’t until 1992 that they started using the same facilities as the Winter Olympics. 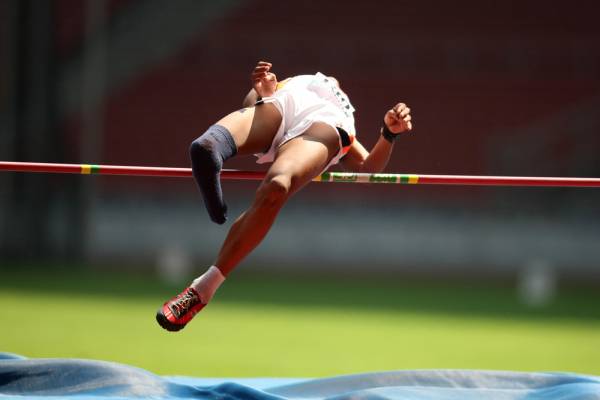 What might stall the popularity of the Paralympics most – and what is least talked about – is possibly the unease of the able-bodied with the disabled. What is politically correct to say or think? What is the best way to cheer on or encourage? Is encouragement by the able-bodied condescending to a disabled elite athlete? Every disabled person is as different as every able-bodied person so these answers vary. I personally can only cheer exactly how I cheered every athlete in the Olympics. Many disabled have taken an aversion to the Paralympic media coverage, mainly in the UK, because it is doused with a patronizing “look what they can do!” tone. There are also suggestions that if any disabled person just put their minds to it, they too could excel at sports. That’s about as true as if I just put my mind to it, I could be Misty May Treanor. It is insulting and devalues the talent and training of a top athlete.

After watching sparse Paralympic coverage online, it’s hard to even categorize the events as disabled. Kari Miller, the libero of the U.S. seated volleyball team and two-time silver medalist puts it best. “I don’t play a disabled sport,” Miller says. “I play an adaptive sport. It may be difficult for me to play a standing sport, but we adapted it so that you have the same level of difficulty that I will, sitting down. It’s not easier. They just made it able for me to play it – so it’s adapted for every player to have a good time.”2 Miller, a double amputee, was on active duty in the Army when while visiting her family for Christmas in 1999, she was hit by a drunk driver causing the loss of her legs. 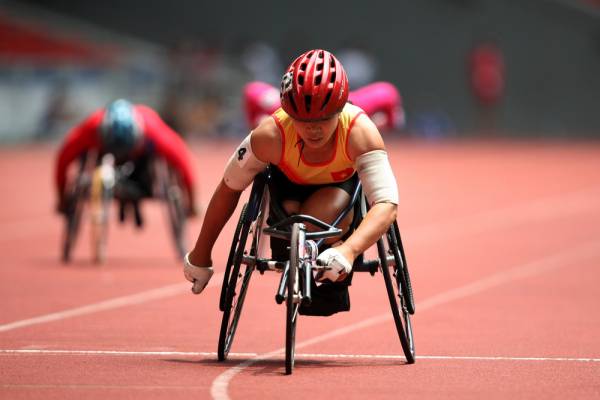 However slow, the popularity of the Paralympics is on the rise. In 2012, there were over four thousand athletes representing one hundred fifty nations. Endorsements are starting to trickle in for the star athletes. One upswing in popularity comes from the expanding coverage of the increased number of veterans injured in the wars in Iraq and Afghanistan who now compete in the Paralympic games. Some veterans are excelling like Navy Lt. Brad Snyder who exactly one year ago lost his sight when he stepped on an improvised explosive device (IED) while on military duty in Afghanistan. As a Navy diver, he was already a proficient swimmer. As a blind Paralympian swimmer, he is now a two-time gold medalist.

The coverage of the Paralympics was nearly nonexistent in the U.S., which is a shame. The opening ceremonies alone were brilliant. Stephen Hawking was an opening orator and his calming, electronic voice questioned our perceptions of the universe, questioned our perceptions of the abilities of those who live within our universe. “If we are just a set of rules and equations, what is it that breathes fire into the equation?” The Paralympics highlights the diversity of sources from which this fire comes.

Are the athletes in this amazing video less-than? I don’t see it. Their drive, determination, even the notion to fight the odds resonates as a universal trait of any elite athlete, and nothing less than that.